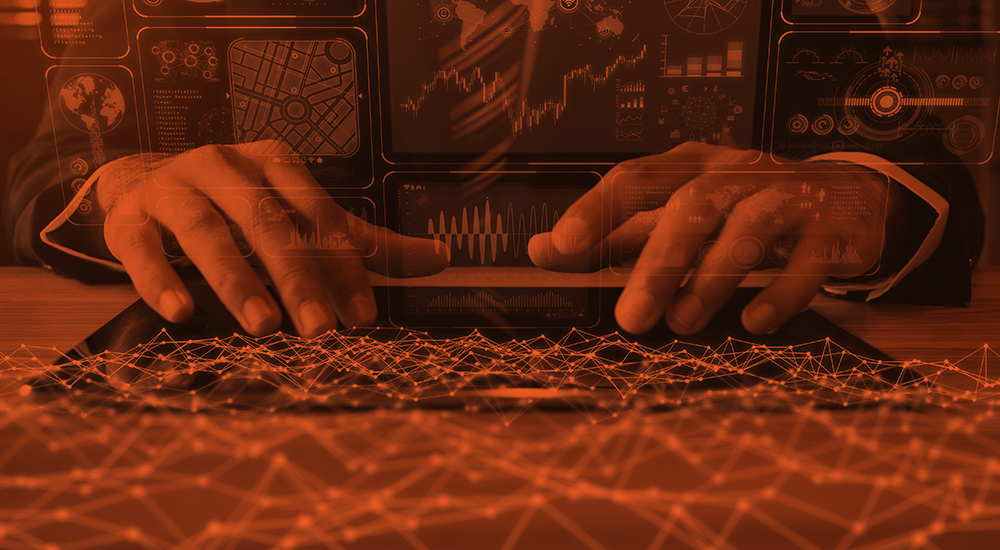 The robots are coming, and they are coming for our jobs.

This is the fear that has been stoked by headline after headline written about the imminent arrival of the robotic future. Given the pace of advancement in automation and AI, it is only natural for some to imagine a dystopian future rife with massive unemployment.

See "LEAP Panel: The Future of Work, According to Four Very Smart People" for expert insight on what work will look like in the future.

But is that really going to happen?

I don’t believe so. I believe this new era of intelligent machines and software will only increase the demand for, and focus on, the uniquely human talents of invention and innovation.

Key to that is leveraging automation to unlock human creativity and productivity. In other words, you want the robots on your team.

Here’s why, and how to make that happen.

Technological Automation is Not New

Let’s first take a step back and recognize that technological automation has been happening for thousands of years. First came the domestication of animals and the invention of the wheel.

Then the Industrial Revolution began in the eighteenth century. Hand-production methods finally gave way to machines powered by water and steam, creating the first factory systems.

More recently we have seen the rise of the digital revolution and all of its attendant wonders for modern life.

Over the centuries of rapid automation, we have seen an extraordinary rise in per-capita wealth and employment. Jobs are better, more satisfying, and higher paying for more people than ever before.

Automation Replaces Redefines Jobs (Or the Myth of the ATM)

So what happened? It turns out that ATMs allowed banks to open more branches because they didn’t need to hire as many human bank tellers to staff each branch, which resulted in an overall increase in the number of human bank tellers hired.

This same redefinition of high-value vs. low-value activities is happening worldwide, and is due to automation. Economists call this shift “job polarization,” where routine-oriented jobs give way to non-routine jobs that require a high degree of cognitive skill and flexibility.

Rise of the Knowledge Worker

Knowledge workers use mind power instead of muscle power. They use information to innovate and create. The Bureau of Labor Statistics estimates well over 60 million knowledge workers are employed in the United States. This is also the fastest growing group of workers.

I’m a knowledge worker, and chances are that you are one, too. 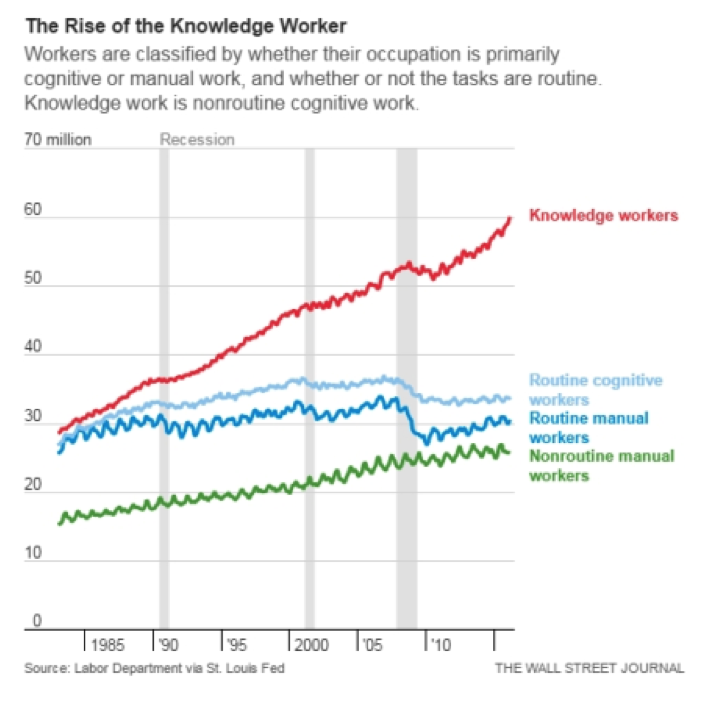 The Challenge of Digital Work Automation

We have established that the robots aren’t coming to create a jobless hell for us. In fact, robots present both a real challenge and a tremendous opportunity. I believe this challenge was framed quite accurately by the late, great Peter Drucker when he said:

“The most important, and indeed the truly unique, contribution of management in the twentieth century was the fifty-fold increase in the productivity of the manual worker in manufacturing.

The most important contribution management needs to make in the twenty-first century is similarly to increase the productivity of knowledge work and knowledge workers.”

Here are three steps that an executive leadership team can take to begin the journey toward unlocking the productivity of their knowledge workers with digital work automation:

To Win the Future We Must Change How We Work

Economic historians acknowledge the onset of the Industrial Revolution as the most important event in human history since the domestication of plants and animals. However, I believe we are now at the beginning of the greatest ever tectonic shift in the status quo.

Meeting Drucker’s challenge of increasing the productivity of knowledge workers in the digital age is at the heart of this revolution, with technology as the key enabler.

In this revolution, the journey and the destination are one and the same: enabling humans to focus on what we do best—dream, create, and innovate.