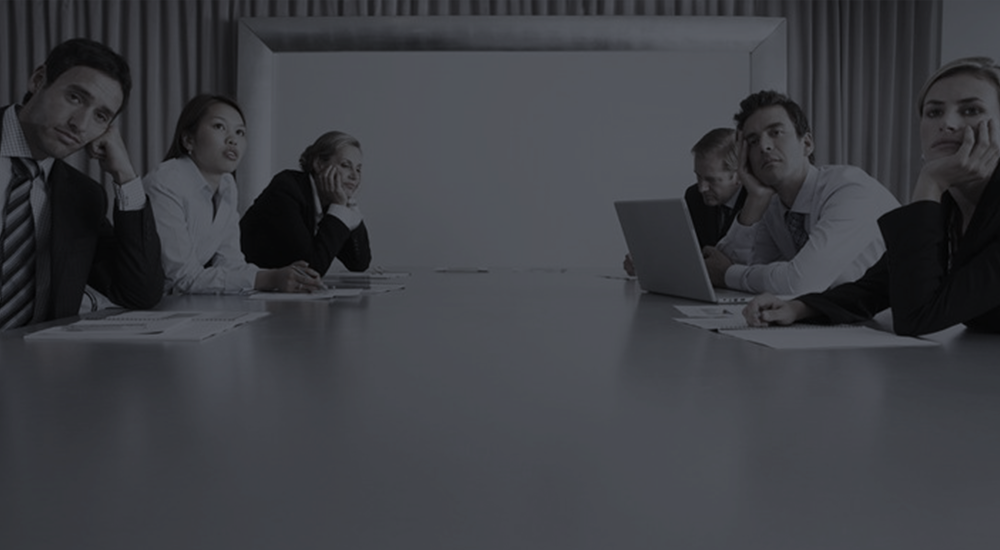 Despite our groans and gripes, meetings are a necessity in virtually every business.

In fact, even with so many other communication options like IM, email, texting, etc., 68 percent of enterprise workers still rely on planned, face-to-face meetings to communicate with other departments, groups, and teams within their company.

But, for many companies, things have simply gotten out of hand. Meeting mayhem has turned otherwise efficient, productive organizations into black holes where hours mysteriously begin to disappear as soon as someone sends an invite.

The too-many-meetings burden brings productivity to a crawl, so much so that employees now say meetings are the biggest distraction and waste of time in the workplace.

Nearly 60 percent of enterprise workers say wasteful meetings interfere with their productivity, forcing them to spend nearly 40 percent of their time in meetings, only about half of which is actually productive.

All of this wasted time costs US companies a bundle.

More than 17 million meetings are held every day in workplaces around the country, at a total cost that could be as high as $100 million and loss estimates due to excessive meetings as high as $3.7 billion annually.

While certainly some meetings are necessary, useful, and productive, clearly many more are not. Think about it: the next time you're in a meeting, look around the room. Is your company paying all of those talented people to sit in a chair and do nothing for an hour or more?

There has to be a better way. Getting meeting mayhem under control takes a company-wide effort, a smart approach, and a few ground rules. Here are five to help you get started:

1. Use the Right Tools

The vast majority of teams use Outlook or Google to manage and schedule meetings. Unfortunately, while calendar tools like Outlook and Google do an effective job adding structure to meeting schedules, the meetings themselves often lack even a basic agenda.

A surprising 63 percent of meetings don't have prepared agendas, which contributes significantly to the time and scope creep that eats up hours of time each week.

Creating a specific, time-sensitive agenda with incremental time targets for each topic can keep the discussion on-point. Use a timer to help stick to the allotted time for each topic and assign a "sergeant at arms" whose role is to keep time and make sure the discussion sticks to the agenda.

Use it to enter assignments, decisions, updates, and new information directly into the project management hub, rather than having to do it after the fact, scattering the information across half a dozen other tools like documents, spreadsheets, and emails.

According to Andy Kinnear, director of PMO at University Hospitals, this system keeps everyone on the same page, even if they couldn't make it to the meeting. He said:

"It creates a permanent record of meeting notes for each project. If managers miss a meeting, they can go in and see what happened in the last discussion. We can put anything that needs attention in there, too."

There's an adage in project management: work expands to the time you schedule for it. For meetings, that means a discussion that should take only 30 minutes will consume a whole hour if you block out that much time. However, the human attention span is only about 20 minutes max.

Use the TED Talks model to mandate that meetings run no longer than 30 minutes to help participants stay focused.

Restrict the number of participants to ensure meetings are more productive. The Rule of 7 states that for every attendee over seven, the likelihood of making a good, quick, executable decision decreases by 10 percent.

That means that once an invite reaches 16 or 17 people, the effectiveness of the group is essentially zero. So, before you hit "send" on that invite asking 25 people to attend, stop and ask yourself, "do they really all need to be there?" 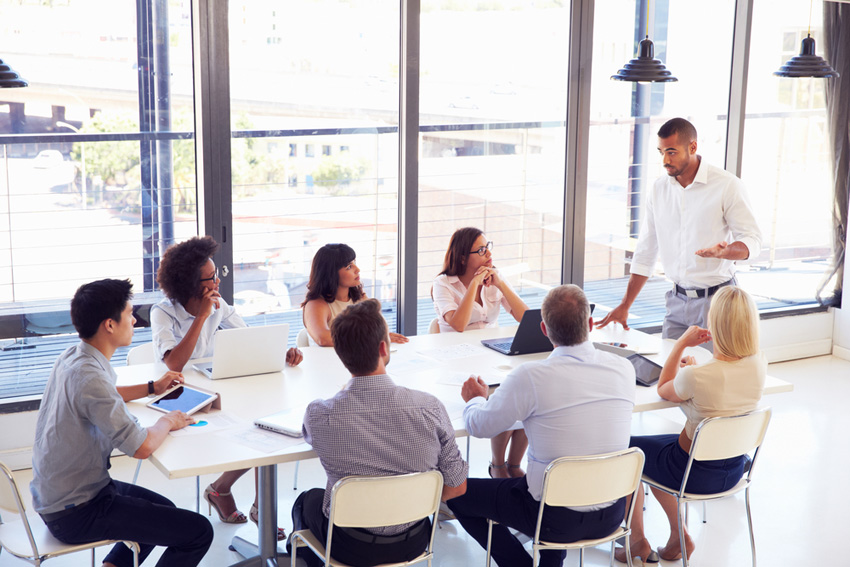 We already know that meeting attendees' attention spans are pretty short. Make sure what bandwidth they do bring is dedicated to the task.

Cell phones and laptops can be a huge distraction, and the vast majority of people agree that it's inappropriate to answer calls and read or send emails and text messages during meetings. But, we still do it anyway.

Why? Because it's there, and according to most statistics, the meeting is probably a waste of time anyway, so why not get something done, right?

Except, the result is that staring at a phone or laptop is not only disrespectful to the team, but it's also counterproductive, resulting in questions or instructions that have to be repeated because someone wasn't paying attention.

That multitasking only wastes more time. Instead, require that cell phones be left at the door or placed in a basket in the middle of the table and that laptops must remain closed.

Enforce a "no one-on-ones" or "no side conversations" rule to minimize chitchat, make sure everyone is working together, and ensure nothing gets missed.

The whole purpose of bringing everyone in the room together, after all, is to collaborate, brainstorm, and share ideas so that everyone can hear and participate in the discussion. Side conversations defeat that purpose, plus they're just annoying and distracting.

The status meeting is one of the most common, and most dreaded, offenders when it comes to the hours wasted each week in meetings.

The reality is that with all of the tools and solutions available to us, there's no reason everyone needs to sit in a room together to rehash the work they've done. They should be sharing creative ideas to resolve challenges, brainstorming, and collaborating.

Instead, use electronic tools like a work management platform to keep everyone informed of project status updates as they happen.

With the right electronic tools to track project status updates in real time, some teams can whittle the number of meetings down from once a week to once a month or less.

"I used to go to meetings two or three times a week where we'd get together and talk about projects and their status. Now, I'll attend maybe one meeting a month, because I already know."

That means more work getting done, and less time spent talking about it.

It sounds like a bold move, but it's not a bad idea, especially if you start gradually. In fact, 45 percent of senior executives feel employees would be more productive if meetings were banned one day a week.

One way to get there is to set up meeting "blackout" times—days or times of day during which meetings are prohibited. This allows employees to focus and dedicate their time and energy to work without the interruption of having to walk away to attend a meeting.

While meetings are sometimes necessary, there are some types of communication that simply don't require that everyone sit together in one room.

Using built-in automated routing and approval tools to keep deliverables moving through the queue eliminates the need to drag everyone into a meeting just to hold their feet to the fire.

Instead, everyone will know who is working on what, where they are in the process, and what's expected, without having to gather in one location. 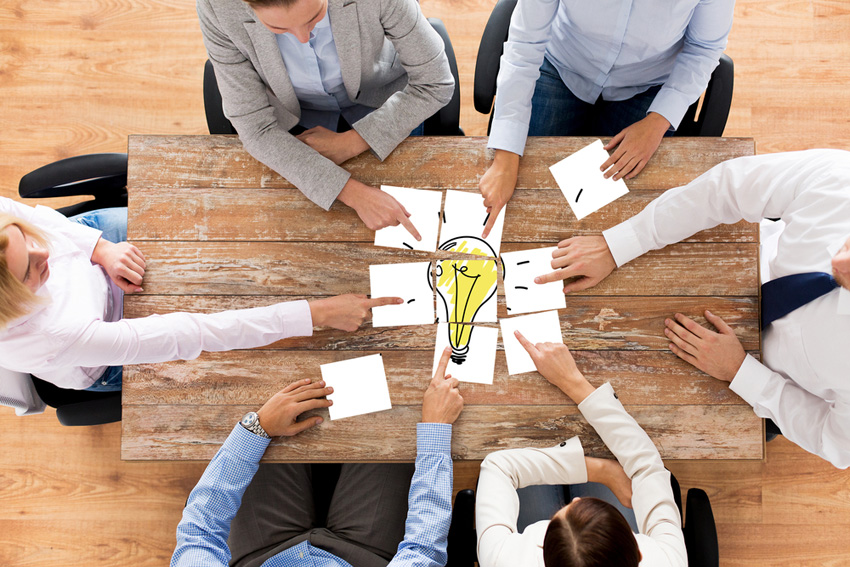 Meetings will likely always have some role in every business, but with the right tools and technology, it is possible to dramatically reduce the volume, frequency, and length of these sit-downs while maximizing the productivity of the ones you can't avoid.

"We used to have meetings two times a week, where we'd get four or five people in a room for an hour to discuss what's coming in, what's going out. Now, everyone gets notified [of work status] virtually—without having to get together for a meeting."

With the right rules and tools to better manage meetings—and to avoid them altogether—your team could gain back as much as 60 percent of their time to dedicate toward value-added services, increasing overall productivity and dramatically reducing the time and money wasted in endless meetings.

Who wouldn't want to RSVP for that?

See our infographic called "10 Simple Steps to Hosting Meetings that do Not Suck" for more tips on holding productive meetings.