In a recent webcast hosted by Digital Marketing News and Workfront, Chris Penn, VP of Shift Communications and Shawn Dickerson, Director of Solutions Marketing at Workfront, teamed up to talk about improving workflows through automation, how to do the right work, how to manage ad hoc tasks, and how to avoid “fake work.” This is the first in a series of three blog posts focused on the insights they shared. 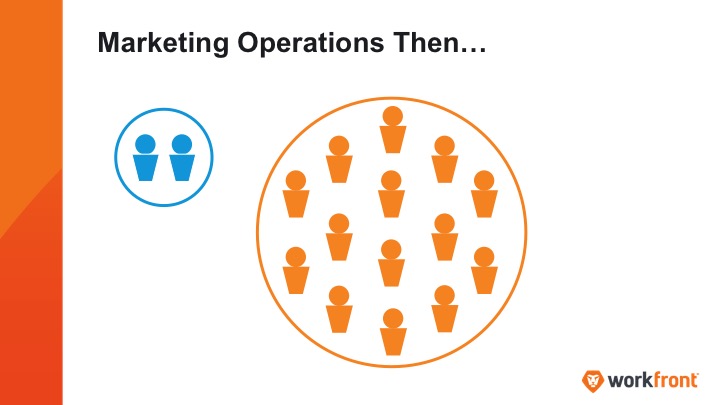 You had a couple of refugees from IT, or maybe some information systems majors that wanted a social life. And so they decided to join the marketing team and they were charged with creating an access database for some marketing contact and putting together an email system. Of course today, times have changed and now the operations team looks a lot more like this.

Because increasingly, marketing operations is marketing. The tools, the technology, the processes that we use are inseparably connected to the work that we do, whether it’s content marketing or social media or account-based marketing or whatever discipline. And quite honestly, that integration is fantastic in a myriad of ways, but it also presents some challenges.

Because if your marketing operation’s efforts are inefficient, if it takes too long to create a Marketo campaign, or to produce an attribution report, or to do a bulk import of list contacts you got from a show, all the rest of your marketing activities can be impacted. Here’s how a couple of researchers from McKenzie, David Edelman and Jason Heller, put it:

“Marketing operations is certainly not the sexiest part of marketing but it is becoming one of the most important.”

Marketing ops may not be the flashiest of responsibilities, but as we talked about, it’s integral to everything we are doing in marketing. Jascha Kaykas Wolff from Mozilla, certainly a thought leader in the world of marketing, said it similarly:

“More and more, the functioning of marketing operations becomes the lynchpin of a strong marketing team.”

But to be that lynchpin, marketing operations has to be efficient. It can’t be a bottleneck, and there are some obstacles that do exist. I want to turn it over to Chris now to talk about a summary of some of those top problems.

Chris:
You’ve probably seen a graphic that looks like this: 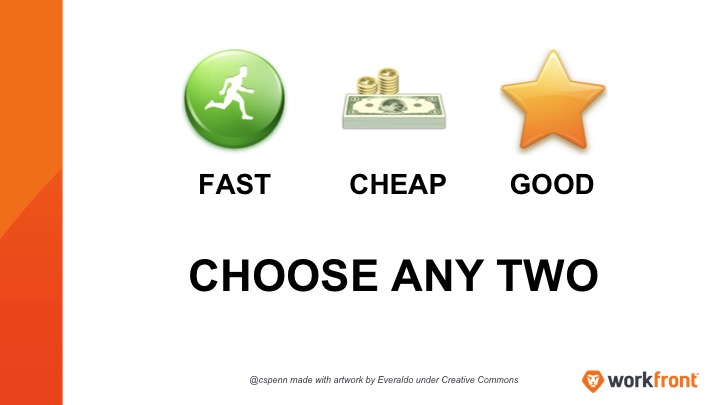 Many of the marketers I talk to on a daily basis feel like two out of three would be great! Where they often are is that they’re good at their output, but it’s not fast, and it’s certainly not cheap. Our stakeholders are saying, “You’re asking for 5 percent more or 10 percent more, but maybe we’re not seeing 5 to 10 percent more results out of your marketing organizations, so why should we give you this money?”

Today we’re going to talk about to how to get some of the fast back. As for cheap, we’ll leave that for another time. But fast, being more agile, being more responsive; these are not terms just for the design of your website. These are terms for the design of our marketing infrastructure. 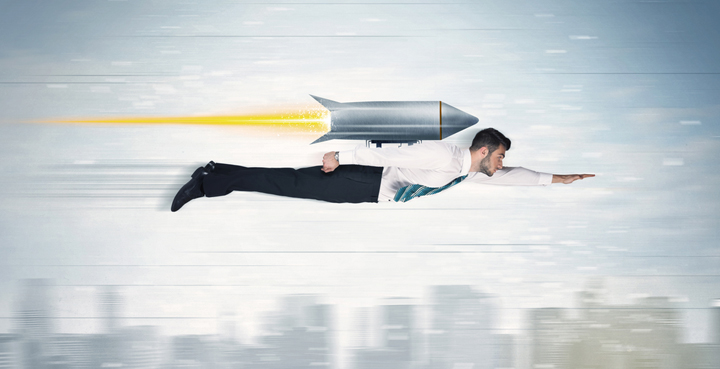 In the promotion for this event, we talked about what it means to be a “10x marketer” and how to become one. This is a term that came up about four years ago and was first applied to developers.

For the most part, outside of development, they don’t exist. Why is that? Well, it can be true for true developers because one algorithm, one piece of code, can drastically improve the productivity of a system. But our marketing role is dealing not with systems solely; we are also dealing with people and people do not scale to 10x in the same way that a system can scale to 10x or 100x.

So the 10x marketer is largely a fiction. But think about our goal. Our goal is to do things 10x better than we have been. There are a lot of different ways to get to a factor of ten:

10x marketers may be fictional but 10x process improvement is very real. You can add more people, you can add better processes, you can add some software to help the humans maybe become twice as productive; maybe cut out half of the fake work that we do every day and make the most of that time. Because remember, we have a cap.

There are new studies that have said that our productivity limit in an average work week caps out at around 55 hours, which is still an 11-hour day. So, if you have people who are saying “I work 80 hours,” well 25 of those hours are wasted. You may as well not show up because people cannot process like a machine, and you’ll burn those people out really fast.

How do we get to those 10x processes? How do we build towards them? We’re going to talk about five different strategies this blog series. 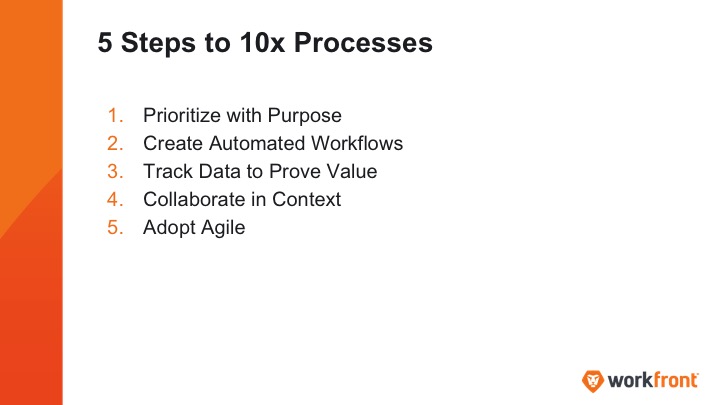 Shawn:
Our first efficiency gain here we want to talk about is prioritizing with purpose. That means getting the right people doing the most important work first. This sounds easy enough, until you start thinking about your request process, or how work actually gets to you and your team, particularly in the case of a marketing operations group.

For most of us, requests come in a dozen different ways; emails, voicemails, drive-bys at your desk, sticky notes, a hallway conversation with an executive, and so on. When the work to be done is spread across so many different channels, it’s nearly impossible to prioritize effectively. You end up in most cases managing stakeholders who yell the loudest, or maybe the project that seems the most fun. And some requests quite honestly just get dropped altogether because they’re buried in an email thread somewhere or on a sticky note on your coworker’s desk.

So Chris, what have you seen and what can we do about this?

Chris:
I really liked how you talked about importance and urgency. Priority in our organization is a function of four variables:

Regarding visibility, if your manager and your stakeholders can’t see it, you may actually be asked: so what do you do all day? That is a career-ending question. You want to make sure you never, ever hear that question.

For some of the things that we do, we have a common task management system that is highly visible and allows us to gauge importance, urgency and ease. In the Kanban methodology, it's called a Kanban board, swim lane, or whatever you want to call it. 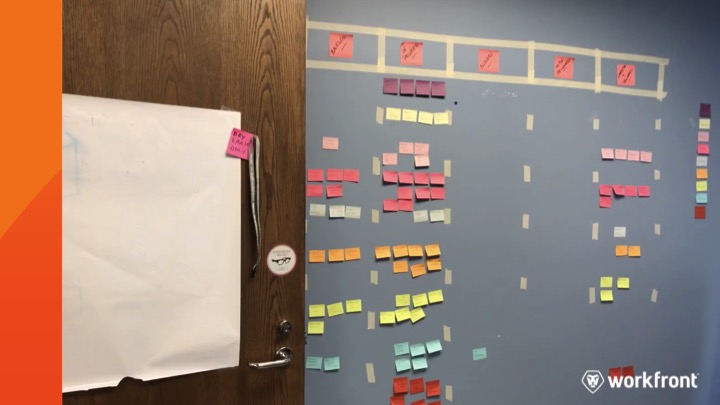 In this image you see five columns, moving from left to right:

It’s important to have a system like this, because it gives everybody visibility into what’s happening. We can all crowdsource and pool our resources to help with urgency, importance, and ease. It’s very efficient. I may have somebody on my team who’s like: “Well, this is going to take me about two hours to do.” And I might have someone else say: “I can do that in ten minutes. I’m good at databases or I’m good at setting up the marketing automation campaign.”

If you are working solo or you don’t have as big of an operation, you may want to look at what’s called an Eisenhower matrix, which is a two-by-two grid.

No matter what system you use, it’s super important when you’re prioritizing just to have that visibility, even for yourself. I know personally if I don't have it on a wall and visible, I will forget about things. Because I get somewhere between 1,700 and 1,900 emails per day. If you send me an email, I’m not going to remember it; it’s just going to vanish into this giant black hole.

The second thing which is going to be super important is giving people reasons to gather; giving people motivation to want to share stuff. Now, there are tangible things you can do, like bringing in donuts. But also, you want people to have that reason to gather because they know if they show up, if they participate, their workload could actually end up being lighter. 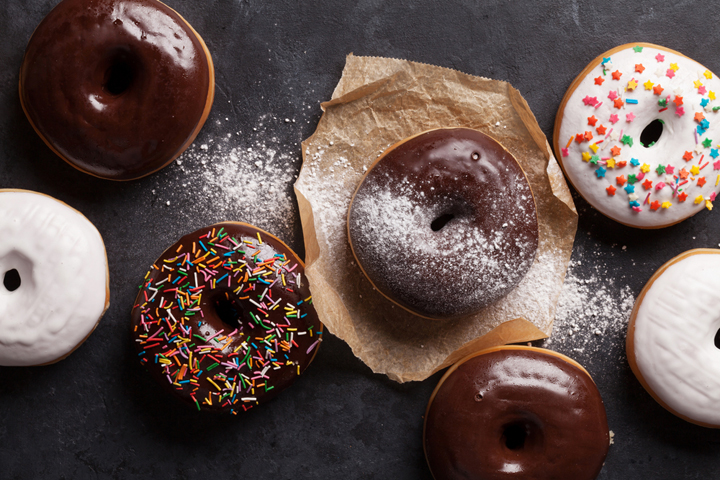 When you matrix your work across an organization, everybody can help pick up things and move things along and collaborate, and make decisions on the spot. This doesn’t take long. This is a 10-15 minute discussion every day. And believe it or not, that brief stand-up meeting can sometimes remove an hour-long meeting later on in the day. So it’s super important that you have that prioritization, visibility, importance, urgency, and ease.

The other thing you want to do is figure out ways to bring in that incoming work, and Shawn is going to talk about how you can do that with software.

Shawn:
Chris, love your description of the Kanban board; I’m a huge believer in that. That’s how we manage my team, as well. An important element of prioritizing all of those tasks is your initial request process. 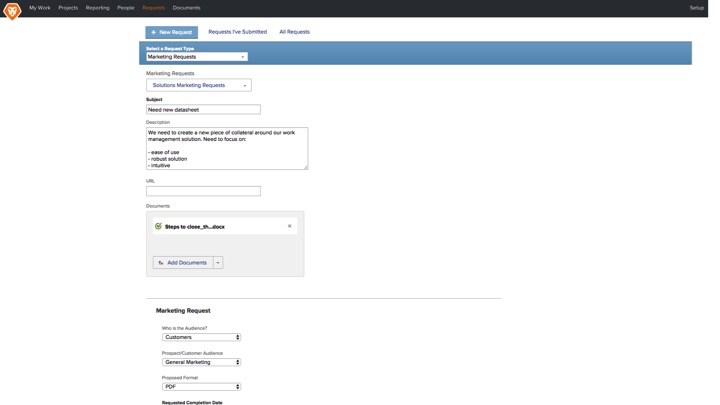 Workfront smoothes out a mangled request process because it creates a single dynamic request view for all the work to be done; both planned and ad hoc. This form that you’re looking at right now is dynamic, so it only serves up the questions and the content that are related to the type of request being submitted. You don’t have questions about B roll if you just want to get a Marketo campaign out the door.

We have customers who manage thousands of requests each year with this process, and that’s certainly how my team manages our work as well. So another dimension to consider there on the prioritization process.

This leads me to our second tip, Create Automated Workflows, but we’ll save that for the second blog post in this series. Watch for it next Wednesday! Or watch the complete webcast below.

About the Presenters
Chris Penn is an authority on digital marketing and marketing technology. His latest book, Leading Innovation, teaches organizations how to implement and scale innovative practices to direct change.

Shawn Dickerson has over 15 years of experience in managing strategy for Fortune 1000 companies, venture-backed firms, and trail blazing startups. In his current role, he oversees content and product marketing strategy at Workfront.