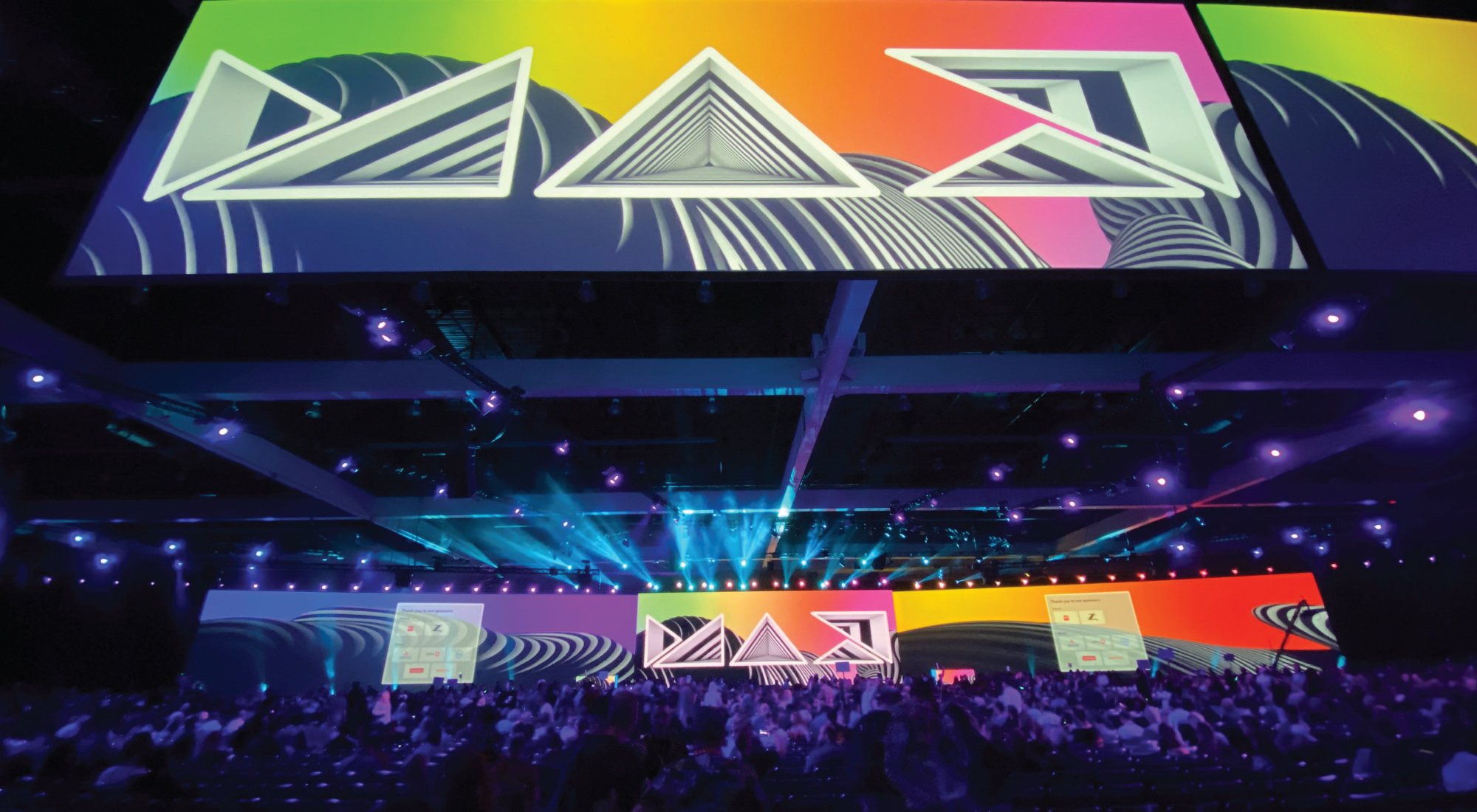 The Adobe Max afterglow—thoughts from an ECD

It’s the week after Adobe MAX 2019—The Creativity Conference—and I’m still relishing the afterglow you get from spending a few days with 16,000 creatives from 62 countries learning from world-class luminaries like M. Night Shyamalan.

Adobe MAX is a celebration of creativity, what Adobe considers “the great enabler.” But it’s so much more than that. With 300+ sessions, labs, and workshops, MAX is our chance to share what’s working—and what isn’t—in the creative world. And let’s be honest about what it’s like to be creative in today’s increasingly digital world: not easy.

The world of work has changed, is changing, and creatives are finding themselves face-to-face with the resulting digital chaos and dysfunction. Creativity is the great enabler, but what happens when mounting digital distractions disable our creativity? We don’t get to do the work we were hired to do and eventually burn out. Turnover is up 88% since 2010. Not to say there isn’t hope, because there is. I had the opportunity to explain why I think there’s hope for us yet in my session at MAX, “Create More. Tweak Less. Getting Back to Our Creative Core,” if you’d like to check it out.

Ultimately, what leaves its mark on creatives long after MAX ends is the sense that we’re in this together. I returned to work knowing I’m a part of a community of creatives collectively navigating the rapidly changing world of creative work. I left MAX with eye-opening, perspective-shifting insights that I hope will remind us why our collective mantra is “never stop creating,” and why our collective goal should be getting back to our creative core—tweaking less and creating a whole lot more. Here they are:

In a world of digital influx, we need to get back to our creative core.

How we work and what we work on is changing fast. You could even say that reality itself is changing. An entire track at MAX was dedicated to 3D and immersive: augmented reality and other boundary-breaking digital tools taking over design pipelines and transforming digital content. But there’s a downside to this digital innovation that’s forcing us to put our creativity on the backburner: digital chaos.

What I kept hearing from MAX attendees and speakers is that it feels like we’re losing the creative battle to a digital influx. New and mounting digital tools mean new and mounting digital distractions and interruptions. A 2020 State of Work report, which surveyed 3,750 global workers, says we’re interrupted 13 times a day. If it takes us more than 20 minutes to return to the original task, that’s a lot of wasted time, i.e., time not creating. No wonder we spend only 43% of our time doing the (creative) work we were hired to do. Something’s got to give.

As the world hurls itself toward the future of work, we need to balance our new (perhaps augmented) realities with our creative roots. We need to make time—reclaim time—to be creative despite the onslaught of digital distractions we log into every day. We need to balance filling our brains and mastering digital tools with inspiring our hearts and tracking down things that take us back to our craft—experiences that influenced us to get into art and design in the first place (remember what that felt like?). In a digitally loud world, we need to make the concerted effort to turn the volume down so we can listen to our creative compulsions.

Invite fear to the creative table.

MAX attendees confirmed that the (sometimes paralyzing) fear of failure is universal for creatives. Some of the top creative minds at MAX humbly recounted times—on stage in front of thousands—they completely, totally, without a doubt failed (and lived to tell about it, with careers that blossomed despite major missteps) or were so afraid of failing that they almost gave up.

M. Night Shyamalan, for example, was afraid “The Sixth Sense” would fail because he started to doubt audience interest in yet another story about ghosts. Instead, his film was nominated for six Oscars and won 32 awards, grossing $672,806,292 worldwide. Fear and even failure are stepping stones to success.

The constant conversation about fear was a good reminder that it’s a part of everyone’s creative process, but welcoming fear at work is easier said than done. Adobe’s State of Create report describes the tension between creativity and productivity at work. Creatives are under a lot of pressure to balance the two. Mastering fear at work, not avoiding it, requires that we reframe “failing” as “learning” and create workplaces that believe in the relationship between failing and high-quality creative work.

Modern work solutions and approaches, like using process (yes, process!) to get organized and collaborate, can help creatives harness fear and reframe failure by balancing creativity and structure—experimentation and business outcomes. Process—that thing that incites fear and dread in creatives—used the right way, can actually give us more time to create.

We’re in this together.

As you get back to work post-MAX, remember that we’re a community of creatives up against the same hurdles (useless meetings and emails), longing for the same finish line (mind-blowing creative work). If you’re desperate for a reprieve from the digital influx, you’re not alone. If you avoid failure like the plague in your creative work, welcome to the club.

Long story short, we’re in this fight for creativity, this war against entropy, together. I know this, in part, because of the authenticity of the stories I heard at MAX. I see these MAX takeaways—the importance of making more time to create and the value of welcoming fear into the creative process—as inspiration for the creative work we’ll do in the year ahead.

In my next blog, I’ll share modern work best practices that empower creatives to create more (and tweak less), and I’ll talk about the importance of viewing technology as a servant to  creative teams—not their master. Until then, keep the digital world in perspective by reconnecting with the creative work you love to do. Because none of us aspired to be artists who sit in meetings and put out Slack fires all day.