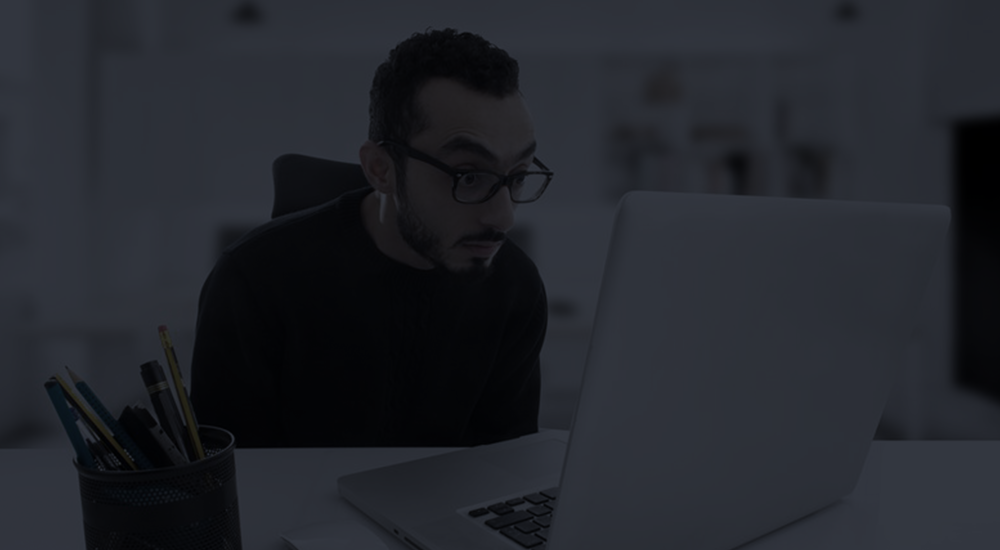 Sound overwhelming? It is. A recent poll of top marketers reveals that 63 percent of marketers consider overflowing email inboxes one of their top four work inefficiencies.

According to IT research and consulting firm BaseX, if all knowledge workers sent 10 percent fewer emails, it would have a $180 billion annual impact worldwide in the workplace.

But high volume isn't the only email problem faced in the modern workplace. Poor business email etiquette can be just as damaging to communication, trust and productivity. If you'd like to be a more effective communicator, start by ceasing and desisting from the 7 annoying email habits that follow.

"If I don't need to know about it, take me off the distribution list," says Workfront CMO Joe Staples. Just because you were copied on an email, that doesn't mean every other person on the recipient list needs to see your reply. Especially if all you have to say in response is "thank you." Business Insider agrees:

No one wants to read emails from 20 people that have nothing to do with them. Ignoring the emails can be difficult, with many people getting notifications of new messages on their smartphones or distracting pop-up messages on their computer screens. Refrain from hitting "reply all" unless you really think everyone on the list needs to receive the email.

"My biggest pet peeve is when people write essays as emails," says Workfront senior content manager Marcus Varner. "I sometimes catch myself doing it. Email isn't a good medium for conveying lots of information and context. Instead, people need to think like copywriters when they write emails--short and specific with clear calls to action."

If you find yourself spending 10 or more minutes composing an email, that's a good sign that you should instead pick up the phone or pop into someone's office for a conversation.

Email is an asynchronous communication platform, but many people make the mistake of treating it as though it's instant. Just because you're sending the email now, that doesn't mean your recipient will read it now. Unlike instant messaging, where you can often see whether a person is engaged and likely to respond in the moment, an email could sit for hours before it's opened, making it less than ideal for urgent communications.

As professional efficiency coach Marsha Egan told CNN, "The best gift any group can give each other is to never use e-mail urgently. If you need it within three hours, pick up the phone." Or use text, IM, or the communication features inside your work management software.

As Baltimore-based web designer Maria Cutrone learned the hard way, using the "cc" feature to inform a manager or supervisor about an issue—even with the best of intentions—can backfire. As reported in Forbes, Cutrone thought she was being efficient when she cc'ed a supervisor on a lengthy email chain between herself and a colleague, where the two weren't seeing eye to eye. She thought the supervisor would simply read through problem and weigh in with a solution. But instead, both her colleague and supervisor saw her actions as self-serving and petty.

To avoid looking like a tattler, email the colleague first to say, "How about we bring our manager into this conversation?" That way, the other party has a say in how the supervisor is approached, whether by email or a face-to-face conversation.

As career coach Barbara Pachter told Business Insider,, ""People sometimes get carried away and put a number of exclamation points at the end of their sentences. The result can appear too emotional or immature." 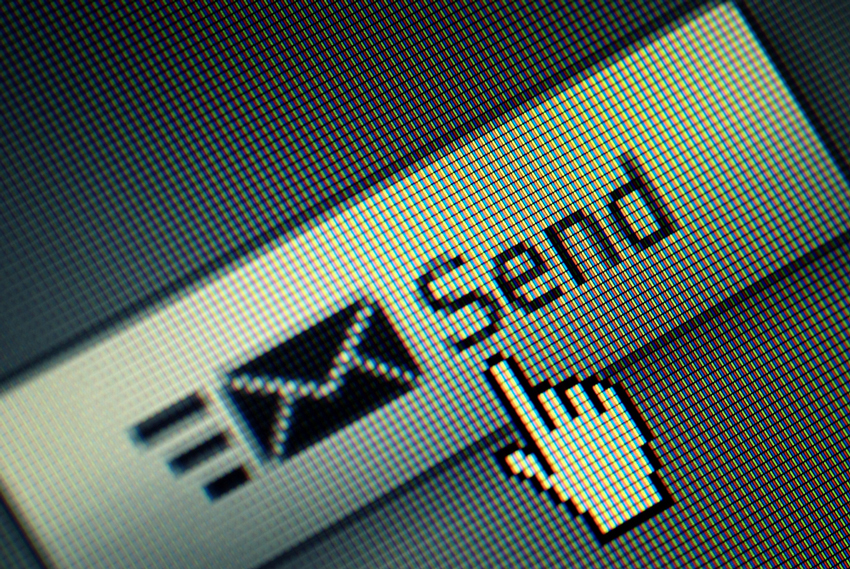 Have you ever received a half-finished email, where the last thought just trails off mid-sentence—only to receive the rest of the email a few seconds later, with an "Oops! Hit SEND too soon" apology? Or have you gotten three emails in a row, each beginning, "Wait, one more thing…", which leaves you unsure which email to reply to?

This kind of disjointed communication can be confusing and frustrating, and it's a quick way to fill up other people's inboxes. And yet, some email programs make it ridiculously easy to hit the send button prematurely. To avoid this problem, take a little more time composing your emails, and read through them carefully to make sure you've said everything you want to say before you hit that send button. Even better, fill in the recipient's email address as your last step. This way, it will be impossible to hit "Send" before you're really ready.

Tip: Even if you're replying to an email, you can delete the recipient's address while you compose your response, adding it back in as the last step. This is an especially good idea if you find yourself furiously typing a frustrated response—that you have no intention of actually sending—during a momentary venting session. This would be the worst possible moment for an accidental send.

7. The Email is Everything Attitude

Email is great for some things, but it was not designed to do all the things people use it for. Some people rely on their email inbox not only as a communication device, but also as a way to manage tasks, keep track of work completed, manage reviews and approvals, and so much more.

If you find yourself using email folders and the read/unread functions of your email browser as a way to manage your pending and completed tasks, you are missing out on some powerful work management tools that could truly make your life easier. Instead, use email strictly for asynchronous and non-urgent communication with your colleagues, and then look for a cloud-based project management solution that allows you to:

• Track and prioritize your own tasks

• Easily assign work to others

• Collaborate with colleagues in the context of the work you're doing 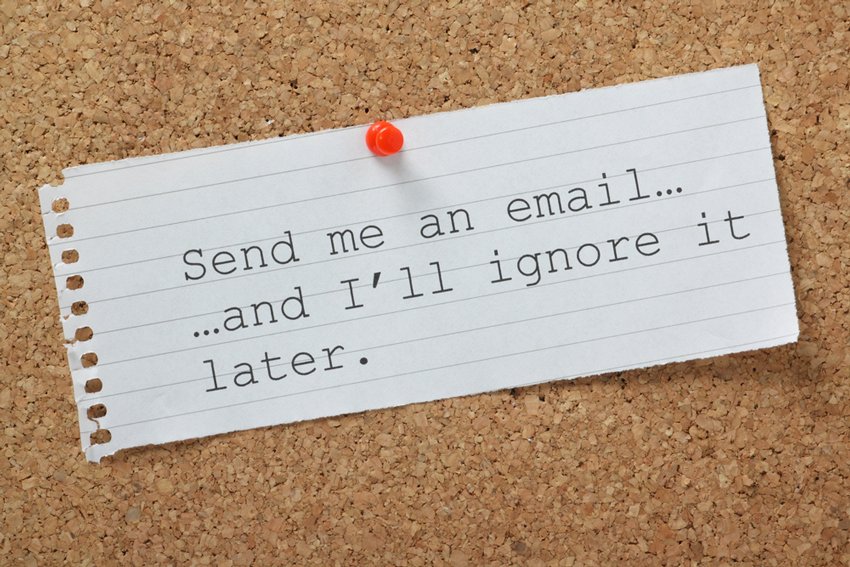 The invention of email has certainly saved individuals and businesses loads of time. Remember the days when phone calls, voicemails, faxes, inter-office memos, and snail mail were the only options available? But by nature of the expectations we put upon it and the inefficient ways we use it, email can create just as many new problems as it solves. By avoiding the seven bad habits outlined above, not only will you improve your own email etiquette and personal productivity, you will help others do the same as you avoid filling up their email inboxes—and you'll set an example that your team will unconsciously begin to follow.