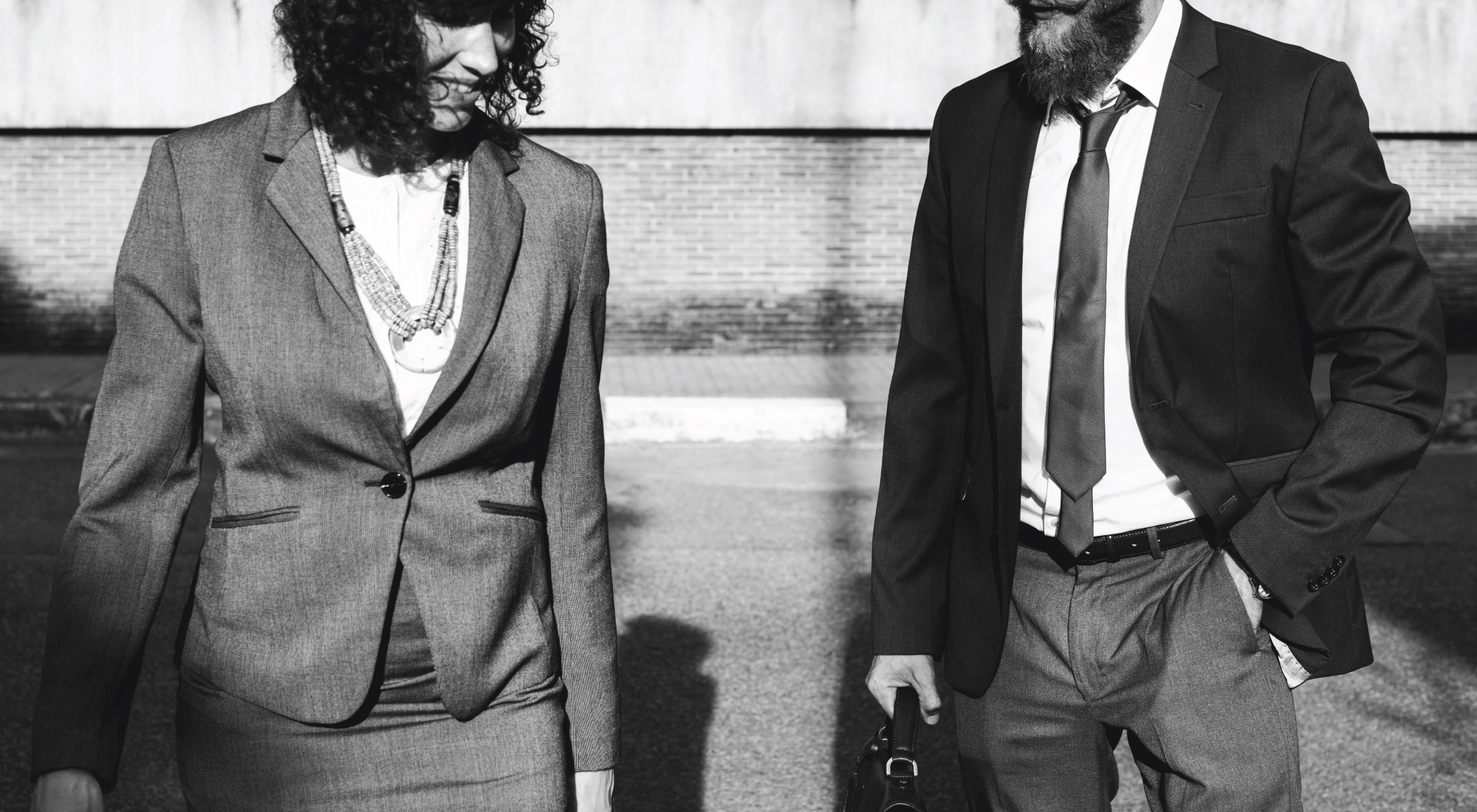 It was the early 1980s, and Intel was bleeding money. Memory chips — the staple of their business for more than a decade — had become an insanely competitive market. They weren't keeping pace.

As a result, they had to make a difficult decision. Should they continue grasping for ways to separate their memory chips from the competition, or should they cut their losses and instead invest in the new field of microprocessors?

As Andy Grove (then a senior executive at Intel) recounts the story, he asked Intel co-founder Gordon Moore a bold and simple question to clarify the direction they should head in.

“If we got kicked out and the board brought in a new CEO, what do you think he would do?” Grove asked.

Moore quickly answered, “He would get us out of memories.”

In response, Grove asked, “Why shouldn’t you and I walk out the door, come back and do it ourselves?”

In the parable, a team of workers are cutting as quickly as possible. “The managers,” writes Covey, “are behind them, sharpening their machetes, writing policy and procedure manuals, holding muscle development programs, bringing in improved technologies and setting up working schedules and compensation programs for machete wielders.”

And yet all is not well. Soon enough, Covey writes, the leader "climbs the tallest tree, surveys the entire situation and yells, 'Wrong jungle!'" The team was working hard... on the wrong work.

Similarly, Grove and Moore scaled the tallest tree and realized they were indeed in the wrong jungle. Fortunately for them, once they realized their mistake they didn’t continue on as usual. They made the hard decision and completely changed course.

One lesson from Intel’s decision to pivot is that sometimes you have to metaphorically fire and re-hire yourself. You have to leave your office and walk back in with a fresh perspective.

To this end, Ron Ashkenas, co-author of the Harvard Business Review Leader’s Handbook, says you should “consider what you would do to reapply for your job.”

These questions can immediately bring clarity to your work and show you the best way forward.

A second lesson from Grove’s story — a lesson that might get overlooked — is that the decision to pivot to microprocessors was a collaborative effort. Grove and Moore made the decision in conversation with each other.

This situation highlights the fact that unlike Covey’s parable (where a single leader climbs the tallest jungle to let everyone know they’re in the wrong jungle) it usually takes a team of leaders to collaboratively find the best direction.

Collaboratively Fire (and Re-hire) Your Team

Because leading modern work requires collaborative, cross-departmental leadership, it’s not enough to figuratively fire and re-hire yourself alone. You also have to collaboratively do the same for your entire team.

One way to do this is to use what MIT senior lecturer Otto Scharmer calls the U methodology. At the most fundamental level, this process takes your team from where you are today to where you should be tomorrow. It’s about tuning into your best possible future and then prototyping ways to make that future a reality.

In Scharmer’s metaphor, the process resembles the letter “U.” Teams start from the reality of what is (the top left side of the U), move toward deep presencing of future possibilities (the bottom of the U), and then prototype their way toward a new reality (the right side of the U). It's a move from current reality to future reality — a way to find your best next action.

Scharmer puts it this way: "Moving down the left side of the U is about opening up and dealing with the resistance of thought, emotion, and will; moving up the right side is about intentionally reintegrating the intelligence of the head, the heart, and the hand in the context of practical applications.”

Importantly, this process can’t be done mindlessly, without genuine effort from every leader involved. Otto Scharmer’s MIT colleague Pete Senge is particularly helpful here, offering succinct principles to keep in mind as you fire the old team and rehire the new with a fresh perspective. Senge suggests several principles (highlighted in bold):

"The easy way out usually leads back in." That is, if you aim for a mindless or gutless fix to your current problems, you’ll find that you haven’t actually fixed anything. Imagine, for instance, that Intel had just decided to take the easy way out — to stay with memory chips. Had they done that, they likely would have died off by the 1990s. It would have been the easy way out (and totally the wrong choice).

"The cure can be worse than the disease." If you choose a solution that’s not carefully weighed by the head and the heart (as Grove intuitively understood), you’ll find that your problems compound. Think of Covey’s parable when the workers keep cutting even though they’re in the wrong jungle. The “cure” of cutting trees faster is worse than the disease of cutting in the first place. To fix a problem you have to slow down and methodically find the right way forward. Then you can speed up.

"Small changes can produce big results...but the areas of highest leverage are often the least obvious." If you run through U methodology as a team, you’ll inevitably find that when you first start out, your team will suggest solutions similar to what they’ve been doing before — the obvious solutions. That’s why the metaphor of firing your team at the outset of the exercise is so essential. You’re drawing a distance between who you were and who you will be. This doesn’t rule out the possibility that you won’t keep doing some of the same activities you’ve been doing, but if you do it will be because you’ve re-confirmed at a deeper level that your strategy was correct.

Only with the correct foundation in place will you be able to move quickly and confidently toward a new reality — a reality that brings the best results possible for your entire team. Only when each person senses they're working on the task that matters most and in the way that resonates most on a personal level, will work management best practices speed your movement forward. You’ll be able to leap ahead, knowing you’ve built on the right foundation.