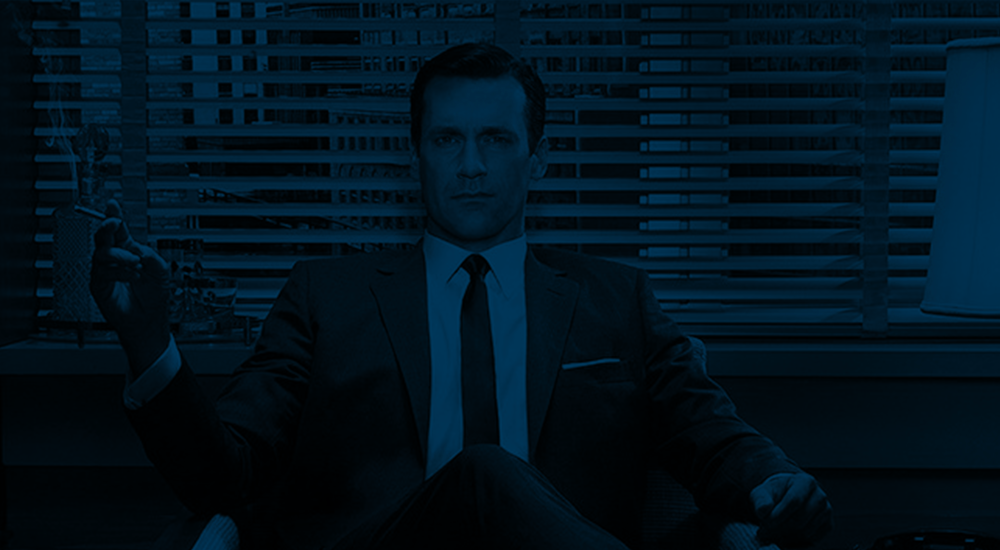 "Basically, I work with art directors, copywriters, and developers and hope to inspire them to work as hard as they can to create the best work they can. I make sure that when we present work to the clients, we're bringing them the best work. Sometimes I'll mention Don Draper and Mad Men when I try to explain what I do. Being a creative director is a little bit like that minus all of the smoking and drinking and cheating."

Results from a recent study by Workfront show that bad bosses are the number one cause of poor work/life balance. So, for the sake of the graphic designer, web designer, and copywriter, whose sanity and work/life balance are at risk, creative teams need creative leaders, not just creative directors.

What distinguishes a creative leader?

1. Empathize with the Team

Creative leaders have been through the trenches already. They were the overworked and underpaid graphic designers years ago. They still remember what it's like to have a project manager breathing down their necks to get the deliverables ready for the client, and they're ready to empathize with their team. If they don't like a design or a layout, they don't tell the designer it sucks, they work with her to make sure she knows what's expected and how to get it right. They praise good work and help everyone on the team cultivate individual creativity.

2. Listen to and Involve the team

In his book, The Corporate Creative, Andy Epstein touches on the value of listening. He claims that in any conversation two people are talking to you: the person in front of you and the person in your head commenting on every little thing the other person is saying. "To succeed … you have to tell the person in your head to shut up. You can talk to him later," Epstein writes. "In the course of a conversation, you need to clearly hear what your peer, manager, or client is saying to you at the moment she's saying it."

A creative leader listens to his client, his superiors, and most importantly, his team. Because he listens, he knows how to react and what problems to address. He knows who should work on what project and who's at their wit's end and needs a break.

If a creative director is really listening, then by default he's involving his team. Rob Baird, creative director for Mother New York, told FastCo Design in an interview that creative direction is about team building and working with different types of people and businesses. "You have to be able to be a team builder and a morale builder and to be able to keep everyone feeling that they are a part of something," Baird said. "It's a lot easier to make tough decisions when everybody feels involved in the process."

A 2013 study by Getty Images showed that about 70% of creatives said they need more "creative time," and more than 60% reported having "great ideas" but neither the time nor support to execute them. Creative leaders make sure their teams have enough creative time by:

Creatives too often receive verbal abuse like, "What do you guys do all day?" or "Can you just make it pop more?" Both of these comments come from a lack of understanding, and sometimes respect, from the rest of the business. Here are three ways creative leaders defend their creatives:

Don Draper isn't a great creative leader, exactly; but that doesn't mean you can't be. If you don't change anything in your directing style from this post, do something with this advice on creative leading from Rob Baird: "Enjoy the energy that comes with helping others create their best work."