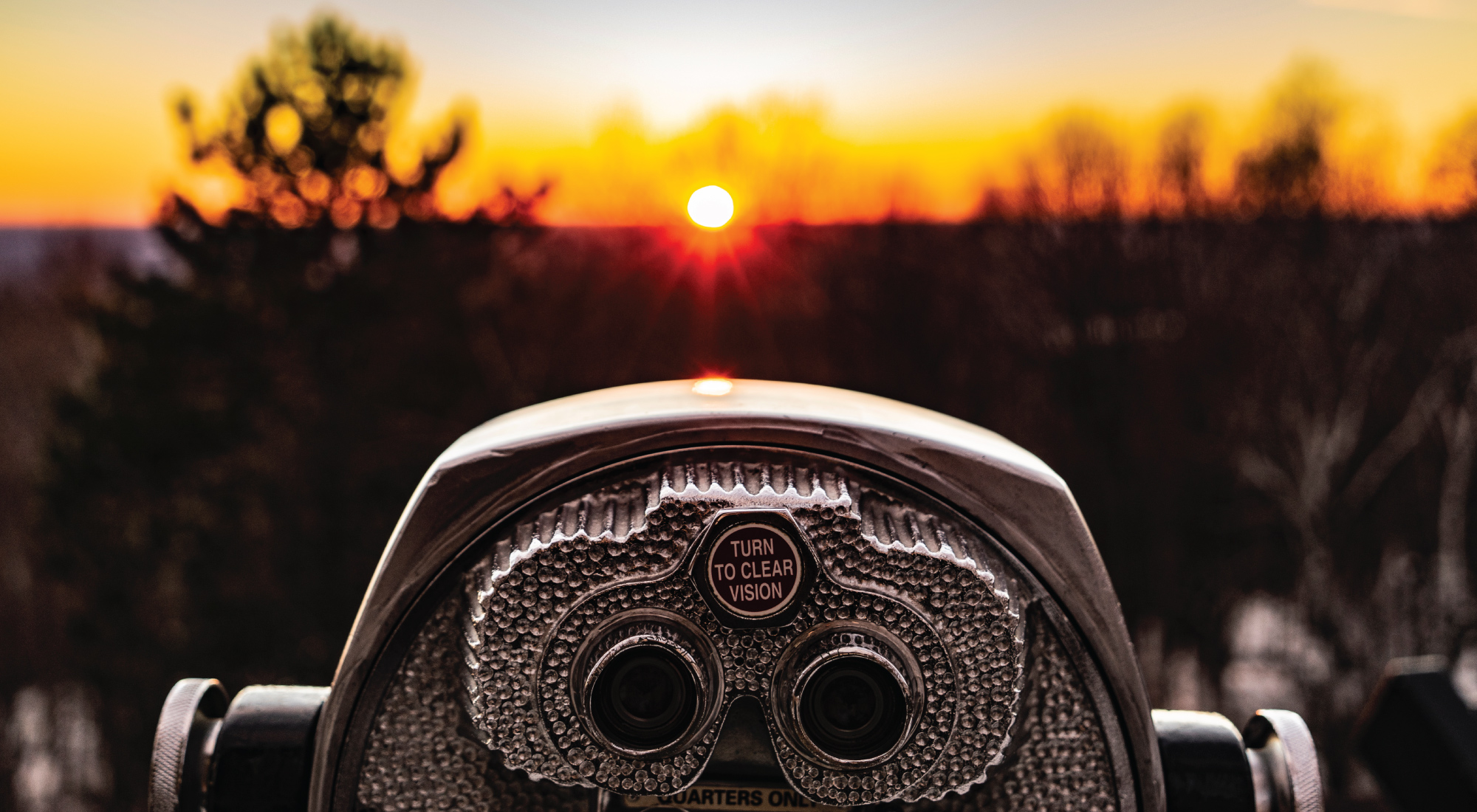 Why Dynamic Reporting and Visibility Are Vital: 6 True Tales from the Modern Workplace

Visibility is increasingly vital in the modern workplace, as we continue to grapple with accelerating automation, digital transformation, and the changing nature of work itself. I’m not referring here to making yourself and your work contributions visible to peers and superiors, as important as that is. I’m talking about the kind of transformative workplace transparency provided by modern work management technology. I’m talking about instant and ongoing visibility into work processes, procedures, and progress, which can only be found in an operational system of record.

Wielded correctly, this kind of visibility has the potential to:

Now, I appreciate a good bulleted list as much as the next person, but I’m a firm believer that stories are our best teachers. So I’ve gathered seven true tales from colleagues and clients that illustrate what true transparency can offer—and what can go wrong when we lack the visibility we need.

While working in the PR arm of a skin-care company, my colleague Heather Hurst was involved in the promotion of a new hand cream that, in the first batch, smelled a bit fishy. Literally. “The product smelled like fish, and had to be reformulated, with orders waiting,” Hurst recalls. “That wasn't a big process, but definitely added a few weeks to the timeline. The company was very straightforward with the employees about the mishap, and we were all very well informed to communicate while the issue was being fixed. In the end, after reformulation, the product became a bestseller.”

The Moral of the Story: A commitment to visibility can save the day. If this company hadn’t chosen internal transparency and a proactive plan to address the problem, there’s a chance this fish story (if not the offending lotion itself) could have found its way into customers’ hands.

2. Who Has Time for a Scenic Drive?

Kamo Power is responsible for keeping the power and telecommunications grid up and running in northeast Oklahoma and southwest Missouri. Just a few years ago, the tools KAMO used to track projects and manage workflow were outdated and insufficient. Employees tracked their own individual jobs on Excel spreadsheets, with no centralized way to coordinate projects across teams. As a result, the team spent up to 12 hours each week tracking down information, entering data, and making project updates—and they’d meet as often as three times a week to reevaluate priorities. And after all of that, employees would still often end up driving hours out of their way within their large territories to take care of last-minute jobs because of gaps in data and communication.

Just two months after implementing a work management solution, project manager Tim Bagwell noticed vast improvements in the efficiency and communication of his team—and he was able to reduce his meeting schedule to a single weekly huddle. And those scenic drives are much more rare. “Our technicians needed to be able to look at something on their smartphone, iPad or laptop and just be able to get it without a lot of hassle,” Bagwell says. And now they can.

The Moral of the Story: Digital visibility is not just for desk-bound knowledge workers in corporate cubicle farms. It can also improve the productivity of field technicians who perform the critical infrastructure maintenance we all rely on.

3. The Proof Is Under the Conference Table

Years ago, my colleague Angie Lucas managed a team of writers and designers at a publishing company. Coming from a writing background, she wasn’t well versed in typical design timelines, and she had one designer on her team who took advantage of that fact.

“When I tried to assign him work, he’d often sigh or deflect or complain about how busy he was,” Angie says, “But then soon enough I’d catch him working on freelance projects on company time or napping in his cubicle with his feet up. I was even brought word that he had been spotted sleeping on the floor under the conference room table.”

At the time, modern work management software wasn’t widely available, so managers had to rely on self-reporting and what they could physically observe. If Angie had access to today’s technology, she would not only have had a better record of acceptable design timelines and expectations, she would have caught on sooner to this particular employee’s tendency to dodge his responsibilities. And she would have had unassailable data to rely on for the tough conversations that inevitably followed.

The Moral of the Story: Lack of visibility can lead an untenable employment situation to go on far too long.

4. Keep All Hands OFF Deck

Before discovering and implementing a modern work management solution, the Arkansas Office of the Courts’ PMO was regularly derailed by issues that should have been resolved earlier in the project lifecycle. “We’d have ‘all hands on deck’ fixing issues and that was extremely stressful for everyone involved,” says PMO manager Alex Rogers. “I’d estimate that happened about 60% of the time. Another 20% of the time, we’d have to extend the timeline. We needed a better solution.”

After onboarding an operational system of record, those numbers drastically improved. With work processes standardized, tasks and details instantly accessible to team members so they no longer have to hunt for it, and up-to-date information always available at project managers’ fingertips, Arkansas Office of the Courts has experienced “a significant reduction in the number of times we’ve had to scramble to meet a ‘go-live’ schedule,” says Rogers. “We’ve been able to reduce project scrambles to meet deadlines from about 60% to 10%.”

The Moral of the Story: Proper visibility can keep team members performing their proper duties steadily and consistently, instead of regularly scrambling to put out last-minute fires.

Chris Lehmbeck is the director of the media team at the University of Virginia’s Darden School of Business. Years ago, he recognized the need to replace his cumbersome spreadsheet system—which he spent several hours each week updating, exporting, and reporting on—with a solution that would give him the ability to see what team members were working on during any given day and to tie project development hours to individual clients.

After a lengthy discovery process, he settled on a comprehensive work management solution that gave him an instant view into what his developers were working on, how they spent each day, and the progress they had made. Not only was this helpful in day-to-day management, performance assessments, and the like, Chris also gained access to a significant amount of work data that he could track and report.

The Moral of the Story: Increased visibility enabled a busy team to better balance and allocate their resources in alignment with the goals and priorities of the institution as a whole.

6. I’ll Take My Work with a Side of Netflix, Please

One colleague shared the story of a former coworker who always had a Netflix movie playing in one window while he worked in another. He claimed this arrangement helped him work faster. While this wasn’t a good look on the surface, can we really know whether some people actually work better amidst certain kinds of distractions? Not exactly. In fact, there are some distractions that could actually make us more productive.

But in this employee’s case, the data was telling a different story than he was telling himself. A brief look at his work history revealed that he failed to consistently get his projects out on time, and he was eventually let go.

The Moral of the Story: Visibility isn't so much about micromanaging people's tasks as it is about focusing on results. The Netflix distraction could feasibly have been okay, as long as the work results were meeting expectations. Luckily, modern work management software provides the actual insights we need to properly evaluate work output, and either reinforce or refute our assumptions about whether a Netflix obsession—or in another case, GoPro videos on YouTube—is just a harmless quirk or a problem to be addressed.

In these brief but illuminating vignettes, we’ve seen how a commitment to visibility in the workplace—and the right work management tools for the job—kept a fishy lotion under wraps, improved the reliability of a regional electric grid, streamlined case management in the Arkansas court system, balanced team workloads and aligned them better with company goals, and showed a workplace napper and a Netflix watcher the door.

The moral of all of these stories? Modern work management technology is the key to true and comprehensive workplace visibility, which is both more important and more accessible than ever before.