The Half-day Hack: A Micro-improvement that Brings Huge Dividends

In fact, just 12% of leavers are after more cash. The truth is most employees just want to do a good job and become frustrated when they’re not able to.

Workfront’s State of Work survey revealed the workplace can be a surprisingly hard place to be productive. Their study found people spend just 39% of their time, on average, performing the primary duties of their job. The rest of the day is lost to emails, interruptions and poor work practices.

So it’s no surprise that, as Gallup reminds us every year, around 70% of employees are actively disengaged.

Workers are also feeling the pressure to come up with new ways of working and meeting customer needs; almost half of workers have innovation factored into their performance management. But the Workfront’s study found 65% of employees are so swamped they don’t have time to innovate at all.

This points to the critical role management and leadership play in their companies by creating space for innovation.

And by that I don’t mean physical space in an innovation lab, where teams of ‘intrapreneurs’ tinker away at new product ideas. But rather giving ordinary workers time to explore and develop fixes to the problems they experience every day. Those pain points and minor irritants that leave workers feeling frustrated and unproductive and together add up to a wave of disengagement.

Employees are regularly faced with a host of overlapping and competing tools and no clear idea what they’re supposed to be used for. For instance, 37% of those surveyed by Workfront felt like their company requires them to use too many technology solutions.

Often this is because people are rarely given time and space to work out how these tools can help them personally to be more productive or effective.

This process — what’s called “interpretive flexibility” — is actually a central part of the appropriation process for any new technology. Human interaction is the way we make sense of (and understand the use for) information systems. For systems to be adopted, people must see them, use them, begin to interpret them, and finally apply them to their own context to see how those systems can help them personally.

For example, when I’ve rolled out collaboration tools at large companies, I quickly find a growing stream of people approaching me with ideas of where they can use these tools to add value in their own parts of the business. Each of these people have heard about what it does, thought about their own context and work, and come up with delightfully varied uses for the tools in their own part of the business that I — without that detailed knowledge of their work — could never have thought of.

Giving employees thinking time to work out how they can use the tools at their disposal to work more effectively can pay huge dividends while ensuring firms get greater value from their investment in platforms and tools.

Workfront’s study found a whopping 72% felt their productivity would improve if only they had time to think.

Some of the most impactful innovations have come about by accident, when people have space to experiment with more effective ways of working. The assembly line, SMS messaging and Twitter were all invented by individuals looking for simpler ways get their work done.

Forward-thinking firms have sought to embrace that innovative mindset. In 1968, 3M scientist Dr Spencer Silver was trying to create a super-strong glue. He didn’t manage it; instead he accidentally created a low-tack, reusable, pressure-sensitive adhesive. What he described as a solution without a problem.

He promoted his new glue within 3M, but nobody paid much attention until his colleague, Art Fry, used the new adhesive to anchor his bookmark in his hymnbook. Fry then used 3M’s official ‘permitted bootlegging’ policy to develop the idea further, and the Post-It was born.

(The famous yellow colour was accidental too, because the room next door to the Post-It team only had yellow scrap paper handy.)

Google famously pioneered a similar policy called 20% Innovation Time, where engineers were encouraged to spend 20% of their time on projects that are work-related but not necessarily in their job descriptions. This innovation time led to the development of some of the company’s most successful products such as Gmail.

In reality, few companies can justify giving one day in five over to side projects (even Google have abandoned this policy in favour of more focused innovation). But the value of giving employees the time, space and resources to innovate is clear.

Nearly one third of workers say simply creating better processes would help them to do more with less. Setting aside regular time for just this kind of micro improvement could pay huge dividends.

My solution: The Half-day Hack.

One afternoon every few weeks, set aside time to find better ways of doing things. Give your teams time to build a service or tool, or configure their existing tools, to help them work more effectively or solve a customer problem.

This could be building a dashboard to cut down on an evaluation and reporting process, creating a workflow to streamline an existing admin process, integrating existing tools, or designing a proof of concept service to streamline work. 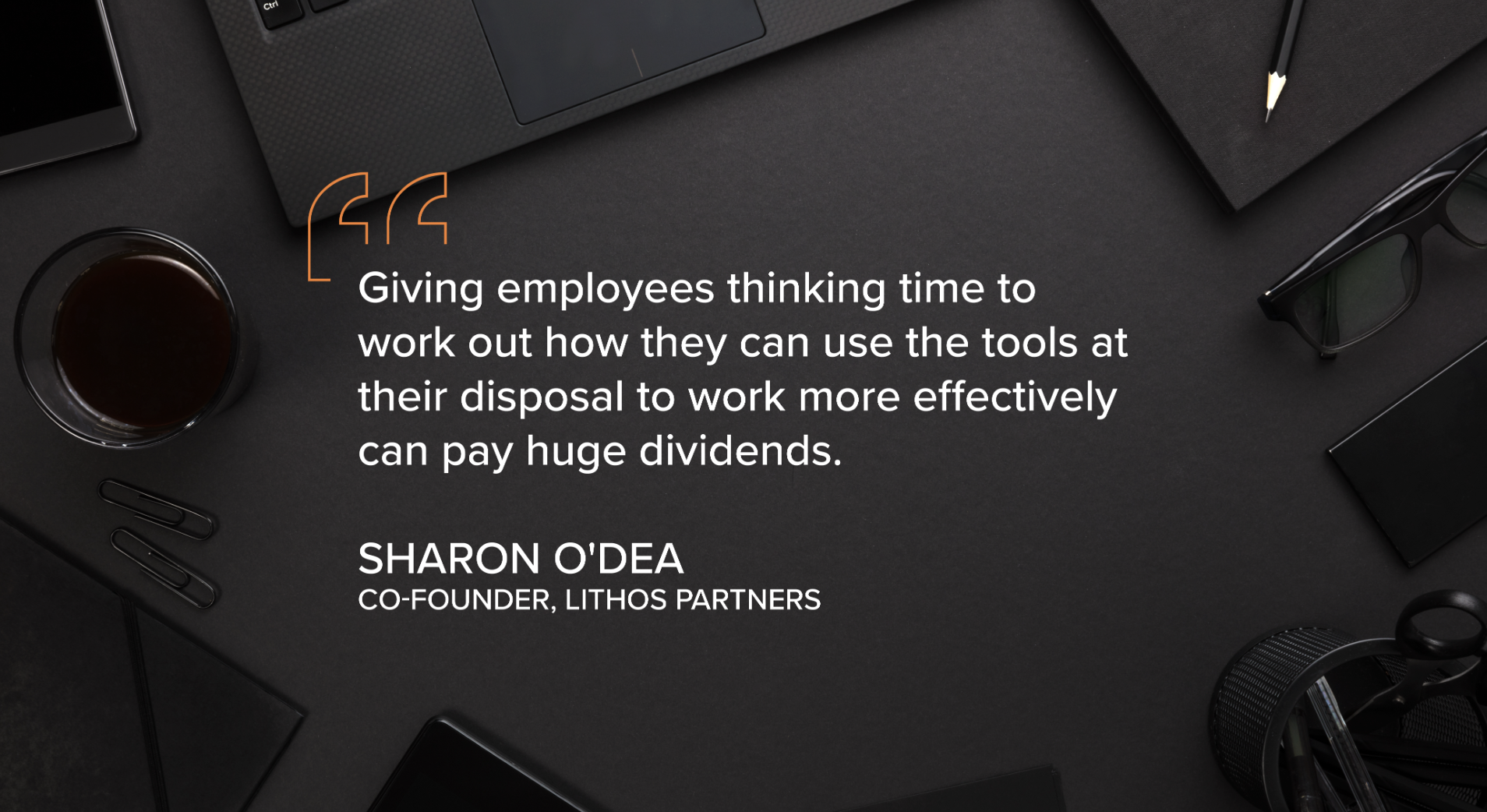 Innovative ideas and solutions can be found across companies, but often fail to permutate across silos. One solution is to encourage people to work in other teams for the day to facilitate sharing of ideas and understanding of problems.

For instance, an enterprise community manager I worked with would spend time working with teams to understand their problem, then help them to configure the set of the tools the company had already invested in to reduce their pain points.

The digital and technology team at UK charity Barnardo’s have begun experimenting with regular innovation time in what they call Fixin’ Fridays. Team members are tasked with spending the occasional Friday identifying and fixing problems within the team and across the wider organisation. This could be through building new tools or joining together existing ones in order to work more efficiently.

But equally important for them is the value of getting on the phone to colleagues across the organisation to learn more about them, their work and needs, or taking the day to visit services and understanding the pain points that affect others.

Over two-thirds of UK workers say that automation will give them more time to do their primary job duties. But the people best placed to understand how technology can be applied to make work better are workers themselves.

Three quarters of workers say they’re excited to learn new things as the workforce moves toward more automation. But that excitement is tempered by worries about the impact on job security, against a backdrop of scare stories about robots taking our jobs.

No one wants to feel that innovation is being done to them. But by giving people the responsibility and the time to improve their own ways of working, you also share ownership of the pace of change and create the conditions for sustainable innovation.