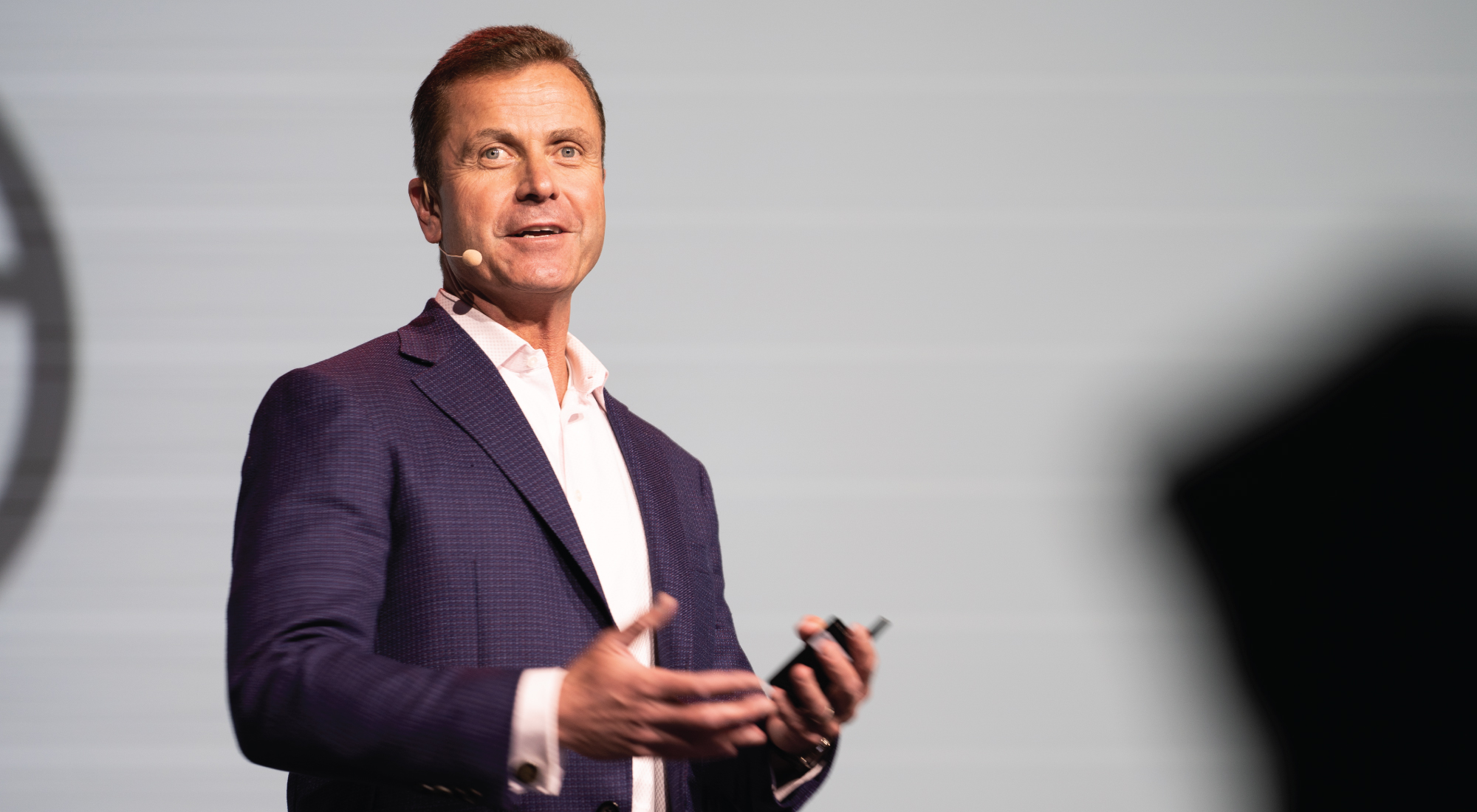 A Message From Alex Shootman, CEO at Workfront — Adapted From His Presentation at Leap.

On August 15, 2013, I received one of my most important lessons on the meaning of work, a lesson learned on a dirt road near Wolaita Sodo in the Southern Ethiopia. It had taken almost three hours to drive there from Awassa where we had spent the night — three hours that took me 90 miles in distance but took me hundreds of years back in time.

Agriculture is the livelihood for more than 90 percent of the population in Sodo. The land is beautiful, ranging from 4,000 to 5,000 feet in altitude with a temperature between 60 to 80 degrees. The climate is, in the words of one author, “simply delicious.” The air is clear and smells of roasting coffee. Young goat and sheep herders surround you, and dozens of children filled with curiosity follow your every move. It is magical.

I was on this road was because I served on the board of Eden Reforestation, a global non-profit organization that has planted almost 300 million trees in five different countries. We had heard about a World Vision project that was highly successful in community engagement, and we wanted to learn about it. World Vision agreed to host us for the day.

After a few hours of hiking through the amazing forest regeneration work, we headed to a small, mud-sided shed for a briefing by the team from the community that led the effort. I ducked into the shed and was immediately floored by the charts and photos on the walls. Growth charts, pictures of the team getting awards, government recognition, and photos of country leadership. The room was a testament to accomplishment.

Our host and translator, Worknesh Mekonnen, who was Deputy Director of World Vision Ethiopia at the time, shared that the people wanted to tell us about the program. I spoke up. “Before they tell us about the program,” I said, “Can you tell them that based on seeing the pictures on the wall and walking on the land it is clear they have accomplished something amazing? Please tell them congratulations.”

And this is when I got the lesson.

Worknesh began to speak to the man who had been elected by the community to lead the effort. I don’t speak Amharic so all I could do was watch him as she spoke, but I could see the exact second that she said ‘congratulations’ as he straightened, and a small smile walked up onto his face. Pride in the work, it seems, transcends culture, language, time, and type of work. In Ethiopia that day, I learned that pride in the work is the greatest motivator. 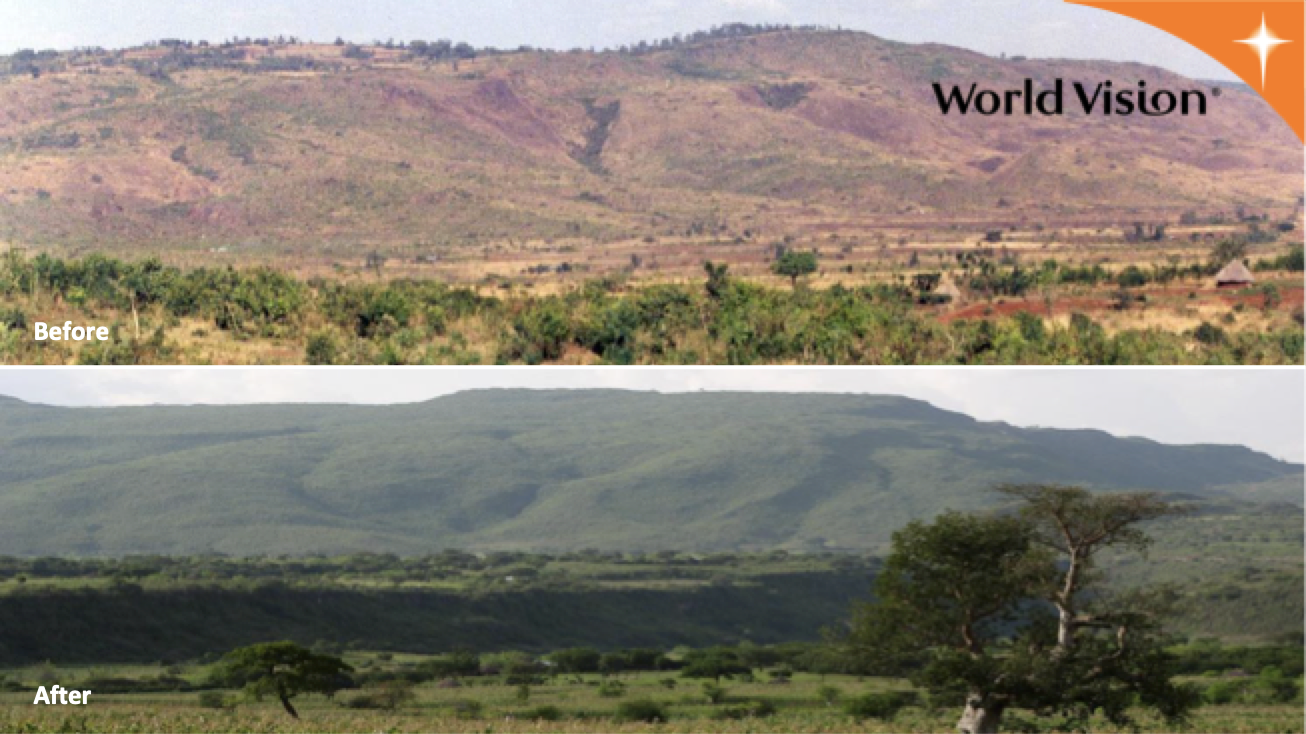 The man who smiled in Wolaita that day is fortunate. He can see the results of his work and he gets to walk with his teammates through his work each day. When they put their hands in the dirt, trees grow, animals return, and birds sing.

It’s not always that way with modern work.

I’ve had hundreds of conversations with prospects and customers of Workfront, and I know people everywhere want to see the same smile I saw in Wolaita. It is hard, and it is not the modern worker’s fault that it is hard. Work has changed and the changes make it difficult to create an optimal level of pride and motivation. To master modern work we have to understand the five elements of work and how they have evolved.

The Five Elements of Work

Three hundred miles from the project in Wolaita, evidence of the first work exists by Lake Turkana on the border between Ethiopia and Kenya. And in that evidence we see the five elements that have always defined work:

Worker — What skills does the worker have and how close are they to the final product?

Tools — How varied are the tools and how fast is the rate of change in the tools?

Time — Does time govern the work?

Team — Is the worker alone in their efforts or must they depend upon others?

Location — Is the work dependent upon location?

Our cousins in the Rift Valley millions of years ago were close to the work, so close they could smell its breath. There was no differentiation in tools, and it took a million years to go from rock to ax. Time was not a factor; work occurred day and night. There was no division of labor, and you had to be at the site to finish the work.

The five elements evolved as we moved from an agrarian society through the industrial revolution and into the age of knowledge work, a term coined by Peter Drucker in 1959. Sixty years later, and with all due respect to Drucker, we are in the next big transformation of work: the age of modern work. And in the last decade, modern work has exploded for two reasons.

First, we’re experiencing global tribalism. We are social, mobile, and networked. Today 2.4 billion people use Facebook. Only a decade ago it was 100 million. Twitter has 350 million users today in 2008 it had 6 million. LinkedIn has over 450 million users and ten years ago it was 37 million. Instagram did not exist in 2008 and today has 1 billion users. On YouTube 70 million videos a decade ago has turned into 7 billion today. 1.5 billion Internet users have turned into 4 billion and 80 percent of them are on social media.

Global tribalism and digital transformation have completely changed the way we work. Put simply, for the first time in history all five work elements are changing at the exact same time. The worker is distant from the final product, the tools are infinite and evolving quickly, time is compressing the work, work is not done in isolation, and there is no location in which the workers are together. 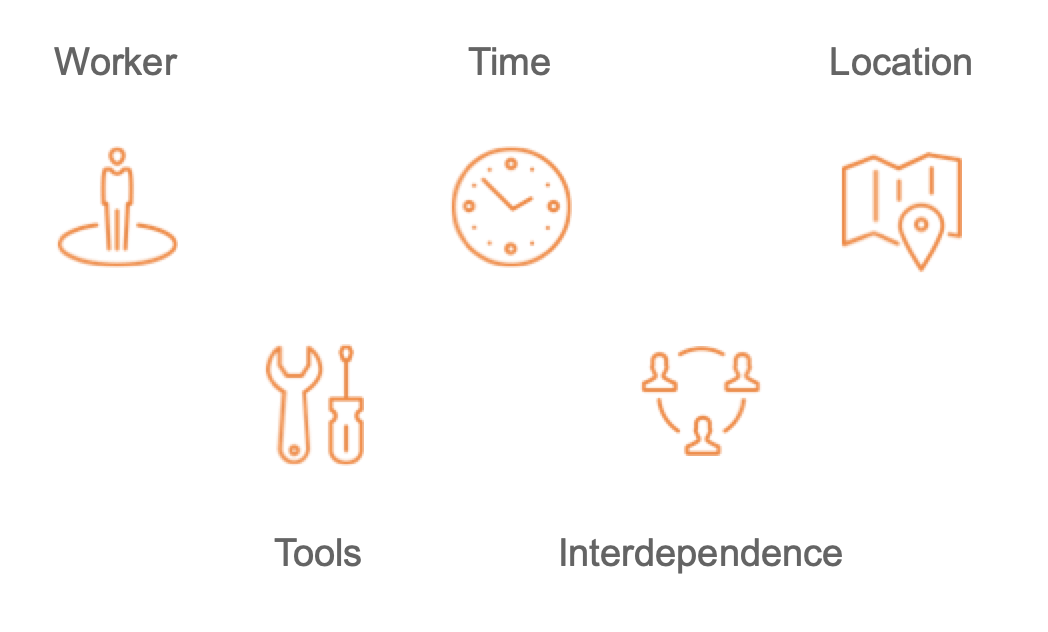 The good news is that I constantly meet people in a range of industries who are learning to master modern work. They’re figuring out innovative ways to get work done right. They work in the seams, integrate their teams, and connect the work to the results.

I’ve seen people like Monique Evans at Stanley Black & Decker, who now leads all things Workfront and moved into her first ever management position. Similarly, Mary Ann Erickson at Allianz Partners has become the ‘go-to’ person to evaluate and optimize workflow. And Alison Angilletta had tremendous success with leading integration efforts as part of an acquisition and is now a director at RWJBarnabas.

Cynthia Boon at GM Financial recently told our Customer Advisory Board that she has received multiple promotions that now have her as an AVP in a brand new role. GM Financial needed to get close to their end customers for the first time instead of relying solely on their dealers for customer input. Given her creativity in showing the company new ways to work, they picked Cynthia and told her to show the company how to improve customer experience.

And finally, there is the story of Max, which I believe is an early sign of the possibilities that exist around modern work management. The Dentsu Aegis Network (DAN) is a marketing services group built for the digital economy, helping their clients build brands and win, keep, and grow customers in an age of digital disruption. They had over one billion dollars of revenue in 2018 delivered by over 35,000 people in 145 countries. DAN is the type of company that both represents and has to respond to the challenges and opportunities of modern work. Max had a great reputation at DAN in his role leading the PMO, but the company realized they had to take a holistic view of how work is managed and how to apply technology to free up talent to work on high value activities. Max is now the chief automation officer at DAN.

I believe an executive role will emerge in the future. Much like the rise of the chief revenue officer, I believe there will be a chief work officer, the company’s top executive called upon to look after the tier one asset known as work. These people who have mastered modern work — Monique, Mary Ann, Alison, Cynthia, and Max — are the people who will move up into this role.

Remember the man with the smile of pride in the shed in Ethiopia? There are 1,000 people at Workfront that get that smile on their face when tomorrow’s leaders, like those I mentioned above, succeed. That is the pride in our work. One thousand people who have one reason they come to work each day: To help people do their best work.

Learn more about what Workfront can do for you and your teams.