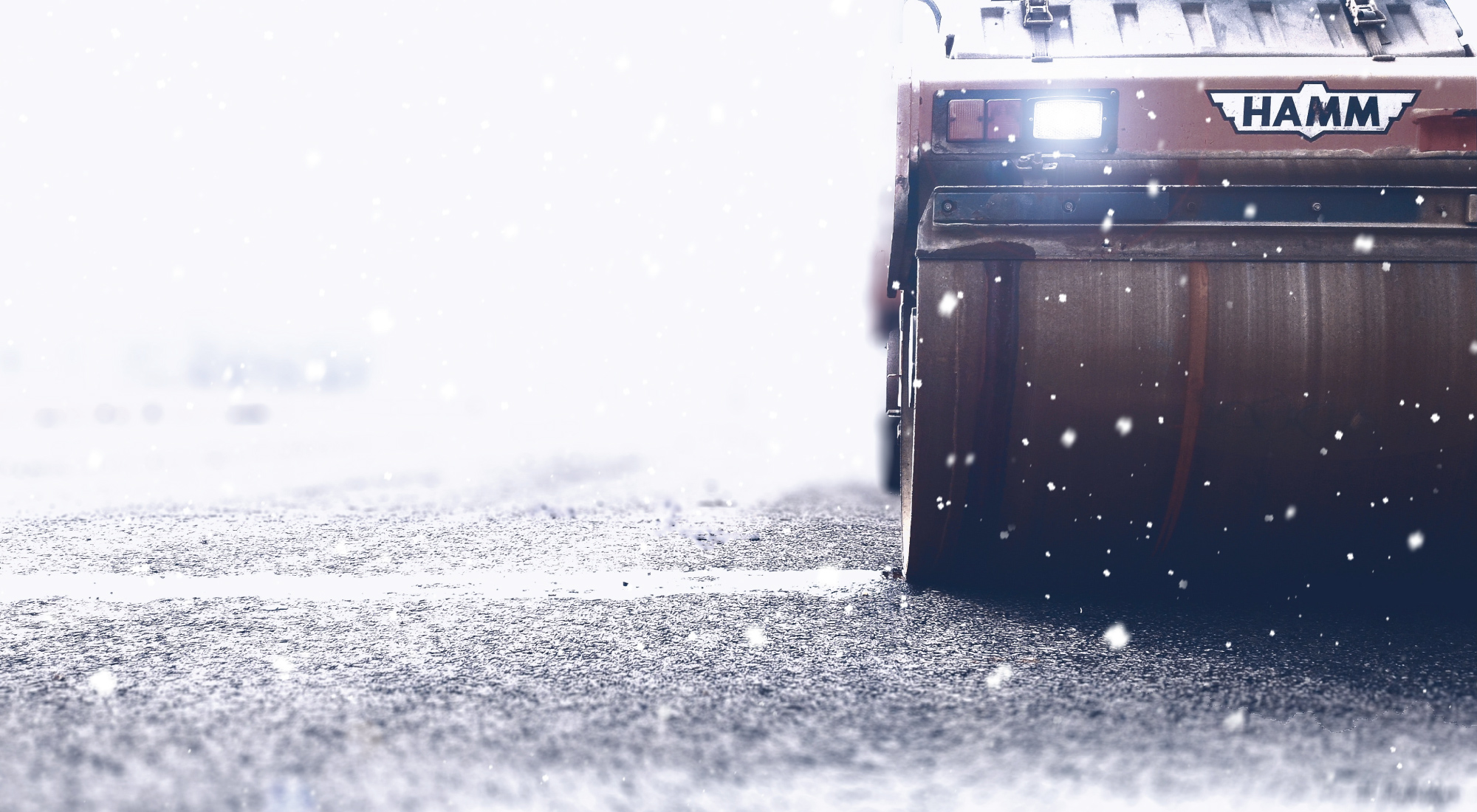 How to Streamline Processes without Steamrolling Creativity

When taken to extremes, almost any virtue can turn into vice. This is true even for the well-established virtue of streamlining work processes.

Is this a surprising opinion coming from a person who promotes work-management software for a living? It shouldn’t be. After all, the whole point of standardizing processes is to leverage the full potential of our people—to free them from mundane, repetitive work and enable them to use their full range of gifts in the workplace, which has far-reaching benefits for organizations and individuals alike. (A lesson that Elon Musk recently learned the hard way.)

So how can you keep process management from becoming too much of a good thing? Take a cue from Pixar founder Ed Catmull, who offers four important nuggets of advice in his best-selling book Creativity, Inc.

Pixar held on to two guiding principles through its historic and meteoric rise—“Story is King” and “Trust the Process.” This second principle offered a sense of stability through the challenges that are part and parcel of producing groundbreaking computer-animated films. (The company’s first fourteen films, from Toy Story to Monsters University, all opened at number one in the box office.)

“We liked this [principle] because it was so reassuring,” Catmull writes. “While there are inevitable difficulties and missteps in any complex creative endeavor, you can trust that ‘the process’ will carry you through.”

But it turned out that clinging too firmly to this principle started to cause some problems. Over time, the idea morphed into “Assume That The Process Will Fix Things For Us,” in practice at least.

“It gave us solace,” Ed writes, “but it also coaxed us into letting down our guard and, in the end, made us passive. Even worse, it made us sloppy.” It had become a crutch.

Catmull eventually realized he needed to trust in people more than processes because a process has no will or agenda. It’s merely a tool and a framework that people use to produce their work and meet their goals.

As Jordan Staples writes in the preface of Workfront CEO Alex Shootman’s book, Done Right, “Modern work management is about empowering your team to execute purpose-driven work at the speed and scale of digital.” Notice how Staples framed his statement—it’s about the people first and the work processes second.

For years, when Catmull would speak to an audience, he liked to ask his audience which was more valuable: good ideas or good people? Only one person ever pointed out that this was a false choice. Ideas come from people, therefore people are more important than ideas.

Furthermore, movies (and for that matter, any collectively produced goods or products) are never just one idea. Ideas are not singular. They are, Catmull writes, “forged through tens of thousands of decisions, often made by dozens of people.” A movie, and an iPhone, and a new software release are all comprised of a multitude of ideas, and behind those ideas are people.

Armed with this new clarity about the nature of ideas, Catmull made some organizational changes. The charter of Pixar’s development department had previously been oriented around “seeking out and developing ideas to make into films.” He switched the department’s mission to be about hiring good people, figuring out what they needed, assigning them to projects that matched their skills, and making sure they functioned well together.

“Find, develop, and support good people, and they in turn will find, develop and own good ideas,” Catmull writes.

This concept is also core to Shootman’s book, who writes, “I believe people are generally good and want to do great work — work that matters. And making work matter is too important to leave to chance. It’s why if you want to be a master of modern work, you have to master motivation and vision.”

Well-designed work processes don’t come from the top down. They’re not imposed upon people, with the expectation that everyone will fit themselves into the framework, becoming mere cogs in a machine. Instead, properly implemented work processes should be flexible enough to allow those who work within them to shape and mold the framework as they go.

Catmull was strongly influenced by W. Edwards Deming, an American statistician who was involved in Japan’s reconstruction efforts after World War II. Deming inspired Sony co-founder Akio Morita to institute radical new production processes at Toyota. In essence, the responsibility for finding and fixing problems was assigned to every employee, no matter their position on the production line. So Toyota installed a cord that literally anyone could pull to stop production. What did this accomplish? It “gave ownership and responsibility for a product’s quality to the people who were most involved in its creation,” Catmull writes. “Instead of merely repeating an action, workers could suggest changes, call out problems, and feel the pride that came when they helped fix what was broken.”

The continuous improvement that resulted from this approach gave Toyota a reputation of quality that persists to this day, and it eventually transformed manufacturing around the world.

In his book, Alex Shootman’s book presents three questions that align closely with the idea of empowering every individual in an organization, from top to bottom. Every single employee should be able to answer each of the following in the affirmative:

The answer to Shootman’s first question depends on having solid, repeatable, well-organized processes. The answer to the other two depend on making sure those processes are flexible and adaptable to the changing needs of workers on the ground—especially given the breakneck speed at which work moves in the digital age.

Here’s another question to ask yourself: do your digital processes resemble a 1940s manufacturing floor, where workers merely repeat their actions and then move them along to the next phase in the process? Or is everyone empowered to “pull the cord” and thereby take a vested interest in the quality of the work they’re producing? Does everyone have a chance to feel proud?

After releasing their first number one hit, Toy Story, Catmull and his team discovered a big problem that had somehow sailed under the radar. And it started with completely understandable intentions, as many problems do.

Because filmmaking is a complicated proposition (as are most other digital initiatives today), production leaders felt a ton of pressure to control the process. A rule emerged that if you have something to say, you have to communicate it through your manager, who goes to the other person’s manager, and then it would filter down from there. If an animator wanted to talk to a modeler, for example, he or she had to go through the proper channels.

Some saw this as “irritating and obstructionist,” while others saw it as “well-intentioned micromanaging.” Either way, it wasn’t working. Catmull realized that they had made the mistake of confusing the communication structure with the organizational structure. So he changed the rule to allow anyone to talk to anyone else, at any level, at any time.

“The exchange of information was key to our business, of course, but I believed that it could—and frequently should—happen out of order, without people getting bent out of shape,” Catmull writes.

Modern work management software, with its built-in communication tools, makes it easy to escape these kinds of hierarchical communication barriers. With everyone in the organization connected to everyone else, and easily searchable through the software itself, communication is not only natural and easy, it’s also archived within the context of the work itself. And it can be viewed at any time by anyone (like the animators’ and modelers’ managers) who needs to be kept in the loop.

So, the final question to ask yourself is: are you inadvertently allowing your organizational processes to constrain communication and interrupt the free-flow of ideas and information throughout your organization?

The Beast and the Ugly Baby

In a section of the book that’s well worth reading, Catmull talks about the importance of continually feeding The Hungry Beast (the products and processes that drive your revenue) while also protecting The Ugly Baby (those fledgling creative ideas that need room to develop and grow). Keeping the two in balance is one of the most difficult challenges of the modern leader. If you allow the beast to get too powerful, you’ll be efficient and well organized, but you run the risk of stagnation. If you allow the ugly baby to suck up too many resources, you can undermine your company’s revenue-generating machine.

Yes, streamlined workflows and efficient processes are essential. They are what keep “The Beast” alive and healthy. But it’s important to remember that it’s the people—those who shape the processes, give birth to the ideas, and raise those “ugly babies” to beautiful maturity—who matter even more.