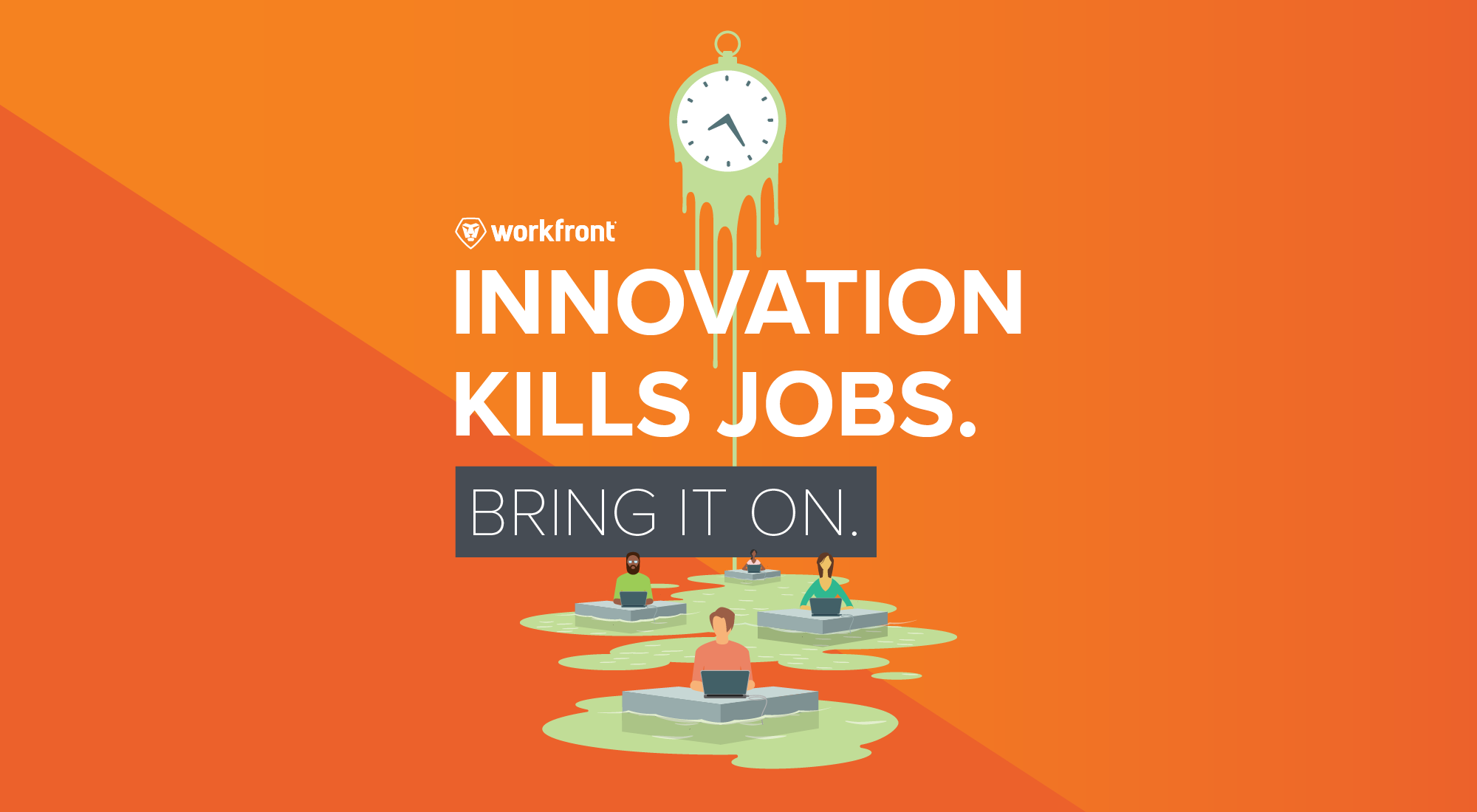 Innovation Kills (and Creates) Jobs. Here’s What to Do About It.

That’s how much oil the head of a sperm whale can contain, and — as is detailed at length in Herman Melville’s masterpiece Moby-Dick — the job of excavating that oil in the 1800s was the stuff of nightmares, nightmares Melville knew firsthand from his voyages as a whaler.

In a particularly terrifying scene in the novel, a sailor holds onto a cable with one hand and lowers a 20-foot pole attached to a bucket to scoop out the oil with the other. After the 80th or 90th bucketfull, the sailor’s strength gives way. He slips headfirst into the whale’s head “with a horrible oily gurgling.”

The shipmates can’t see the suffocating sailor in the pond of milky oil, and when they lower the pole down to fish him out, there’s no response. It’s only once someone slices through the base of the whale head and grabs the drowning sailor out by the hair that everything’s safe again — everything, that is, except the remaining oil the sailors had spent weeks hunting down, which is lost to the sea in the wake of the rescue.

How has your workday been?

Chances are you haven’t nearly drowned in hundreds of gallons of oil or sliced through a whale head to rescue a drowning shipmate.

Thankfully, there’s little demand for 19th-century whaling practices today, particularly since the invention of light bulbs largely eliminated our need for whale oil as a form of lumosity. In this sense at least, the job of a whaler followed the way of icemen (who were tasked with carving blocks of ice from frozen lakes for the purpose of household refrigeration) and signalmen (who were tasked with manually managing switches so trains could run along the correct track).

Such is the way of technological progress. New technology — innovation — kills existing jobs, but also creates new ones (such as light bulb factory workers).

Of course, innovation also upends jobs that aren’t eliminated. Take farming, for instance. In 1850s America, roughly 60% of the nation worked as farmers. Today it’s 2%. Why? Because improved technology led to improved productivity, freeing us up to work on other jobs.

What does this tell us about the future? More than anything, it tells us we should expect that as technology continues to improve, consumer demand will shift and more jobs will fall by the wayside.

This shift is well underway. As our 2018-19 State of Work report shows, 48% of us already know someone who has lost a job due to automation. In addition, the average worker says that 61% of their workday gives them personal meaning — hinting at the possibility that 39% of the workday is spent on menial tasks that are at risk of automation (or that most of us would love to see automated).

What should we do about it?

First, we can look at the broader picture and recognize that the death of a task or a job isn’t wholly negative. All things considered, we’re better off with the inventions that lessened the demand for icemen, signalmen, and sperm whale hunters. And in most cases, the same innovations that killed jobs also created less dangerous and (in some cases) less menial jobs. That pattern should bring us hope for the future. According to the US News list of 100 best jobs, most of today’s best jobs either didn’t exist 50 years ago or jobs that have radically changed because of recent technology. The best jobs of tomorrow are likely being invented right now.

Second, we should recognize that the future will place a primacy on flexibility. As the digital age continues, each of us will likely not only change workplaces many times over the course of our careers but also change roles and positions as well. If we accept that rapid change in the workplace is the new normal, we’ll be ready for it. Expect the change to come more quickly — not less so.

Third, we’ll almost certainly need to invest more than ever before in ongoing skills development. Think of it this way. Hundreds of years ago, it didn’t take a decade of schooling to become a farmer. The same was true for a range of jobs, including whaling. But knowledge work today is different. We’re often required to have a college education or its equivalent just to start a job. And because of the pace of digital transformation, it becomes more and more important to continue learning new skills and learning new technology. This might take the form of reading books, attending conferences, or completing coursework with companies such as Pluralsight, Lynda.com, Lambda School, etc. Whatever the approach, chances are that we’d all be better off if we accepted that education will never end in the digital age. The future belongs to those who can put knowledge to use.

Fourth, we need more time to innovate. In our State of Work report, we found that 51% of workers say that innovation is factored into how they’re measured at their job, but only 39% say their workplace encourages them to set aside time for innovation. This highlights a severe disconnect in the workplace — one that's time to correct. If business leaders want innovation, they must give team members time to innovate.

Attitude, flexibility, education, and innovation. That’s what it will take to thrive in the workplace of the future. Bring it on.