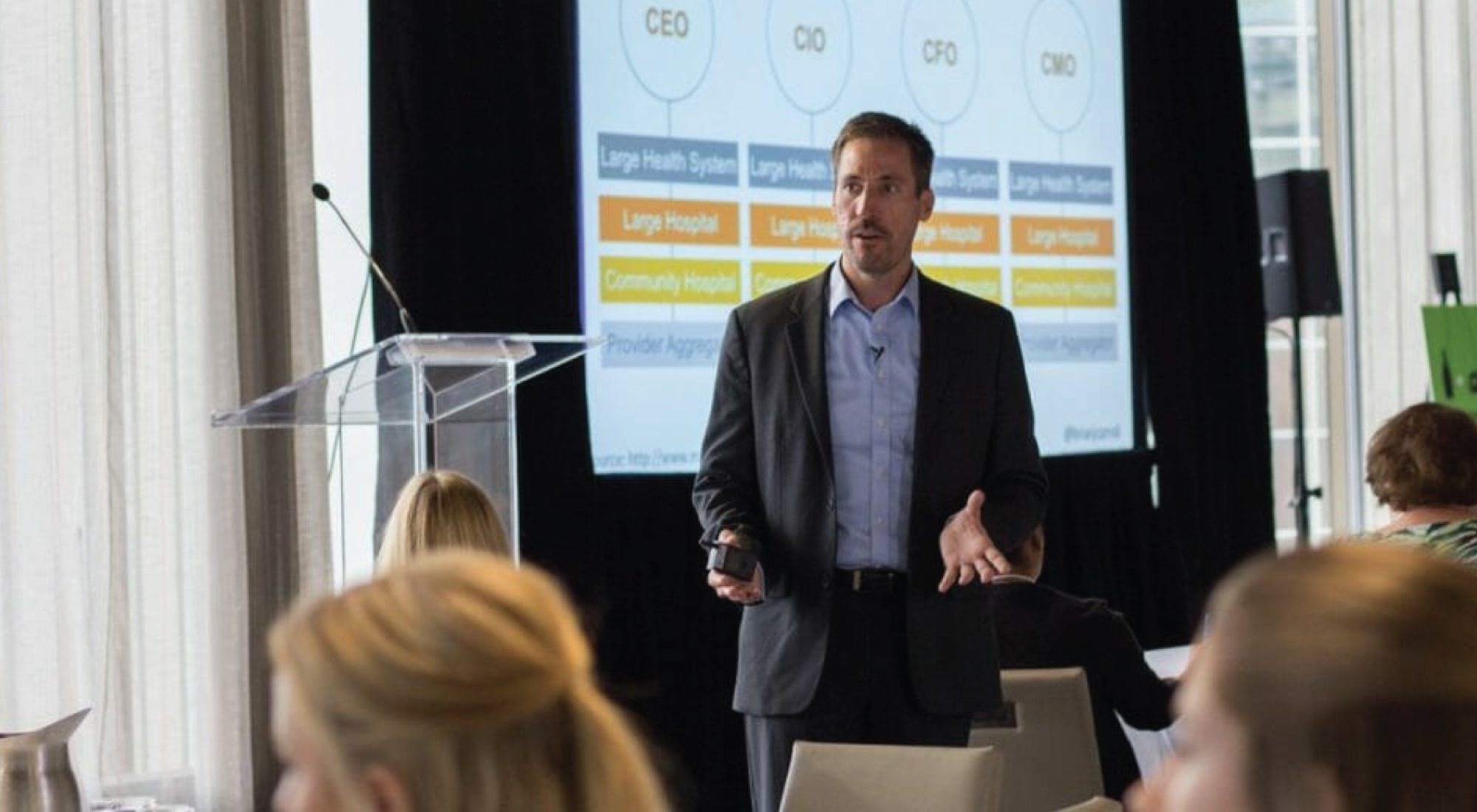 Integrating Empathy at Work: An Interview With Brian Carroll, Founder of Markempa

This post is part of our ongoing interview series with masters of modern work.

Brian Carroll, founder of Markempa, has been interested in empathy since the start of his career.

He was a sales development rep doing cold calls to sales managers, and he was struggling to get appointments. He got rejected again and again.

One day, Brian’s manager saw him struggling and said, “Brian, you're 22 years old. Stop trying to come across as important. Just be yourself. Be a person with another person.”

Brian took that message to heart. He started relating to the sales managers by saying things like, “Hey, I'm Brian. This is my first job. I'm really excited about what I'm learning, and I know you probably have people who are just like me who need to learn. What we'd like to do is come into your organization and talk about sales training.”

Once he did that, he says he was more relatable. He found that when he was vulnerable about his weakness, it created an opening. He ended up getting appointments. “Maybe some people took pity on me,” Brian says, “but I think I got appointments because I connected with them.”

It was his first exposure to the power of empathy in a business setting.

However, it wasn’t until 2014 that empathy became the core of what Brian did for a living. He saw a story on CBS featuring a company that was endorsed by Mother Teresa and led by a CEO who was nominated for a Nobel Peace Prize. Most surprisingly, the company was a collection agency.

Brian was immediately intrigued. The CEO of this company said he knew the reasons people don't pay their bills — that they lost their job, have family members they're trying to care for, are facing health issues, and so on. So this CEO asked, “Why don't we actually try helping people deal with the root cause?” He had a hypothesis that they’d make more money by being compassionate. And he was right. The agency ended up being 200 percent more profitable.

“After I watched this special, I had a Jerry Maguire moment,” says Brian. “I had my team watch the two and a half minute segment, and I told them that if a collection agency could help their customers and see this amazing outcome, we might be able to do something similar.”

So Brian invited his team to work like hotel concierges. “I told them I didn't want them to focus on leads. Instead, I just wanted them to help people.”

Brian says that some people on the team rebelled against that process because they had been conditioned to focus above all on leads, opportunities, and closing. The company paid that way.

“We had to do a lot of training,” Brian says. “I had some people who said they didn’t even know their purpose anymore.”

But Brian kept focused on changing the culture. He told his time to spend time genuinely asking what they could do to help prospects. They’d ask, “What caused you to attend our webinar?” and “What were you hoping to learn?” Then they went further and made sure each prospect got their questions answered in a way that satisfied them.

Since then, Brian has made empathy a major part of not just his company’s strategy but also his personal life. One way he does this is through a method from a book called The Morning Miracle, which uses SAVERS as an acronym to help people have effective mornings.

As Brian relates it, the S stands for silence, which is about sitting in silence each morning. The A is for affirmation, which means repeating a simple affirmation for success. The V is for visualization, which entails picturing how you will overcome any obstacles you might face that day. The E is for exercise (self-explanatory). The R is for reading. And the S is for scribing.

Brian does the routine every morning, which takes about an hour. “I also do a weekly review,” Brian says. “I set aside time in the afternoon every Friday and reflect on how the week went. I do that same thing monthly and again every quarter.”

He also has three additional suggestions for developing empathy on a personal front.

First, Brian recommends becoming aware of how your heart is beating inside your chest. “A group of researchers found that being present and sensing your heartbeat — just putting your hand there — instantly makes you more empathetic to other people,” Brian says. “They don't know why yet. They're trying to do research, but for whatever reason there appeared to be more than a causation effect. They think there's a strong correlation.”

Third, he recommends reading fiction. “When you understand the inner dialogue and story of characters in a fictional story, it’s teaching you empathy,” he says. “You're learning empathy because you're starting to see from the perspective of someone else. That actually begins to translate into real life.”

Since adopting these practices, Brian has found that he’s not only more effective, but also happier. When he first started working as an entrepreneur, he was working at an unhealthy pace. “I had to learn to go from the classic, cliché entrepreneur of working all the time to being more intentional about what’s most important in my life and then structuring my work or my business to support that so I'm not living to work, I'm working to live,” he says. “I now try to work 50 hours a week, and I just find the quality of my work is overall better.”

This is especially important in his line of work. “Because I'm doing this empathy-based work, it requires me to do a lot more self-care,” he says. “I find that if I'm not tuned in to how I feel and I'm not taking care of myself, there's no way I can tune in to others and what's going on in their world. The irony is that by not focusing on work I do a better job at it.”

So, how can you integrate these practices to increase empathy in the workplace? One way is via Markempa itself, which offers three main services: Consulting, training, and coaching. When it comes to consulting, Markempa helps companies understand how their message works at an emotional level and how companies can connect more effectively with prospects. Training consists of webinars, workshops, and courses. Finally, coaching consists of weekly one-on-one meetings that help individual leaders more fully embody empathetic practices at work.

When Brian interviewed Workfront customers as part of his consultations with us, he found that the best responses consistently came from customers who felt cared for at a personal level. “You wanted their success, and you were putting it ahead of Workfront's success,” Brian says. “It showed through very clearly.”

Taken together, Brian’s solutions help companies and individuals start with what he calls “the inner game.” They get people to discover whether they actually mean what they say and whether customers can sense sincerity. “How we feel towards our customers comes through whether we want it or not in the experience they get,” Brian says. “It comes through when they go to our website, when they get follow-up phone calls, when we interact face to face. If you get the inner game right by developing genuine empathy, good things will follow.”