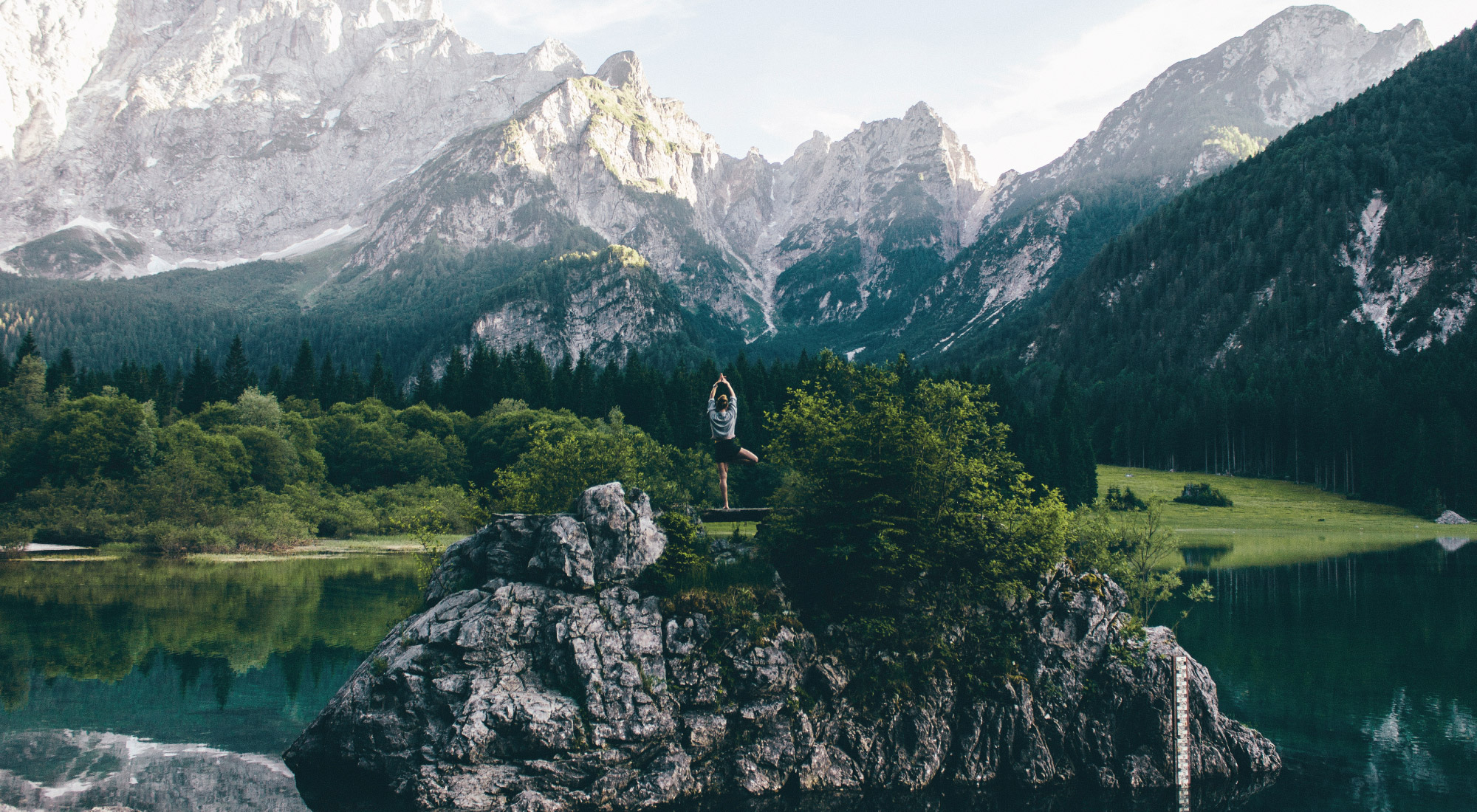 6 Ways to Develop Mental Toughness at Work, According to Harvard

To risk stating the obvious, work today is stressful. The digital transformation is driving a culture of distraction and interpersonal disconnection. The pace of work is speeding up. And the ability to remain constantly connected to the office makes us feel like we’re never unplugged.

Can you relate? You’re definitely not alone. According to Workfront’s most recent State of Work survey, fifty-eight percent of knowledge workers say they’re so swamped with their day-to-day work that they don’t have time to think beyond their daily task list. A separate study conducted by RAND Corporation in partnership with Harvard Medical School and UCLA found that half of all workers take work home with them just to keep up.

"I was surprised how taxing the workplace appears to be, both for less-educated and for more-educated workers,” says Nicole Maestas, the study’s lead author. “Work is taxing at the office and it's taxing when it spills out of the workplace into people's family lives."

Many of the challenges we face at work originate from sources outside of our control. You can’t always do much about a difficult boss or co-worker, an impossible workload, rising external competition, weird office dynamics, or an environment of constant change. But there’s one thing you can always control, and that’s yourself—including your attitude, your outlook, your explanatory style, and your adaptive capacity. While each of these qualities are important individually, if you add them all together, they get really powerful, comprising what Harvard Business Review calls “mental toughness” in a recently released essay collection.

Luckily, mental toughness is not fixed or innate. It can be cultivated, grown, and strengthened through the choices we make and the perspectives we adopt, both in and out of the office. Here are six ways to build the kind of mental reserves that will help us navigate anything today’s workplace can throw at us, sourced from the HBR essays, with a few additional insights from Workfront CEO Alex Shootman and Pixar founder Ed Catmull.

We often think the ability to remain calm and collected in high-stress situations is an inborn trait, but U.K.-based sports psychologist Graham Jones, who has been advising Olympic athletes as well as business and military leaders for decades, argues that this is a skill that can be learned. He points to the example of Greg Searle, who is often asked whether his success—an Olympic gold medal in rowing—was worth the price. Searle’s answer: “I never made any sacrifices; I made choices.” 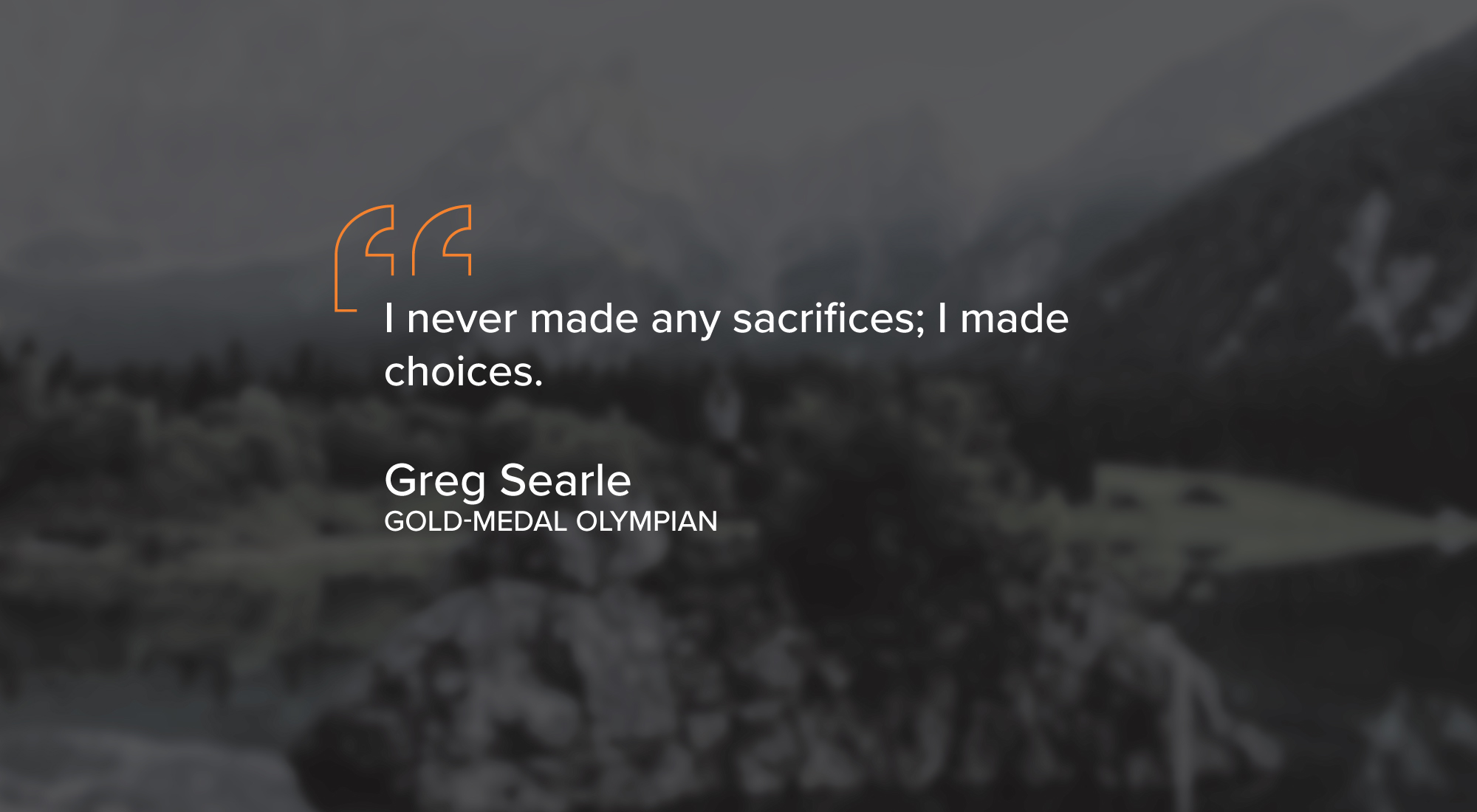 Jones points out that top performers are masters of compartmentalization. They’re able to remain laser-focused on their own excellence without being distracted by the victories or failures of others. And when things go awry, they dust themselves off and move on. “They concentrate on what they can control and forget the rest,” Jones says. “They rarely let themselves be sidetracked by events outside a competition.” But no one is born with the ability to focus intently and block out negative, distracting, or destructive inputs. These are choices anyone can make, in any endeavor or pursuit. And the more we exercise our focus muscles, the better we’ll get at remaining cool under fire.

2. Fixate on the Long Term

“Much of star athletes’ ability to rebound from defeat comes from an intense focus on long-term goals and aspirations,” Jones writes. “At the same time, both sports stars and their coaches are keenly aware that the road to long-term success is paved with small achievements.” He describes Adrian Moorhouse’s Olympic gold medal in the 100-meter breaststroke in 1988. Moorhouse and his coach calculated the time he’d need to hit (62 seconds) four years in advance of the Seoul Summer Olympics, and then he directed all of his training and practice toward that extraordinary achievement. Moorhouse’s goal was specific, measurable, deliberate, and ambitious—without being unrealistic. In other words, it wasn’t a pipe dream. And he nailed it. But again, he planned his victory with exacting detail four years before he achieved it.

Moorhouse’s approach resembles the goal-setting paradigm Workfront CEO Alex Shootman describes in his book, Done Right. Alex breaks objectives down into their smallest constituent parts: “Your Key Initiatives are defined by Extraordinary Goals and are built from Milestones, which are achieved by the relentless accomplishment of Best Next Actions,” Alex writes. In other words, keep an eye on the ultimate destination while relentlessly checking off the interim tasks that will lead you there, as Adrian Moorhouse did in his quest for gold.

Olympian Sue Shotton was considered to be the best female trampolinist in the world in 1983, but she had still not won a world championship. Determined to capture the title, she worked with physiologists, bio-mechanists, and elite sports coaches. She fine-tuned her performance through video analysis and nutritional optimization. And her efforts paid off with a world championship win in 1984.

“Shotton had an insatiable appetite for feedback—a quality I have seen in all the top business performers I have worked with,” Jones writes. “They have a particularly strong need for instant, in the moment feedback.” He went on to describe a top sales and marketing director who had “relentless, sometimes brutally honest critiques” from the CEO to thank for his success.

The moral? Get hungry for constructive feedback, the kind that will lead to concrete improvements in your performance. Critiques and reviews are inevitable in a business environment. We can choose to meet them with an open, earnest mind—or a closed, defensive one. It’s our mindset, not necessarily the content of the incoming advice, that will determine whether that feedback demoralizes us or motivates us to improve.

Alex Shootman takes this concept far beyond formal feedback sessions. He advocates for active listening in every communication and interaction. “Listen fully and be curious as a leader,” Alex writes. “Watch your team’s nonverbal cues and micro-expressions. Read your people. If they don’t understand what you’re saying — or don’t like it — you’ll read it in their faces and in their posture.” Following this pattern in meetings provides more than just the insight to understand your team better; it also demonstrates leadership behaviors that others will start to follow.

Authors and researchers Robert J. Thomas and Warren Bennis set out to write a book about how the era as a whole influences a leader’s motivation and aspirations. After interviewing 43 business and government leaders born between 1925 and 1970, a fascinating common narrative emerged, which was unrelated to their original goal. “Our research has led us to conclude that one of the most reliable indicators and predictors of true leadership is an individual’s ability to find meaning in negative events and to learn from even the most trying circumstances,” they write. “Put another way, the skills required to conquer adversity and emerge stronger and more committed than ever are the same ones that make for extraordinary leaders.”

Their interview subjects described wide-ranging challenges—including an acute workplace crisis, ongoing cruelty and prejudice from a boss, and even a 16-year wrongful imprisonment—that many would consider incapacitating. But these leaders didn’t see immovable obstacles standing in front of them; they saw opportunities for reinvention. They were able to “create a narrative around it, a story of how they were challenged, met the challenge, and became better leaders,” Thomas and Bennis write, an option that’s available to all of us, no matter our circumstances.

In his book The Happiness Advantage, Shawn Achor refers to this phenomenon as an “explanatory style”—or the way we choose to interpret the events in our lives, which can have a huge impact on productivity, happiness, and wellbeing. In one study, for example, optimistic sales people who could put a positive spin on their rejections sold 88 percent more than their more pessimistic counterparts.

Thomas and Bennis identified four essential skills that allow a person to find meaning in what could be a debilitating experience, including the ability to engage others in shared meaning, a distinctive and compelling voice, a sense of integrity, and above all, “adaptive capacity,” which they define as “applied creativity—an almost magical ability to transcend adversity, with all its attendant stresses, and to emerge stronger than before.” But there are two practical keys beneath the magic of adaptive capacity: (1) the ability to grasp context and (2) hardiness, both of which can be developed with motivation and practice.

First, contextual intelligence, or “the ability to understand the limits of our knowledge and to adapt that knowledge to an environment different from the one in which it was developed,” requires exposing yourself to different environments and being open to new ideas.

The second key to adaptive capacity, hardiness, can also be developed, by exploring the three C’s:

Martin Seligman, often called the father of positive psychology, suggests that those who are mentally tough are willing to examine their icebergs—the deeply held beliefs that are so far under the surface that we rarely acknowledge or confront them. One example is: “asking for help is a sign of weakness.” This is a self-limiting belief that we might not even be aware is influencing our behavior and choices.

In his book Creativity, Inc., Pixar founder Ed Catmull shared his own iceberg story, where something as innocuous as the shape of a conference room table was actively undermining the company’s core values.

A designer that the management team had complete faith in had chosen to furnish the room with a long narrow table, for aesthetic purposes primarily, and the team held meetings around that table for a decade. The problem with the table was that unless you were seated in the dead center, it was difficult to hear or engage in the discussion. So a place card system was devised to ensure that the most critical players, such as a film’s director or producer who needed to hear everything that was being said, always got those center seats. This resulted in an unintended hierarchy, wherein a person’s status or importance was broadcast by his or her position at the table. When Catmull and others realized the effect the arrangement was having, they replaced the table with a square version, and discussions immediately became more open and egalitarian.

It took a decade of less-than-optimal meetings before anyone thought to examine that particular iceberg. And even after the table was replaced, someone trotted out the old place cards by force of habit. They were promptly discarded.

Success in the modern world of work, with all of its attendant challenges, takes more than technical expertise and the specific suite of skills listed on our resumes. We also need to develop the mental resilience that will help us navigate unexpected difficulties, overcome inevitable failures, and remain focused on our most important goals, no matter what the workplace throws at us.