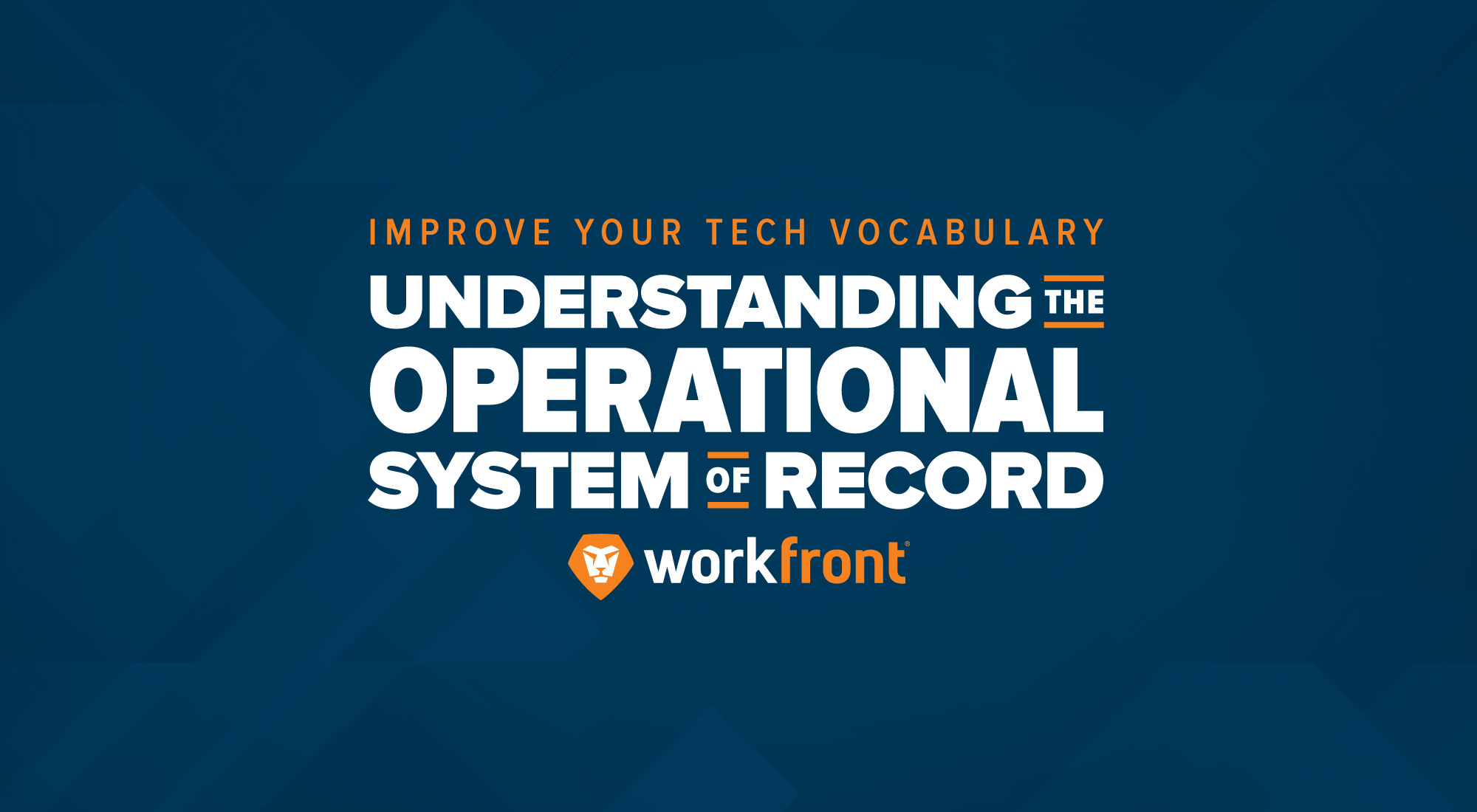 What Is an Operational System of Record?

Did you know the term “computer” has been a part of the English lexicon for more than 400 years? The first known written reference dates from 1613.

Of course it meant something quite different back then; a computer was a person who performed mathematical calculations. It still meant that as recently as 1961, when Katherine Johnson calculated the trajectory of Alan Shepherd’s trip into space (a feat immortalized in the 2016 film Hidden Figures).

By the time John Glenn went into orbit a few years later, NASA was using computers of the non-human variety. And the name carried over. 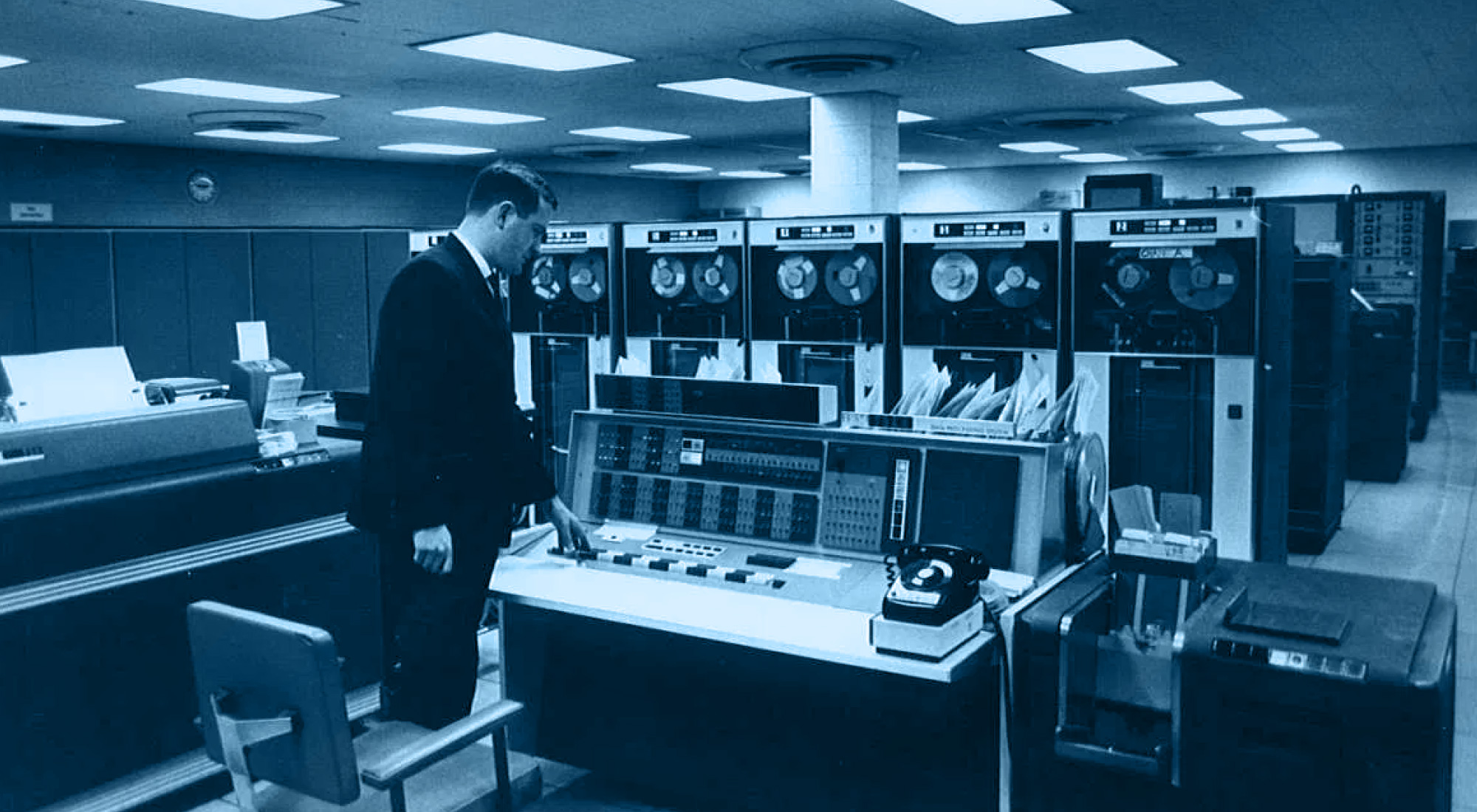 As technology advances, there’s often a vocabulary gap. When a new concept or a new thing comes into being, a new word must be coined—or co-opted—to describe it.

Sometimes familiar words get taken over, as in the case of computer, cloud, network, and hardware. Sometimes existing words get a little tweak, as in the case of email, ethernet, and software. And sometimes confusing acronyms emerge with suspect capitalization. (I’m looking at you, SaaS.)

Take the word “software,” for example. It once meant one fairly narrow thing: a digital program you installed on your (non-human) computer via a disk drive or CD.

As cloud- and subscription-based options emerged, the old definition didn’t exactly fit, and language had to catch up to the technology. Software-as-a-Service (SaaS) was the term that somehow stuck, and it’s now furiously dividing into subcategories of its own: operational, sales force automation, analytical, collaborative, campaign management, and sales intelligence, among others.

Here in our own corner of the SaaS world, innovation is speeding ahead, and language is failing to keep up, as usual. Those of us on the forefront of driving the change often find ourselves breaking out of the bounds of existing definitions.

For 5 consecutive years, we were honored to be positioned in the Leaders Quadrant for Cloud-Based IT Project and Portfolio Management Services, Worldwide by Gartner, Inc.—even though the Workfront solution has always transcended both the “PPM software” and “Enterprise work management” labels. Yes, from our founding as AtTask in 2001, we have provided PPM tools, but we’ve always offered so much more. Because the nature of work in the digital age demands so much more.

Introducing The Operational System of Record 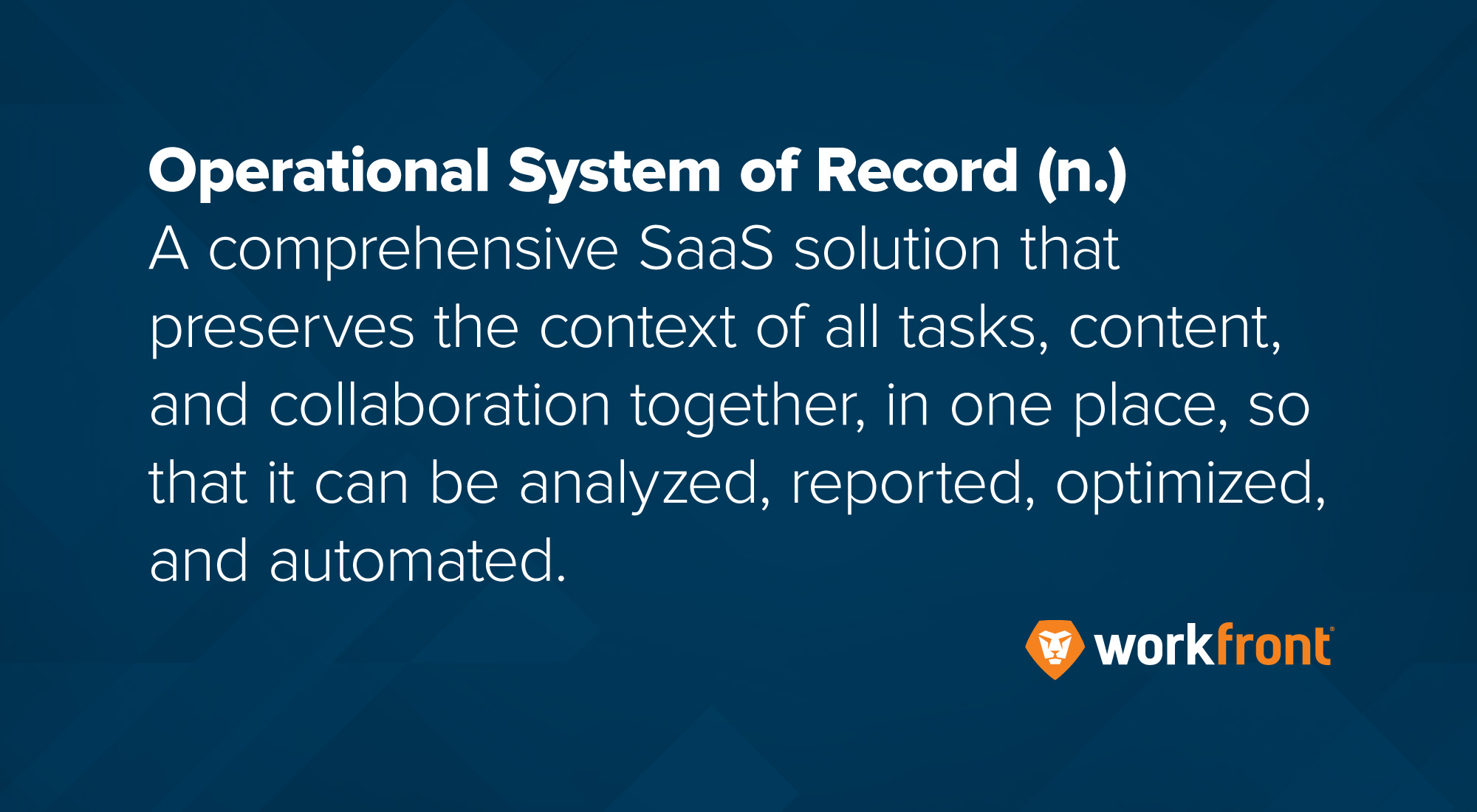 What does work look like today, in the modern age of digital transformation? For starters, we see enterprises using dozens of different solutions to organize, manage, analyze, and carry out their work. Many of these systems overlap in functionality and may not coordinate well with one another. Knowledge workers are left toggling between multiple different tools, trying to paint a manual picture of what’s going on.

According to our 2017-2018 State of Enterprise Work report, the top five tools people use to manage their work were invented as recently as the mid-1990s and as far back as 100 B.C.:

PPM software ranked ninth on the list, with 26% of respondents saying they use this much more modern invention, while still relying on the inefficient and highly manual tools listed above.

As if managing this mishmash of tools weren’t challenging enough, the modern worker must also adapt to the changing nature of work itself. More and more organizations are embracing a “Hollywood model of work” characterized by temporary teams that organize around a particular project before disbanding and regrouping for the next project. 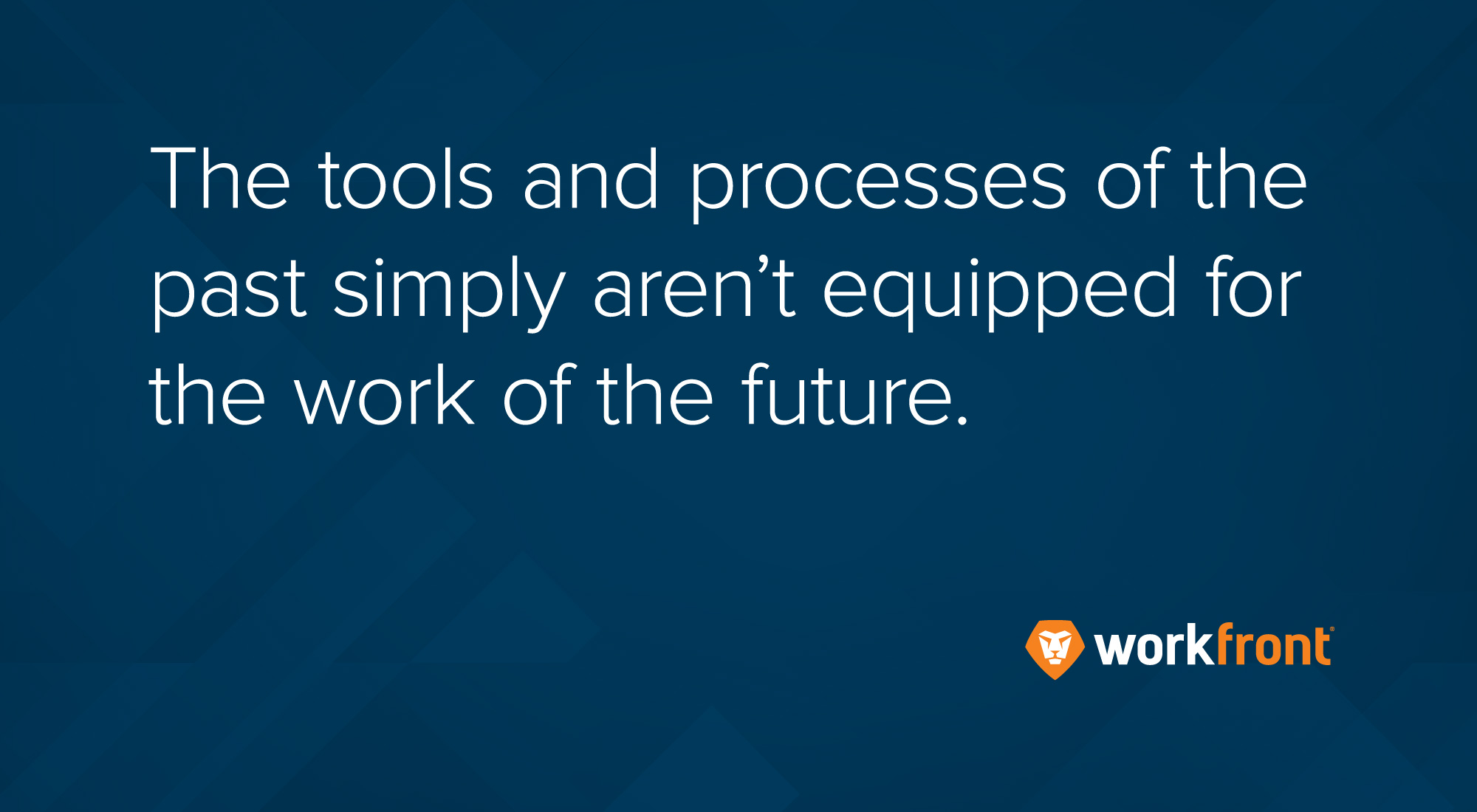 Amidst so much change, one thing is clear: the tools and processes of the past simply aren’t equipped for the work of the future. Organizations need a single system that can encapsulate the complete “DNA of Work”—preserving the context of all tasks, content, and collaboration together, in one place, so that it can be analyzed, reported, optimized, and automated.

What modern organizations need is an Operational System of Record (OSR) like Workfront in order to plan and execute work for the entire enterprise.

This may be the first time you’ve heard of an OSR, but give it time. Soon enough, it will join the ranks of CRM and PPM and SaaS and all the other acronyms that we use as shorthand to describe these complex, interrelated systems that continually defy our efforts to define them simply.

Like each of these other systems, the true understanding of the term will come from using the technology. With an Operational System of Record on your side, you have a single source of truth that integrates and connects the enterprise vertically and horizontally, and encompasses the lifecycle of work from end-to-end.

An OSR like Workfront gives you the visibility you need to make smarter decisions, the ability to focus more of your time on high-value work (thanks to the automation of routine tasks), a higher quality of work output, smoother and more streamlined operations, and an unassailable record of all of it that’s available to everyone on the team, at any time of day, no matter where in the world they are.

Imagine if Katherine Johnson and NASA had something like that in 1961.