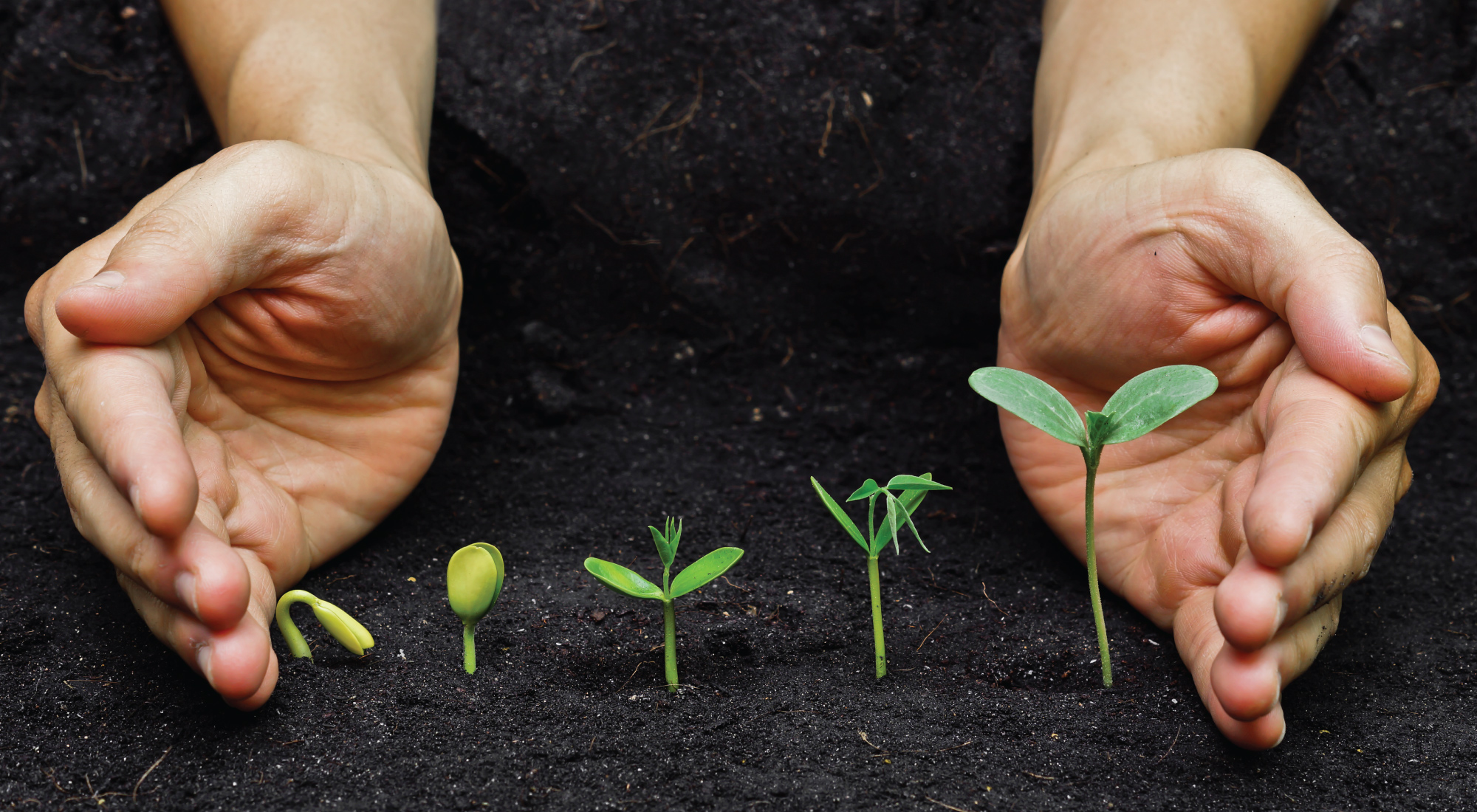 Our Digital Future: Why There’s Nothing to Fear

Remember the legend of John Henry, who takes on a steam-powered drill, refusing to bow down to a disruptive technology, only to die with a hammer in his hand? This fictional story of resistance has played out again and again in real life. In the 1880s, suspicious locals literally took axes and saws to the telephone poles that were going up in their towns. One automobile inventor in the 1890s was told by his banker, “You’re crazy if you think this fool contraption you’ve been wasting your time on will ever displace the horse.” And a Newsweek writer in 1995 proclaimed, in all seriousness: “The truth is no online database will replace your daily newspaper, no CD-ROM can take the place of a competent teacher and no computer network will change the way government works.”

Creative disruption—even creative destruction—is inevitable. We’ve all seen it happen countless times, throughout both remote and recent history. Consider the evolution of music technology: from phonograph to radio to record player to 8-Track to cassette tape to compact disc to iTunes. And phones: rotary dial, push button, cordless, cellular, flip phone, PDA, smartphone. At each stage, there have been early adopters as well as vocal resisters, but the revolution still marches forward, with or without you.

Workplace disruptions have been no different. The new replaces the old, everyone fears the worst, and the worst never materializes—unless we refuse to adapt. Having spent a couple of decades as a tech leader, I’ve been through my fair share of major disruptions, and there will be more to come. Automation and artificial intelligence (AI) are simply the newest target of collective fear, skepticism, and resistance to change—but they’re also our greatest opportunity for transformational growth.

While no one can say for certain what’s coming next for knowledge workers (the future is funny that way), here are my five predictions for what to expect as AI continues to disrupt the modern enterprise.

Every new technology, from the automobile to the ATM machine, was supposed to put everyone out of work. It still hasn’t happened. Usually, the opposite is the case. In the ATM example, the automated machines made running a branch cheaper, so more bank branches got built, resulting in a net increase of bank tellers.

Farming is another example. According to AI researcher Eliezer Yudkowsky, “We went from 95% of the population being farmers to 2% of the population being farmers (in agriculturally self-sufficient developed countries). We don’t live in a world where 93% of the people are unemployed because 93% of the jobs went away.” As agricultural communities industrialized, farmers transferred their labor to other lines of work. Maybe some of them even became knocker-uppers.

The knocker-upper was an essential profession in England and Ireland during the Industrial Revolution. Dock workers and factory workers would pay someone to knock on their bedroom windows, often using a long stick with a knob on the end, to wake them up for their shifts. Somehow, this line of work lasted into the 1970s, although in a greatly diminished capacity. Most of us wouldn’t think of alarm clocks as the kind of technology that would eliminate somebody’s job, but yes, even the humble alarm clock acted as a disruptor. Although I like to think that at least a few knocker-uppers ended up taking jobs in factories that made…alarm clocks.

It may seem like our lives can’t get more digital than they already are. But, as McKinsey reported in 2017, “The forces of digital have yet to become fully mainstream. On average, industries are less than 40 percent digitized, despite the relatively deep penetration of these technologies in media, retail, and high tech.”

McKinsey measured industries along a continuum, with “no change,” “minor secondary change,” and “some core change” on the left, moving toward “digital reaching mainstream,” “predominantly digital,” and “fully digitized” on the right. The industries that were the least digitized included consumer packaged goods, automotive and assembly, and financial services. The most digitized industries were high tech, retail, and media and entertainment. In all sectors, there’s room for growth.

One area that’s seen explosive growth in digitization is family history and genealogy. As personal, cultural, and government records of all types continue to be scanned, indexed, and made available in the cloud, they become infinitely more accessible and valuable for research.

As I touched on in my first point, when outdated industries and jobs are threatened by new technology, we can choose to dig in our heels or do the hard work of adapting to what’s coming.  I love the scene in the movie Hidden Figures, when the mathematicians who have been doing all of those calculations by hand first encounter an IBM computer. The women could have resisted—doing the equivalent of cutting down the telephone poles—but they adapted and became computer programmers for NASA instead.

In the small (at the time) Utah town where I grew up, everyone either worked at the school or the local steel mill. When the mill shut down around 2002, it hit the community hard. But one group of workers looked for ways of applying what they already knew how to do to a new problem, and they ended up digging trenches for the fiber optic cable that was going throughout the area—a lucrative undertaking for years to come.

4. We’ll Usher in the Era of the Digital Nomad

Technology is enabling a much more egalitarian and nomadic society. Hierarchies are flattening, equality is prized more than ever, and I envision a day when the office building I’m sitting in right now will cease to exist—even as the work itself continues.

Workfront acquired a company a few years ago, and with that acquisition came one employee who called himself a “digital nomad.” He didn’t own a car, or an apartment, or a house. He lived one month in Boston, the next month in Atlanta, and the next month wherever else he wanted. He used Uber and Lyft for transportation and stayed at various Airbnb properties. And he could log into work and keep up on his projects no matter where he went, as long as he had a Wi-Fi connection. I think we’ll see much more of this working style in our digital future.

Remote working, task switching, and juggling multiple things at once are second nature to the rising generation. Take my daughter for an example. When she was in junior high, I noticed her lounging on the couch with her phone, and those thumbs were flying. I thought she was texting her friends, so I gave her a little fatherly nudge about getting going on her homework. She turned her screen around. She had been writing a 10-page paper in the notes app on her phone (although I’m sure she replied to a few texts along the way).

5. Work Will Get a Lot Smarter

Many of us are living the “smart life.” We can control our lights, heating/cooling, and security systems with our phones. We have smart TVs, refrigerators, and watches. Even our cars are equipped to help us back up safely and alert us when we’re drifting out of our lanes.

And then we get to work, where everything is…well, dumb. We’re drowning in email and instant messages that are disconnected from our daily work. If we have to reschedule a meeting, it takes a 15-thread email chain to get everyone’s schedules in sync. We sit in lengthy status meetings, when our part of the meeting only takes 3 minutes. We’re not exactly sure who’s drowning and who has bandwidth on our teams, so we assign blindly, and workloads are often uneven.

This disjointed, chaotic approach to work isn’t going to fly with digital natives—those who grew up on technology vs. adopting it as an adult—who are comprising an ever-larger share of our workforce. They expect everything at work to function as easily and seamlessly as Apple and Amazon and Google. And I believe that, over time, it will.

I envision a day when your integrated work management system will notify you that your local train is running late, and you’re likely to miss that 8:00am meeting. So the system automatically adds a meeting link, enabling you to join from home instead—and all of the documents related to the project are already in the system and available right at your fingertips. You finish that meeting and hop on the later train, getting a notification along the way that a co-worker has a document ready for your review. You complete the request on the train, and then you notice a second notification. The system is telling you that everyone in your 10:00am meeting is also available later that afternoon, so it asks if you’d like to reschedule, because you have three other pressing tasks that morning. With a single swipe, you click yes, and the system reschedules the meeting for you and sends out automated notifications. Integrated and “smart” digital work experiences like this aren’t as far away as we may think.

Fear is Natural, but Not Necessary

Years ago, we were working with an employee of multinational corporation that had several dispersed locations all in the same county. One woman’s primary job was to orchestrate and get approvals for a coupon sheet. She’d print out the coupons and drive them from one location to the next, gathering the required approvals. After meeting with Workfront, she was initially excited about saving all that drive time and doing all of the work digitally. But then she stopped returning our calls for a short spell. When we finally reached her again, she admitted that fear had taken over. She was worried that automating that process would put her out of a job. But she pushed through those fears and embraced the unprecedented productivity that modern work management technology can bring. As is usually the case, other departments and teams began to take notice and adopted the solution themselves. And where is this employee today? Out of a job? No. She now runs the global project management division for one of the most recognized brands in the world.

Resistance to sweeping change is normal. But if we’ve learned anything from the steam-powered drill, the evolution of the telephone, the rise of cloud computing, and the story of the coupon courier, it’s that there’s truly nothing to fear.