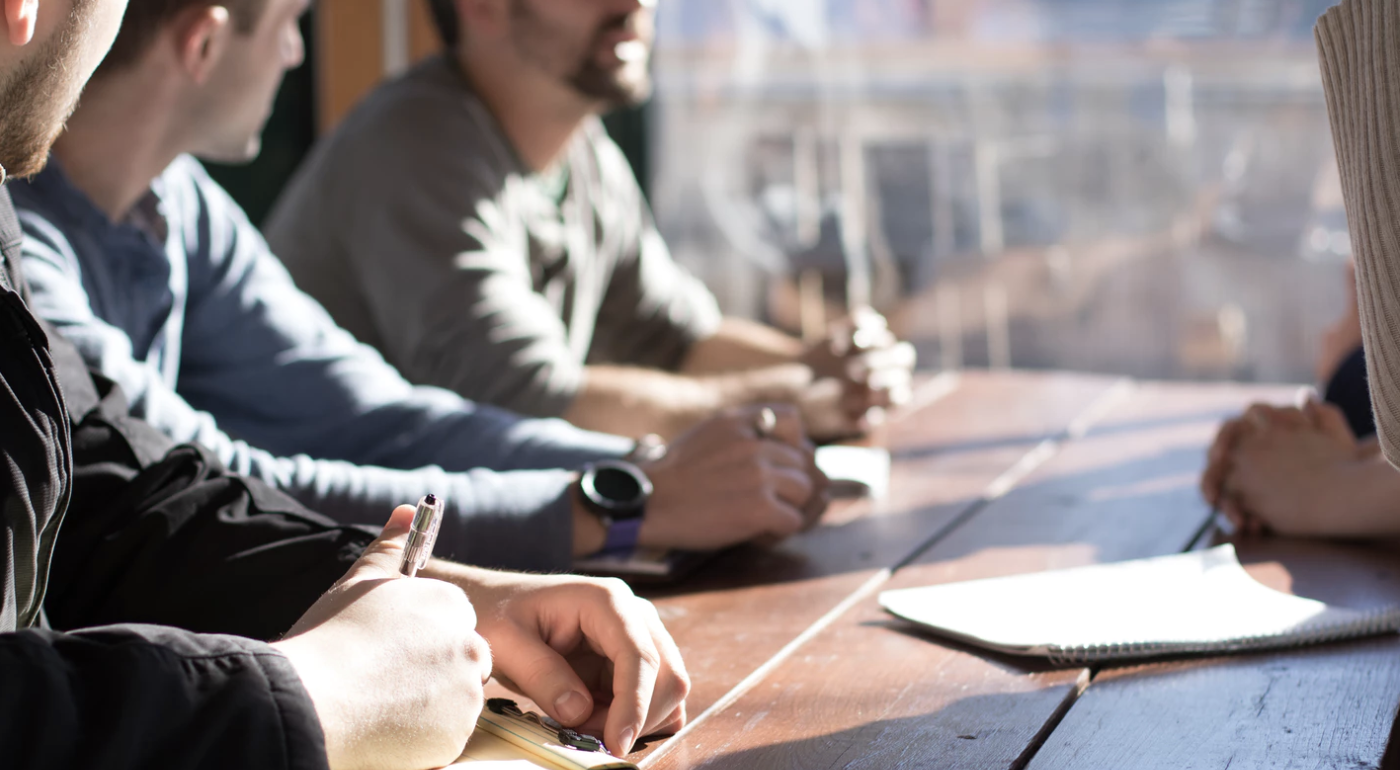 You may have heard the oft-repeated statistic that 70% of change initiatives fail. While it is disputed by some, I think we can all attest that it’s a risky proposition to manage any widespread change in an organization, especially when it comes to technology implementations.

But how a change is managed can make all the difference in the world, according to data published by Prosci, Inc. There’s a direct correlation between the level of investment into thoughtful change-management practices and the probability that you’ll meet your ultimate objectives.

If you can figure out the secret formula, then you can positively impact the performance and operations of the business, you can gain a faster speed of adoption, you can obtain higher utilization rates, your people will become proficient much more quickly, and you will have a greater speed to market of your change. And what’s the biggest part of that secret formula? Your people.

“Sustained change is always driven by people,” says Lee Colan in an article for Inc.com. “Even implementing new software successfully is more about the people who will use is, install it, train it, and support it than it is about the system itself.”

Unfortunately (and fortunately at the same time), your organization is not made up of a bunch of identical sheep that will follow you through organizational change without question or resistance. You’re dealing with a diverse set of individuals with a variety of different personalities. Even if you have a strong culture with common values and high levels of cohesion, there are still key individuals and groups of individuals who, because of their influence over their peers, can make or break your change efforts. And I’m here not only to help you identify those people, but also to outline a tried-and-true process for how to effectively recruit them to help champion your change.

Start by identifying the key personas or role groups across your organization. Some common ones include:

Within these categorized groups, start identifying the influencers who have either the position or the personality to sway your change efforts—in either direction. Influencers are often those who hold high-ranking or highly visible positions in the company, but they can also include top performers at any level of the organization, long-term employees who are highly connected throughout the company, anyone who’s widely admired or respected, those with strong personalities who don’t mind voicing their opinions, and even those who are known to be resistant to change. Once you’ve identified these individuals or groups of individuals, you’ll want to further analyze which of them are the most likely to influence, positively or negatively, your change efforts.

I’ve outlined three common personalities that I frequently encounter below. Keep in mind that these are just high-level examples. Your organization will have its own unique mix of personalities, which may include some of the traits below, plus a much wider variety besides.

The Stick in the Mud

People with this personality type are comfortable with the status quo. They may realize the current situation isn’t great, but they believe that “it’s always worked this way” or “if it ain’t broke, don’t fix it.” They refer often to the old ways and, if given the chance, might revert back. They tend to have a fixed mindset and they fear diverting from the norm. They’re rarely seen driving toward growth or improvement.

People with this personality type like to get things done. They are motivated by their reputation as a go-to person, and they’ll get things done through any means necessary. They work hard but don’t always work “smart.” They are admired by peers and thrive on the hero worship, but they secretly fear losing their status. Even if they seem positive or supportive outwardly, they may be secretly undermining the change or trying to influence others to see it negatively.

People with this personality type are often the first to adopt new methods and technologies. They are motivated by being admired for having the “new” solution, so they’re not afraid to challenge the norm. They often approach solutioning through a series of light-weight point solutions, none of which are perceived as “permanent,” because they fear being locked into one way of doing things.

[Harvard Business Review Report, Sponsored by Workfront: “The Future of Work: A Nexus of Strategy and Execution”]

In 2010, Chip and Dan Heath released a book called Switch: How to Change Things When Change Is Hard. The primary assumption in the book is that the mind, and subsequently the behavior of every individual, is driven by two separate forces—the rational and the emotional. We may think we’re using one or the other as we make decisions and navigate daily life. But the truth is that we use both in tandem. Our emotional minds are like an elephant, and our rational minds are like a rider trying to direct and steer that elephant. (When the two are at odds with each other, you can imagine which half wins more often than not.)

Thus, in order to enact any kind of organizational or behavioral change, you need to appeal to both the rider and the elephant. For the purposes of this article, I’m going to simplify the Switch Framework as it relates to managing organizational change. For a deeper dive, be sure to check out the Heaths’ book. The framework includes three high-level directives, which are each comprised of three useful tactics:

Provide crystal-clear directions so the rider doesn’t spin its wheels, which you can accomplish with the following tactics:

Get the elephant on board with the rider’s plans, so that the rider doesn’t have to tug on the reins all day.

Create an environment that puts both the elephant and rider on the right path.

Now that we’ve identified a few common personality types and brushed up on the elephant and rider concept, it’s time to put them together. Here’s how you might apply the Switch Framework to each different personality within your organization.

The Stick in the Mud

For the more resistant individuals in your organization, who might spread their negativity to others if left unchecked, the following six tactics (out of the nine outlined in the book) are particularly helpful.

First, the tactics you might use to “Direct the Rider,” or appeal to the rational mind, include scripting the critical moves (demonstrate a clear path to career improvement, consisting of small, incremental steps) and pointing to the destination (ensure the value is apparent to justify the investment to change).

Next, your efforts to “Motivate the Elephant,” or appeal to the emotional mind, will center around shrinking the change (make each new change as easy or easier than the legacy way without overwhelming them with huge, sweeping transformations).

Most important for this type of person, however, is to “Shape the Path.” You can do that by tweaking the environment (remove the old way of doing things), building habits (establish a regular cadence for repeating activities using the new process using simple action lists), and rallying the herd (expose them to mentors so they can be swayed by the adoption of others).

For those who thrive on getting things done and earning the admiration of others, which means they have the potential to be a powerful force for good, these five tactics will give you the most bang for your buck.

First, take aim at the rational mind (aka “Direct the Rider”) by following the bright spots. In other words, give the hero greater powers. Enable them with a toolset that enables glory with less effort.

Second, as you appeal to the emotional mind (aka “Motivate the Elephant”), your best bets are to find the feeling (show this will open more time for more strategic work) and grow your people (celebrate their successes using the new methods).

Finally, you’ll need to “Shape the Path” in two ways: by tweaking the environment (eliminate the opportunity to utilize legacy methods and brute force efforts) and rallying the herd (show the successes of the hero using the changed environment, which will motivate both the hero and the herd around them).

For your early adopters who look forward to challenging the norm, you don’t really need to “Direct the Rider.” They were mentally on board before you even started talking. But there are still four tactics you can use to maximize their effectiveness in rallying others to the cause.

Even with this person’s rational mind engaged, you’ll get farther if you can also appeal to his or her emotional side (“Motivate the Elephant”) using all three tactics from this part of the framework. Start by finding the feeling (appeal to their appetite for innovation by involving them in the design and optimization of the solution), then shrink the change (provide small incremental changes to appeal to their sense of constant improvement), and don’t forget to grow your people (make the Innovator a mentor, appealing to their emotions of being a trendsetter).

Then all that’s left is to “Shape The Path,” using one tactic in particular: tweak the environment by standardizing your lesson-learned sessions to enable constant improvement.

While I’m not convinced that a full 70% of all change efforts do, in fact, fail, I believe that the failure rate is much higher than anyone would wish for. Luckily, as the statistics prove, your odds of success are directly proportionate to the amount of deliberate effort you put into managing the change. The tried-and-true approach above, which relies on identifying individual personality types and applying a proven change-management framework to them in a customized fashion, will give you the best possible chance of getting the influencers within your organization on board with your change. After all, every change you try to implement is ultimately about your people. Just put them first, and the rest will fall into place.

[Read the Harvard Business Review Report, Sponsored by Workfront: “The Future of Work: A Nexus of Strategy and Execution”]