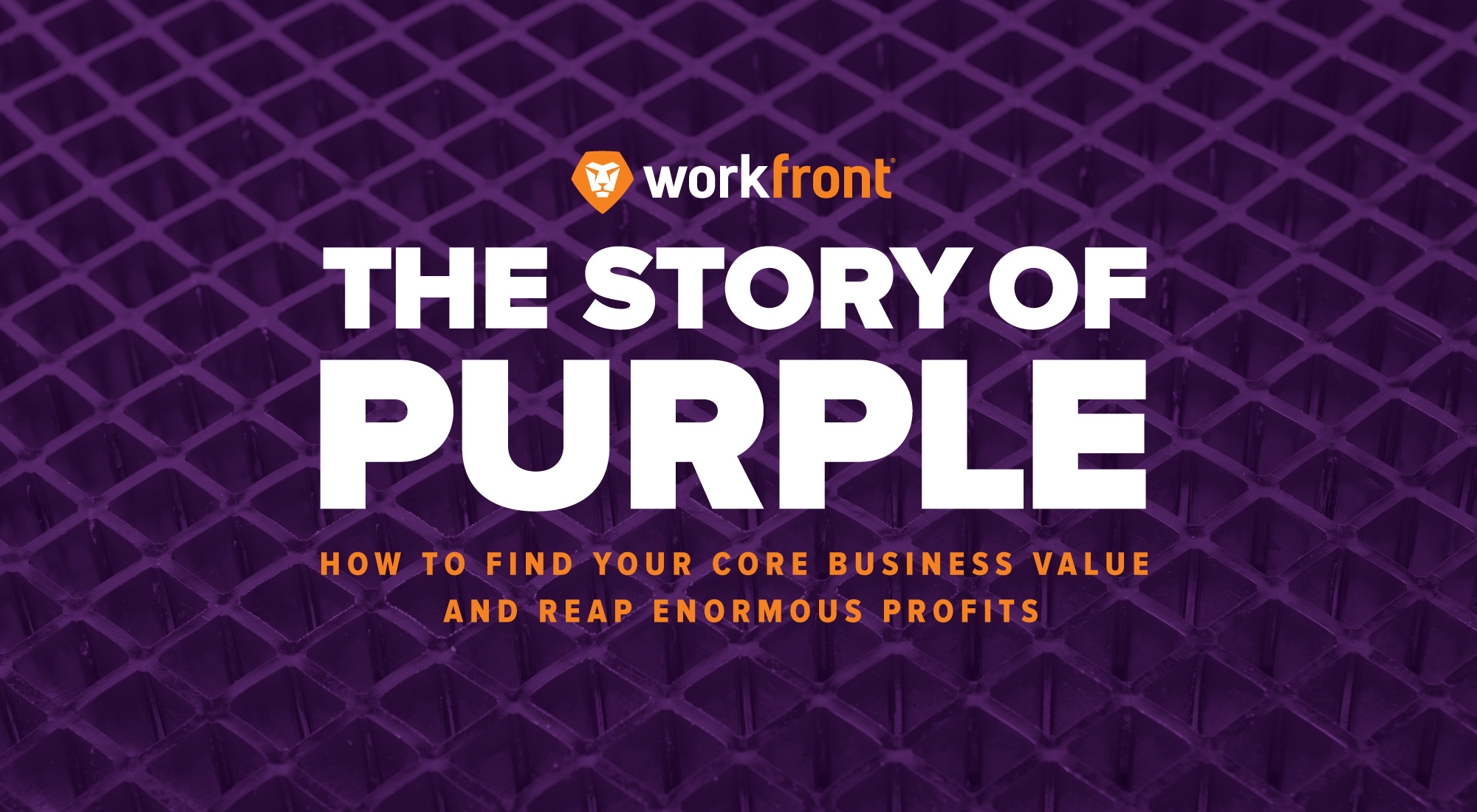 The Story of Purple: How to Find Your Core Business Value and Reap Enormous Profits

Here at Workfront, we love to celebrate stories that embody the drive to get things done and do them right.

One amazing example on this front is Purple, a mattress company founded by Tony and Terry Pearce — two brothers with more than 100 patents to their name.

This is their story, followed by 4 questions that can help you find your core business value, like Purple did.

Although no one knew it at the time, the idea for what would become Purple started on a fly fishing trip in 1989. It was then that Tony and Terry Pearce, brothers with a knack for invention, decided to pivot their careers and focus primarily on creating products that could improve the lives of the people who used them.

At first they created sporting goods and wheelchairs, but the more they spoke with their users they more they realized there was a pressing need for comfortable wheelchair cushions. So they tinkered with prototypes and invented hyper-elastic polymer (which they say is just “science talk for ‘stretchy’”).

For nearly a decade afterward they licensed that polymer to a range companies that made backpack straps, shoe insoles, pillows, soft-catch toy balls, and more.

Then, around 2015, the Pearce brothers took their hyper-elastic polymer technology and put it to use in the mail-order mattress market — a market that was quickly growing due to overinflated margins and a consumer desire to avoid pushy in-store mattress salesmen.

Once they were certain they’d created the perfect product, the Pearce brothers launched it on Kickstarter and wildly exceeded their original goal of raising $25,000. They also partnered with an agency named the Harmon Brothers to create a viral marketing video that now has more than 300M views on YouTube and Facebook. You’ve likely seen it (and maybe even shared it).

Since then Purple has grown quickly — from a handful of employees to more than 900 in just three years. What’s more, they’re already valued at more than $500 million.

The story of Purple highlights how to reach tremendous growth by striking the balance between getting things done and doing things right. The Pearce brothers could have continued to deliver exactly what they’d always delivered (inventions that were successful in their own right), but they didn’t settle. They continued to search for new ways to use their inventions effectively and then partnered with people who could help them in areas they weren’t as polished in, such as viral marketing.

4 questions to help you find your core business value, like Purple did.

So how do you learn from Purple and take your work to the next level?

Here are some questions worth asking to get started.

1. Do you need to step away from busyness?

Stepping away from the office for a fly fishing trip helped the Pearce brothers start what would become the first of many pivots on their journey to dramatic financial success.

As Terry Pearce has said, “I think our best ideas come when we’re not focusing too hard on them. Ideas need to come naturally.” 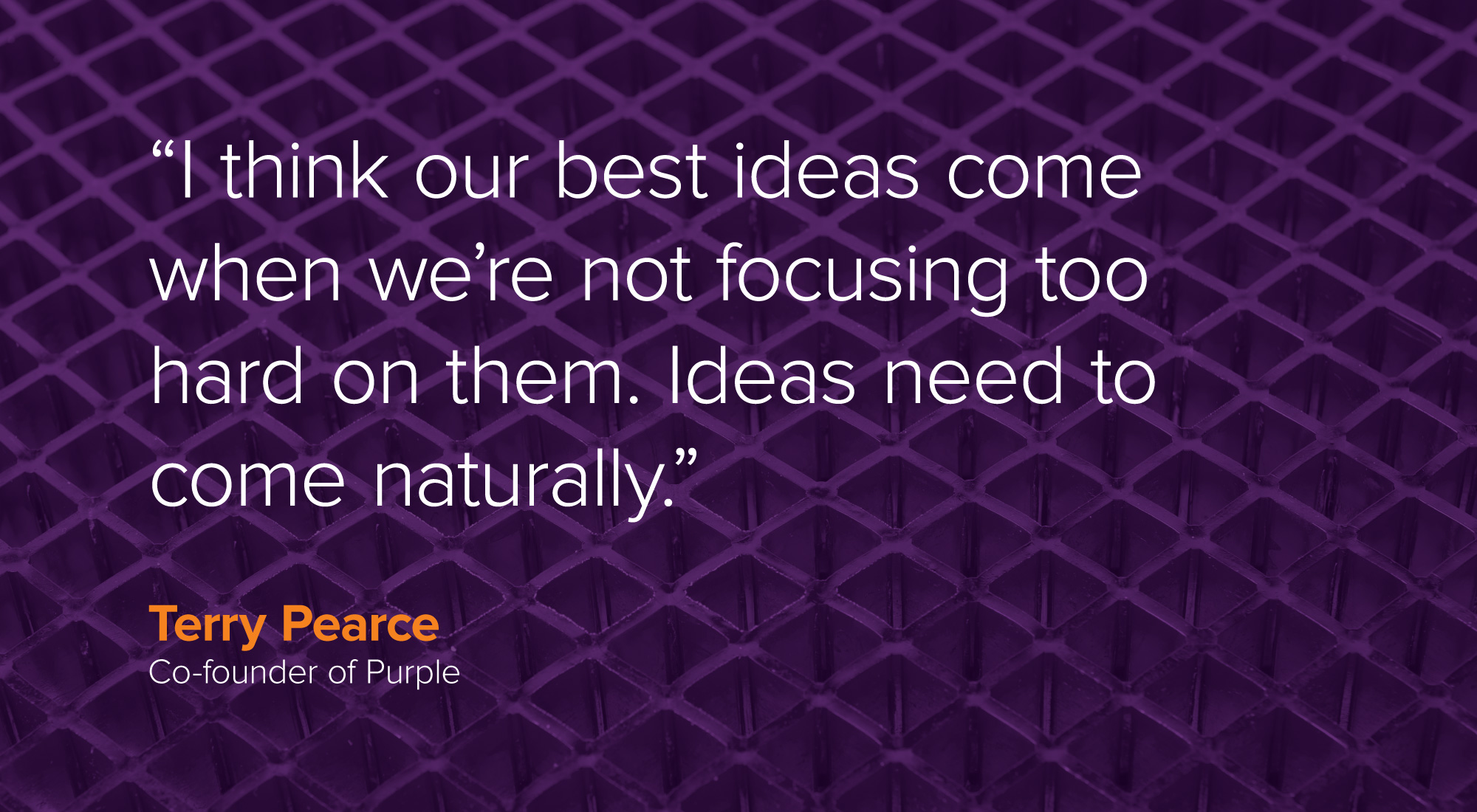 If you’re too focused on doing, doing, doing, you could be preventing your best ideas from ever taking root. So consider strategically stepping away from your task list and seeing what arises naturally. It’s risky, but sometimes business success requires less busyness.

2. What are you really trying to accomplish?

When you’re in the weeds of your daily tasks, it’s easy to lose sight of what you’re aiming for. Whether you’re fixing a software bug, hiring 15 new employees, or running a financial report, it’s useful to question whether your task list is the right task list.

What if there’s a far easier way to do what you’re doing? What if the direction you’re headed in is stopping you from taking the best path forward? By asking yourself what you’re really trying to accomplish, you can see more clearly whether your current efforts are optimal.

3. What’s the biggest gap in your skills? Can you partner with an expert to close that gap?

Look at your task list and compare it with your statement about what you’re really trying to accomplish. Is there anything on the list you aren’t an expert in? If so, what would it take to partner with someone who exceeds all expectations on that front?

Purple would not be where it is today without partnering to build viral marketing videos. It took a measure of humility for the Pearce brothers to recognize an area of weakness and find experts who could best fulfill that role. (It also required a level of risk-taking to release a marketing video that’s unabashedly full of personality, free of corporatese.)

Is there a way you could find the right niche, reinvent yourself, and achieve more than 10x returns in the process? If so, why not do that now? What’s holding you back?

Perhaps the biggest lesson from the Pearce brothers is that at their core they seem to never be defined by what they’d done before. Instead, they’re consistently open to trying new angles — from Kickstarter to inventing innovative use cases for their hyper-elastic polymer.

It’s that never-ending spirit of innovation that has led the Pearce brothers to the success of Purple.