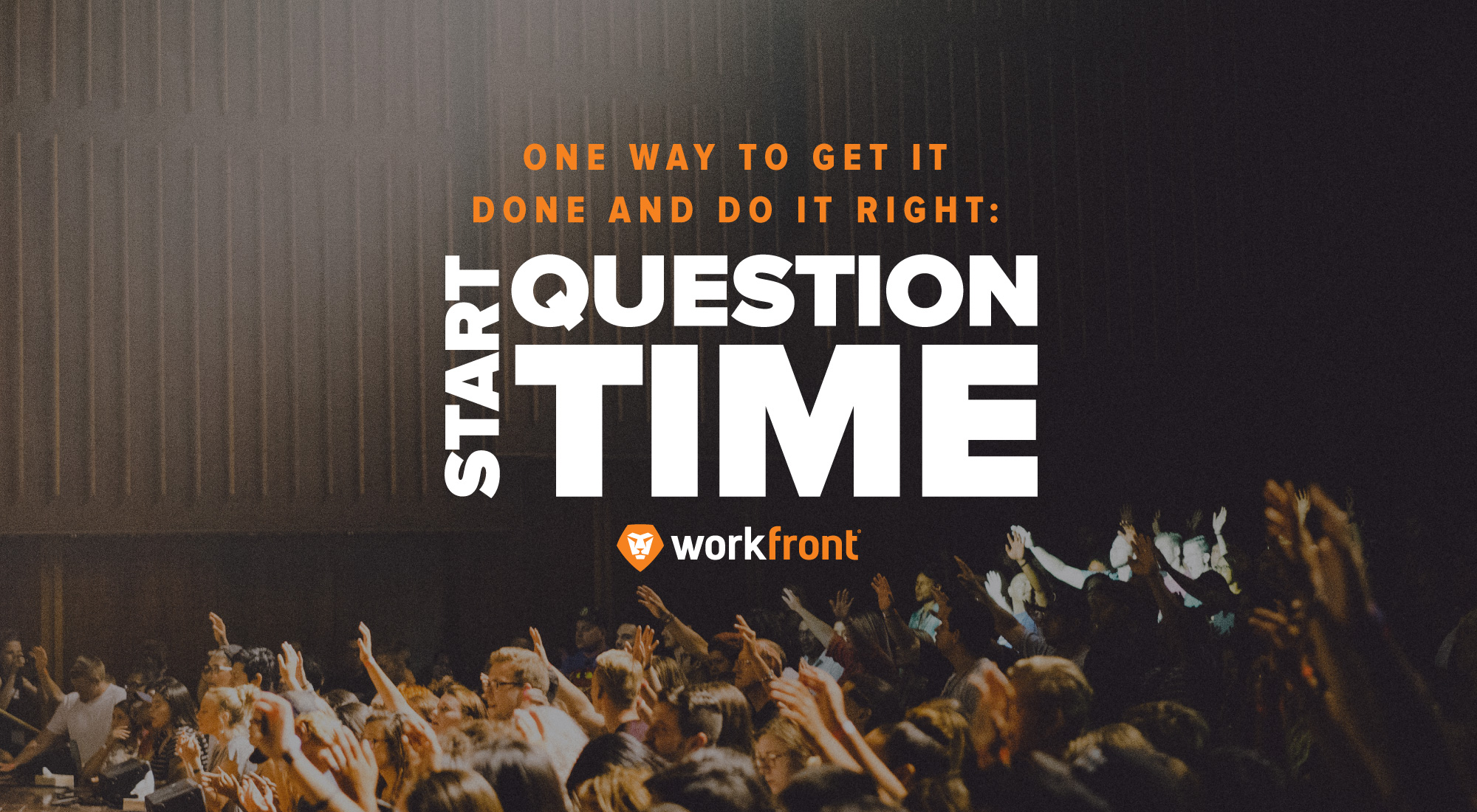 One Way to Get It Done and Do It Right: Pixar's Brain Trust

“When you say something, make sure you have said it,” wrote the author E.B. White. “The chances of your having said it are only fair.”

It’s a strange statement. How can you say something without saying it? And yet it happens all the time. You assume you’ve communicated something clearly only to find out later you were misinterpreted.

A similar thing happens in a typical work setting. We might say, “When you finish a task, make sure you’ve done it right. The chances of your having done so are only fair.”

I’ve seen how this works in my own career. Years ago I was on a team that created a series of marketing emails. We worked meticulously on the landing page content, the imagery, and the written copy. Then we sent the first email off to our entire list.

Unfortunately, the email open rate wasn’t what we’d hoped for and neither was the engagement. What went wrong? After analyzing the process, I realized that I’d treated the email subject line as an afterthought — something I dashed off in seconds at the last moment. Because of this, few people opened the email, and almost no one saw the landing page we’d worked so hard to create. In other words, we finished the task (i.e., sending a bunch of emails), but we hadn’t done it right.

As a result, before we sent any more emails we devoted far more effort to crafting effective subject lines. We made sure we were doing it right and reached far more people in the process.

Get It Done. Do It Right.

Laid out in a quadrant, it looks like this: 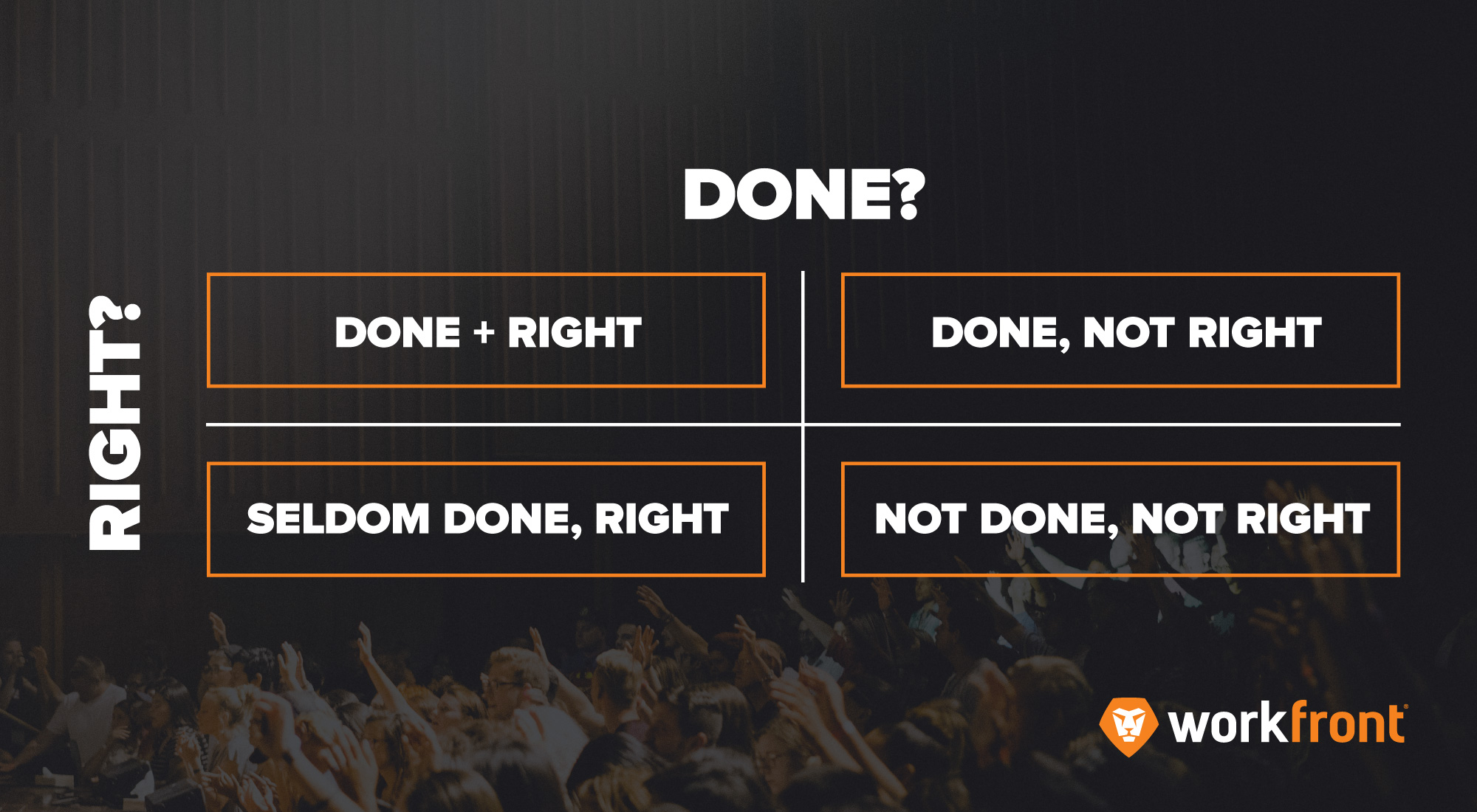 Ideally, all your teammates will get it done and do it right.

The answer is to focus on both quantity and quality. Get it done and do it right.

One Way to Strike the Balance

So how do you effectively strike this balance?

One way to make sure you’re doing optimal work is to hold a formal meeting (perhaps quarterly) where you encourage participants to question the tasks your team is doing — similar to the Socratic method, playing devil’s advocate, or the United Kingdom’s political practice of question time, where politicians are subjected to hard-hitting questions from their opponents.

Invite your team members to come prepared to both defend and question the tasks your team is focused on (“get it done”) and the metrics you’re being measured by (“do it right”). Then ask your team leads, one by one, to present their quarterly goals for questioning.

The goal here is not to create needless conflict or damage egos. The goal is to discover if there’s a way to work 10x more effectively — to find a strategy you may have unwittingly overlooked.

At first these questions might seem needlessly adversarial and may even lead to uncomfortable moments. But that’s okay. They’ll keep you on the right track.

As proof, look at Pixar’s “brain trust” — a group of leaders within the company who are tasked at certain times with playing an adversarial role in the filmmaking process. Key members of each movie project, including the director and writer, have to gather with the brain trust for repeated interrogations that are often brutal.

"All of our movies suck at first," says Ed Catmull, president at Pixar. But after repeatedly going through the adversarial (and painful!) process of the brain trust, Pixar’s movies get better — and change drastically. For instance, according to the writer of the movie Up, the initial idea for the movie featured “two princes who lived in a floating city on an alien planet.” That’s a far cry from the movie they eventually released.

Again, the point of these meetings isn’t to create conflict for the sake of conflict. The point, rather, is to get people to say what they think. “As a manager,” Catmull says. “You want to focus on the dynamics of your team, not the ideas they are producing.” He continues by saying, “Rather than getting caught up in a problem, I always wanted to look to see if everyone is saying what they think. When these dynamics are working, you will solve your problem every time and do remarkable things.”

Another angle here is to invite a product marketer, competitive researcher, or analyst into your “question time” meeting to up the ante. How will your competitors react to your goals? Will they anticipate your moves? Will they view your efforts as old news? You might even have a team member with expertise in competitive research role play as one of your competitors, helping you imagine how they will react to your strategy.

Above all, by implementing a formal “question time,” you will increase your team’s ability to get it done and do it right. At that point you’ll look back and realize you accomplished exactly what you were supposed to accomplish. And that’s likely what you were hoping for all along.