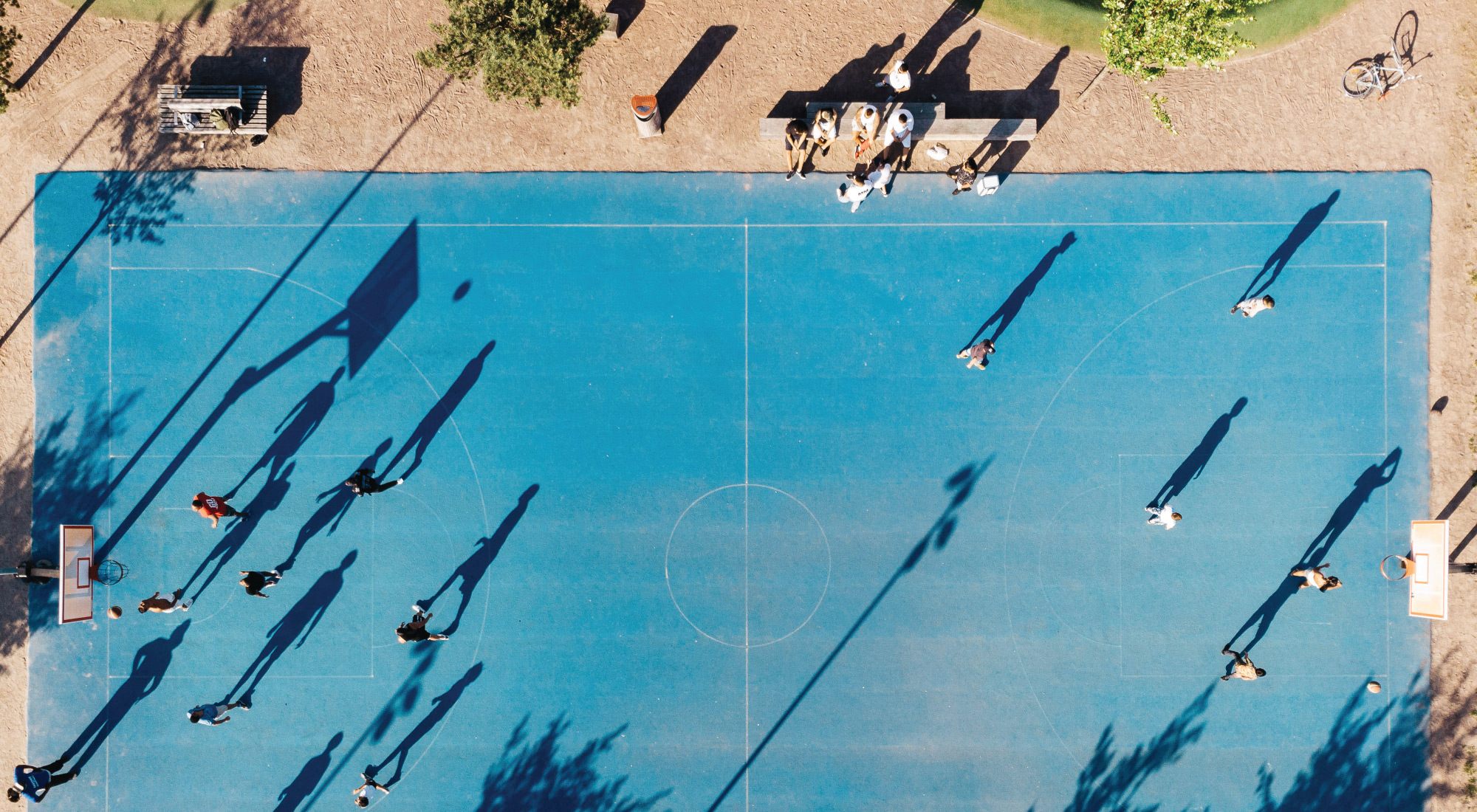 You’ve probably seen the hashtag all over Instagram: #relationshipgoals #squadgoals #fitgoals, or simply #goals. It’s a shortcut way to say, “I want a relationship like that, a group of friends like that, a body like that, a work environment like that.” But these are not really goals at all. They’re compliments, or maybe wishes, typed into a comment and then quickly forgotten.

Real goals — the kind that motivate us to work and change and achieve — are much harder to come by, especially when they require a group of individuals to work together in pursuit of a shared purpose. The truth is, no one has a solid and long-lasting relationship, a strong social circle, an athletic physique, or a high-achieving work team without a lot of concerted effort. We all envy the results, even if we don’t want to go to the trouble ourselves. And to be honest, many online influencers aren’t particularly candid about what it takes to achieve their enviable results. But luckily, some are.

I recently attended a panel lecture put on by Workfront, where a handful of successful leaders shared their insider secrets for setting and achieving group goals — which is no easy feat. If that evening had a comments section, my response would have been: “#goalgoals. I want to set goals like that.” Here are my five favorite takeaways, which will help any team leader turn their wishes into reality.

“I think there is an art in bringing your team together and getting them to create the goals,” said Workfront CEO Alex Shootman. “And, by creating goals, folks own them and take way more pride in accomplishing those goals.”

Alex pointed to a common myth that many leaders embrace. We often think that because we’re in charge, it’s on us to set the goals and direction for our team. But Alex disagrees, both in principle and in practice. “If I'm a leader,” he said, “I have to create the environment where the goals are inspirationally created within the organization and then owned by the individuals with a lot of pride."

What does that look like in the real world? It looks like pulling the team together with a pile of sticky notes and a whiteboard (or a digital Kanban board) and leading them through an exercise to uncover their ideas. It looks like grouping those ideas into categories or themes, and then transforming them into key initiatives and extraordinary goals (defined by a measurable outcome) — a process that’s outlined in detail in Alex’s book Done Right: How Tomorrow’s Top Leaders Get Work Done.

“If you believe, as I do, that the answer to any question lies within your team,” Alex writes, “you can save time and energy by just asking them. The wisdom is in the room. All you need to do is tap into it.”

2. Turn Over the Microphone

Obviously, if you create the environment but still proceed to do all the talking, you won’t be able to tap into the team’s collective and individual wisdom. Millennial author and entrepreneur Chelsea Krost, who facilitated the panel, believes strongly in crowdsourcing from employees, consumers, and clients.

“It's amazing when we just turn over the microphone, to let others help create the goals, let others share their opinions and thoughts,” Krost said. “Not only does it welcome people to the conversation, it could also give ideas that we haven't thought of yet.”

But this process feels more laborious, right? Wouldn’t it be faster to just decide and tell people, “here’s what we’re doing”? Of course. Dictating team goals from the top down takes much less time and effort, but this approach isn’t nearly as motivating to your team in the long run. The less involved they feel in setting the direction, the less ownership they’ll take in helping you reach the destination. So ask yourself which is more important to you: efficiently choosing team goals or effectively achieving them? Because you can’t always have both.

The best way to make team goals sticky is to connect all of the team’s daily actions and goals to the big-picture vision of the company. And if there’s no way to connect those daily actions to a larger purpose, why do them at all?

Alex shared a story about the UCLA basketball coach John Wooden, who led his team to ten NCAA national championships in a 12-year period. “Anytime the basketball team came into school on the first day,” Alex said, “he made them learn how to tie their shoes.” Alex explained that even though some players initially questioned this exercise, they came to understand that tying their shoes correctly helped them avoid the blisters and sprained ankles that could take them out of the game completely. “So,” Alex said, “that's what I always try to keep in mind: Can you connect a sock to the mission?”

Ask yourself: Can you connect the small but necessary tasks to the ultimate goal you’re trying to achieve? If not, your team might neglect the small stuff — which often isn’t small stuff!

The flip side of invoking the big picture can come about when a team is so invested in the organization’s higher purpose that they give their emotions free reign.

Sean Pederson, BCycle product development director at Trek, shared the story of the development of the Bontrager Flare R bicycle taillight, which has become one of Trek’s signature products — a best-selling feature that’s visible at 2 kilometers in daylight, when 80 percent of bike accidents happen.

“My team knew that this was not only going to be revolutionary, but this would flat out save lives,” Pederson said in the panel discussion. Because everyone on the team knew the project was important, they were passionate about it and their feelings ran hot during meetings, often resulting in conflict. Pederson’s job was to channel his team’s passion and emotion without squashing it.

Over time, Pederson realized his job required a whole lot of listening. “I realized that just listening to people’s concerns and giving them, if nothing else, a sounding board in me, helped to put them at ease,” he said. By deeply listening to the full breadth of views, Pederson saw that his talented team held the answers they needed to move forward with their passion intact.

As passionate as your team might be about a collective goal that they helped create and put into motion, not every step along the path is going to feel important and glamorous to them. Some pieces of the journey, in fact, are going to suck. They might be tedious, boring, challenging, or fraught with opposition and divisiveness.

Back to the basketball example, asking your team to slowly and methodically put on athletic socks and expertly tie their shoes will feel like a drag when all they want to do is get on the court and play their way to a national championship. And having an in-depth conversation about socks, when they’ve already been putting on socks just fine for several decades without your help, will probably seem like a waste of time — a distraction from what’s really important. The last thing you want to do is try to convince them that socks and shoelaces are fun and glamorous, because you both know that’s not true.

“If you gotta do something that sucks,” Alex said, “you might as well just sit down with the team and say, ‘You know what? It's gonna suck. But we gotta do it anyway.’”

It’s important to say the words out loud — to acknowledge it verbally — because someone in the room will be thinking it. And while you probably won’t be coaching your team about how properly put on footwear, you’ll be asking them to accomplish other tedious-but-necessary tasks. So be honest. Be transparent. Admit that it sucks. Then help them see how these seemingly insignificant actions connect to a higher purpose that you all share.

When it comes to team goal-setting, you can go the easy route and just tell your team what their goals are. Or you can follow Alex, Chelsea, and Sean’s example by being inclusive, transparent, and honest with your team. It will certainly take more effort in the beginning, but it’s much more likely to yield the results you ultimately want — a team that sets extraordinary goals together and is fully invested in achieving them. (If that doesn’t warrant a #goalgoals hashtag, I don’t know what does.)