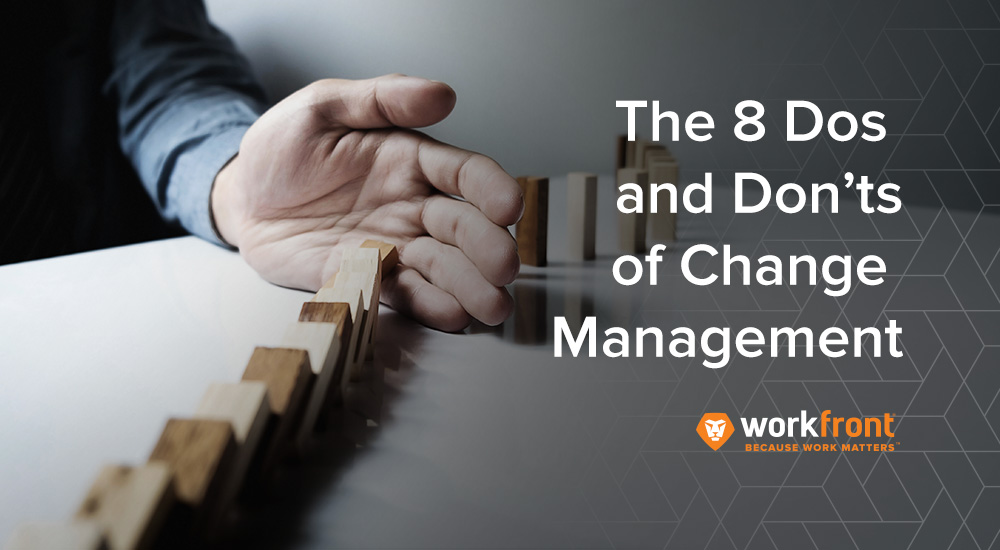 The 8 Dos and Don'ts of Change Management

Jada Balster is a marketing director with 12-plus years of B2B marketing experience. Jada is a respected marketing thought leader who is a regular contributor to marketing publications and a speaker at industry events. As marketing director at Workfront, she is responsible for leading the EMEA marketing and account development teams with a focus on demand generation, customer marketing, and developing the Workfront brand.

Following is an excerpt from our ebook called "Make Your Work Matter: 7 Thought Leaders on Why Work Isn't Working For You and How You Can Change It." You can download the free ebook here.

Change is an inevitable part of life and business, and yet we still manage to fail miserably at it 75 percent of the time.

Another survey shows that while barely over half of change efforts succeed in the first place, things only manage to stay changed a quarter of the time, which, one could argue, is the most important part of change management.

Clearly, it’s easier to fail at change than it is to succeed. So what’s different about the minority of cases where change efforts work—and manage to stick long term? Dan Millman, author of Way of the Peaceful Warrior, offers one suggestion:

“The secret of change is to focus all of your energy, not on fighting the old, but on building the new.”

It’s a brilliant thought, but how exactly does one go about it? From my own experience as well as wisdom collected from colleagues and thought leaders, I’d like to share four dos and four don’ts that can make or break your ability to effect lasting change in your organization.

1. Do: Build a Case for Change

Nobody wants change for change’s sake. And given the low success rates, you’re better off not attempting it at all unless there’s a strong business case in favor of the change.

As you begin to cascade a message throughout your organization around an upcoming transition, it’s important to make your reasoning extremely clear—and to have the data to back it up.

Why are you making the change? What will it accomplish? What’s likely to happen if you don’t change?

You want to be taken seriously from the start, rather than being in the position of correcting false assumptions that this is just some frivolous or unnecessary decision.

2. Do: Create a Systematic Communication Plan

With all the steps involved in a significant organizational change, one piece that’s often overlooked is a comprehensive and structured communication schedule. You have to share the right things with the right people at the right time, or you’ll inadvertently rev up the rumor mill.

One employee hears one thing, passes the news on to someone else, with slight embellishments, and before long you’re in the middle of a company-wide game of “telephone”.

Designing a diligent and systematic schedule for disseminating news about your change efforts will not only avoid gossip, but it will also help employees feel like they’re a valued part of the process.

But don’t limit your strategy to employees only; make sure to include partners, customers, clients, and other critical business associates in your communication plans.

3. Do: Involve Employees in The Process

Also look for other opportunities to include employees, in ways that won’t create a “too many cooks in the kitchen” scenario.

When Workfront changed from its old name, AtTask, in 2015, the number of people involved in selecting the new name, logo, and brand was minuscule—the CEO, the CMO, and the creative director.

But the whole company was notified that change was coming, and everyone got to vote on the name of the new lion mascot. (His name is Kazi.) The launch party and reveal were carefully coordinated across our U.S. and U.K. offices and brought every employee together, top to bottom.

Taking a moment to recognize small accomplishments is a great way to build momentum for your transition. Maybe you just launched phase one of your plan, with 37 phases to go, but that doesn’t mean you should just tick the box and move on to the next thing.

Stop and celebrate, even if all you do is publicly acknowledge the contributions of each individual or team and order in pizza. You may have only completed 5 percent of the project, but that 5 percent was done brilliantly. 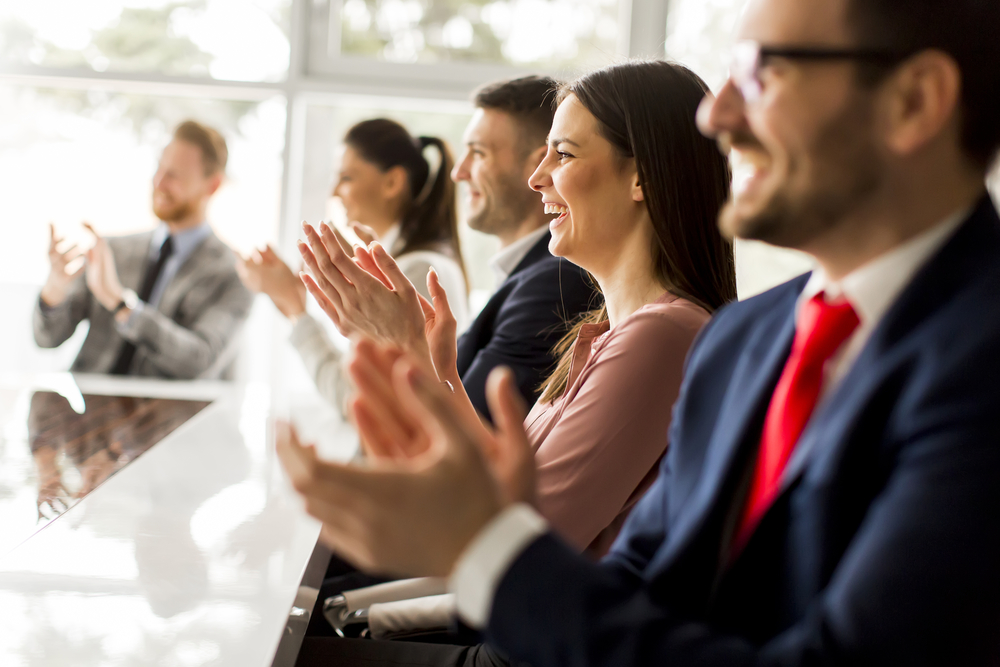 When there’s time pressure on a project, it’s never done as thoroughly. According to Harvard Business School Professor John Kotter:

“The most general lesson to be learned from the more successful cases [of change management] is that the change process goes through a series of phases that, in total, usually require a considerable length of time.

Skipping steps creates only the illusion of speed and never produces satisfactory results.”

If there’s not enough time to do a thorough job, you’re better off scaling back the scope of the change or postponing the initiative until you do have the time. Otherwise it will just be a wasted effort.

When it comes to an internal launch regarding your change, you have to time it right. You don’t want to unleash this big fanfare and stoke excitement in your team, only to follow it up with weeks of radio silence.

Schedule your internal announcements, and especially your official launch, at a time when the energy and enthusiasm around the project is likely to build.

If you make a big deal about a forthcoming transition, and then nothing happens for six months, you’ll just have to stage another launch to reignite the enthusiasm.

In a similar vein, make sure your launch party is commensurate with the size of the change. If you’re affecting a massive transformation, and yet your launch effort feels underwhelming, your team may feel blindsided by the breadth of the change.

On the other hand, if you make a huge deal out of something that turns out to only have a minor effect on people’s daily work, they’ll be left thinking, “Well, what was all that hype about then?”

Like change, resistance is inevitable. By following all of the dos (building a solid case to justify the change, communicating systematically, involving employees where you can) you can mitigate the amount of friction you’ll face, but you’ll never eliminate it entirely.

There will always be people who liked things better the way they were before, especially those who have been with the company a significant length of time. Expect it.

Allow people to express their reservations appropriately. Listen to them. Give them time to process the reasons for the change. 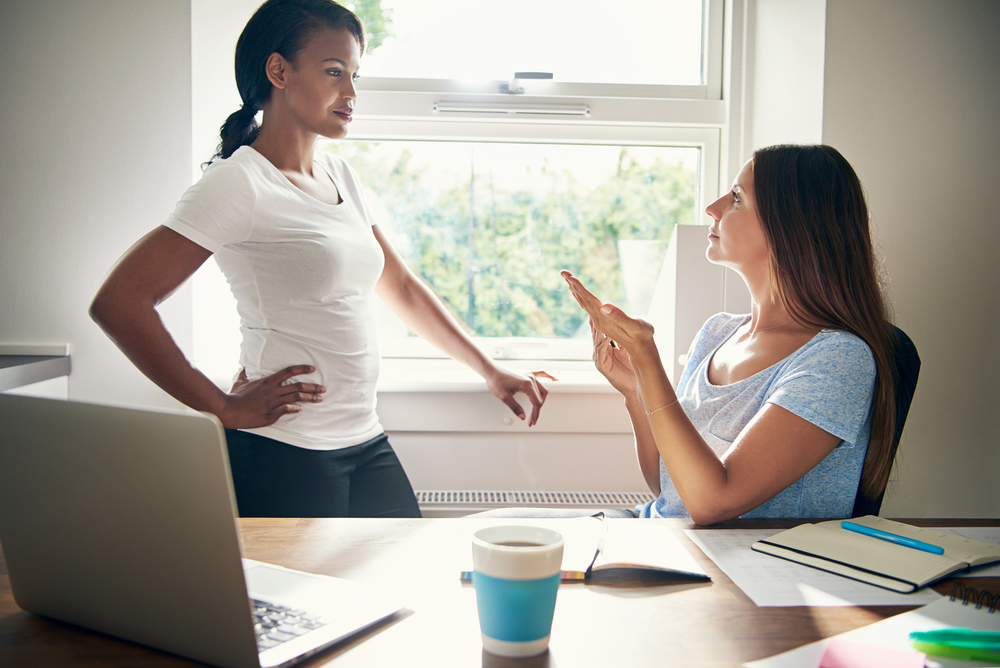 Let the resistance run its course. If you rush people through their reactions or ignore them, you’ll only strengthen their opposition.

At the end of the day, however, after you’ve done what you can to manage the resistance, you do have to enforce a reasonable deadline by which each team member has to either get on board or get off at the next stop.

Many of the changes that organizations face these days are technology-related. A company may be swapping one SaaS solution for another, or onboarding a completely new tool that is expected to revolutionize marketing, financial processes, or productivity.

It can be tempting to believe that this shiny new tool, system, or process will be a magic bullet—capable of solving all of your problems all by itself.

But there’s much more work to be done.

You have to address behaviors, beliefs, culture, training, and other essential elements of adoption. You need key people championing the change and leading by example in order to help others embrace and adopt the new solution.

Change is Challenging, But Worth It

You may have reached the end of this list and decided that you don’t have the time or energy to deal with change management. But the truth is, change is happening all around us all the time, leaving us with two choices.

Almost anything that’s worth doing requires us to suffer through short-term pains before we can experience the long-term gains. Change is no different.

Those who are leading the transition have to frequently circle back to the core reasons for initiating the change—because something’s not working, because something could be done better, because in today’s fast-paced world, you change or you die.

If it’s managed correctly, change really can be one of the most positive things to happen in an organization.

It’s about being brave and saying, “Yes, this is going to take a lot of work, and yes, I have to approach this process carefully and deliberately. But there’s going to be something amazing at the end of it.”

See our post "Friends and Foes of Organizational Change" for more insight into the kinds of things that support change and the kind that inhibit it.