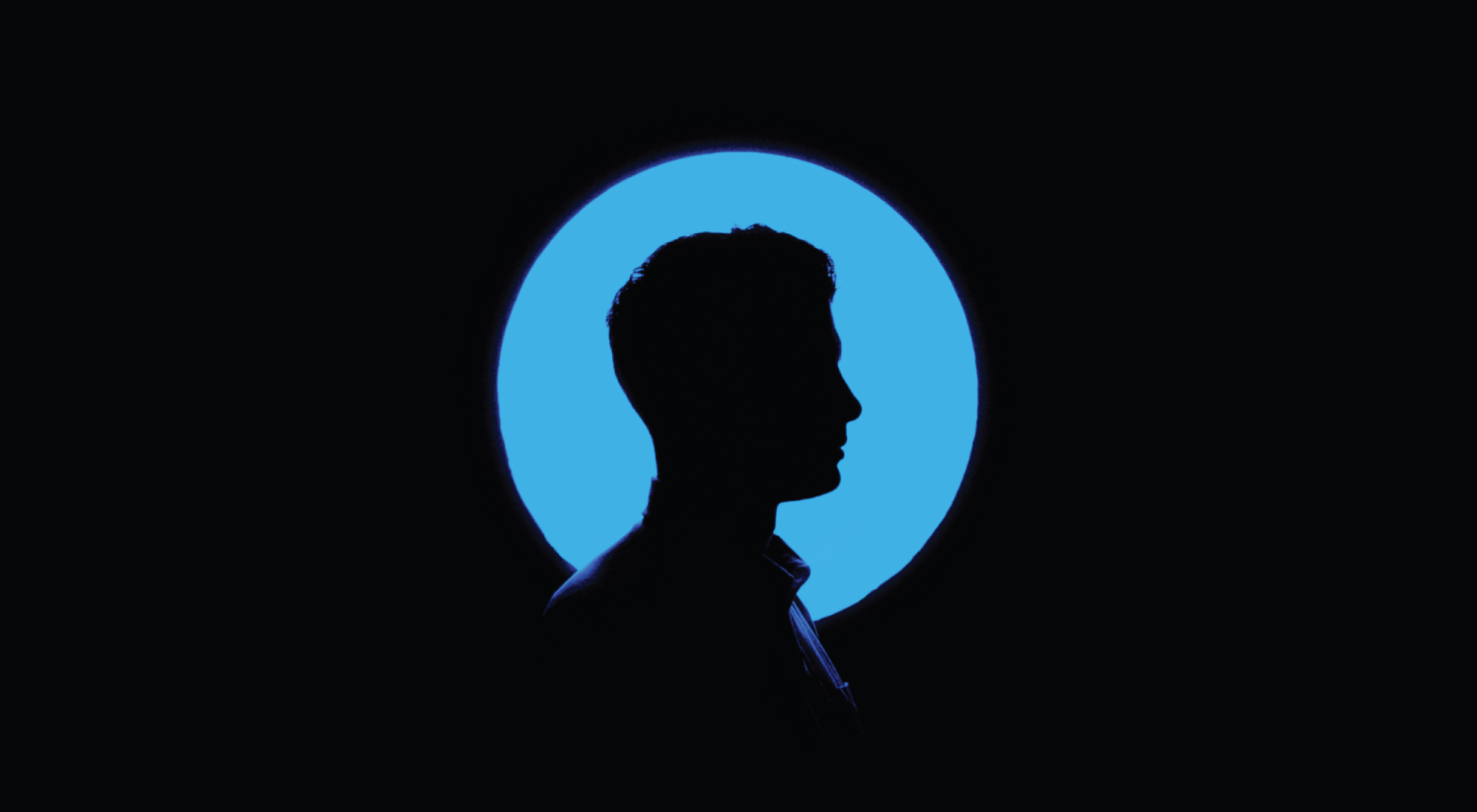 Have you ever seen two sharks carry on a conversation about the nature of the universe? Or a hive of bees debate what the future of work might look like five years from now, given a hazy economic forecast?

We humans do these things effortlessly, using language to discuss abstract ideas and envision possible futures. It’s this ability, perhaps more than any other, that makes our species unique. We’re not like sharks (thank goodness), swimming in solitude, searching for sea creatures to chomp. We’re also not like bees, communicating routine information about food sources and potential threats. Instead, we’re a species with a seemingly endless capacity to flexibly and quickly create new realities — as long as we collaborate. This quality makes us human.

As Douglas Rushkoff writes in his book Team Human, “If humans are the most evolved species, it is only because we have developed the most advanced ways of working and playing together.” He adds that because we are a collaborative species, “anything that brings us closer together fosters our humanity. Likewise, anything that separates us makes us less human, and less able to exercise our individual or collective will.”

Rushkoff’s view here opens the question of whether we will grow closer as a species as time goes on. Will the future of work be more collaborative and compassionate, generating higher levels of well-being?

Will the future of work management be more human?

Here’s how we can make it so.

1. Be aware of how certain technologies personally affect our relationships. Over the past decade the number of times teenagers go out with their friends has plummeted while the percentage who say “a lot of times I feel lonely” has skyrocketed from 22% to 34%. And it’s not just teens. A 2018 study of 20,000 adults in the United States found that 54% said they sometimes or always feel that no one knows them well and 40% said they feel that their “relationships aren’t meaningful,” that they’re “isolated from others,” and that “they lack companionship.”

Imagine how strange this situation would seem to human beings just a few hundred years ago, when people worked together in the fields during the day and enjoyed campfires together at night. It would seem odd for people back then to say they felt like no one knew them well. It would be unfathomable for a majority to say they felt that way. And yet in the age of smartphones and in-home entertainment, loneliness seems normal.

2. Support company team-building activities. Gallup writes that their research has “repeatedly shown a concrete link between having a best friend at work and the amount of effort employees expend in their job.” Specifically, they find that women who “strongly agree” that they have a best friend at work are “more than twice as likely to be engaged (63%) compared with the women who say otherwise (29%).” Another study from Brigham Young University showed that employee productivity increased by 20% after employees were randomly assigned to play video games together with team members they didn’t have a prior relationship with.

This isn’t to say that companies should become hangout clubs where employees lounge around not doing work. But it is to say that companies should embrace activities that help employees meet new people at work with the intent of developing real friendships. If we’re going to create a more connected and more human future, we need to foster ways for employees to introduce themselves to team members they don’t know.

3. Treat your prospects and customers like human beings. Copywriter Hugh MacLeod was fond of saying, “If you talked to people the way advertising talked to people, they’d punch you in the face.” It’s true. No one wants to be treated as a means to an end. That’s why in his book Marketing Rebellion, Mark Schaefer makes the claim that “the most human company wins.” To put this into practice, Schaefer advises companies to, among other things, “be fans of your fans. Make them the hero of your story.” These human stories connect with prospects and customers at an emotional level, which is essential for building an empathetic and authentic brand.

In a similar vein, David Gerhardt, VP of marketing at Drift, talks about the importance of human connection in a presentation titled “Why Building a Brand is the Single Best Investment You Can Make (and How to Do it Without Hiring a Six-figure Agency).” Gerhardt says that the “single best strategy you can employ today” is “being real and authentic.” It’s not about using an enormous budget to create glossy, glamorous marketing campaigns. Instead it’s about human beings speaking to human beings. That’s what people want.

Gerhardt looks to Patagonia as a example of being human. “Our branding efforts are simple: tell people who we are,” says Patagonia Founder Yvon Chouinard. “We don’t have to create a fictional character like the Marlboro Man or a fake responsible caring campaign like Chevron’s “we agree” advertising. Writing fiction is so much more difficult than nonfiction.” Patagonia simply lets the world know who they already are. What a powerful approach.

4. Use automation to cut routine tasks, while investing in reskilling. The more we allow machines to do tasks that are routine and menial, the more time we should have to do work that makes us unique as human beings — brainstorming, inventing, collaborating, etc. As Workfront CTO Steve Zobell says, “The future of work will finally set free the greatest asset we have: human intelligence.” 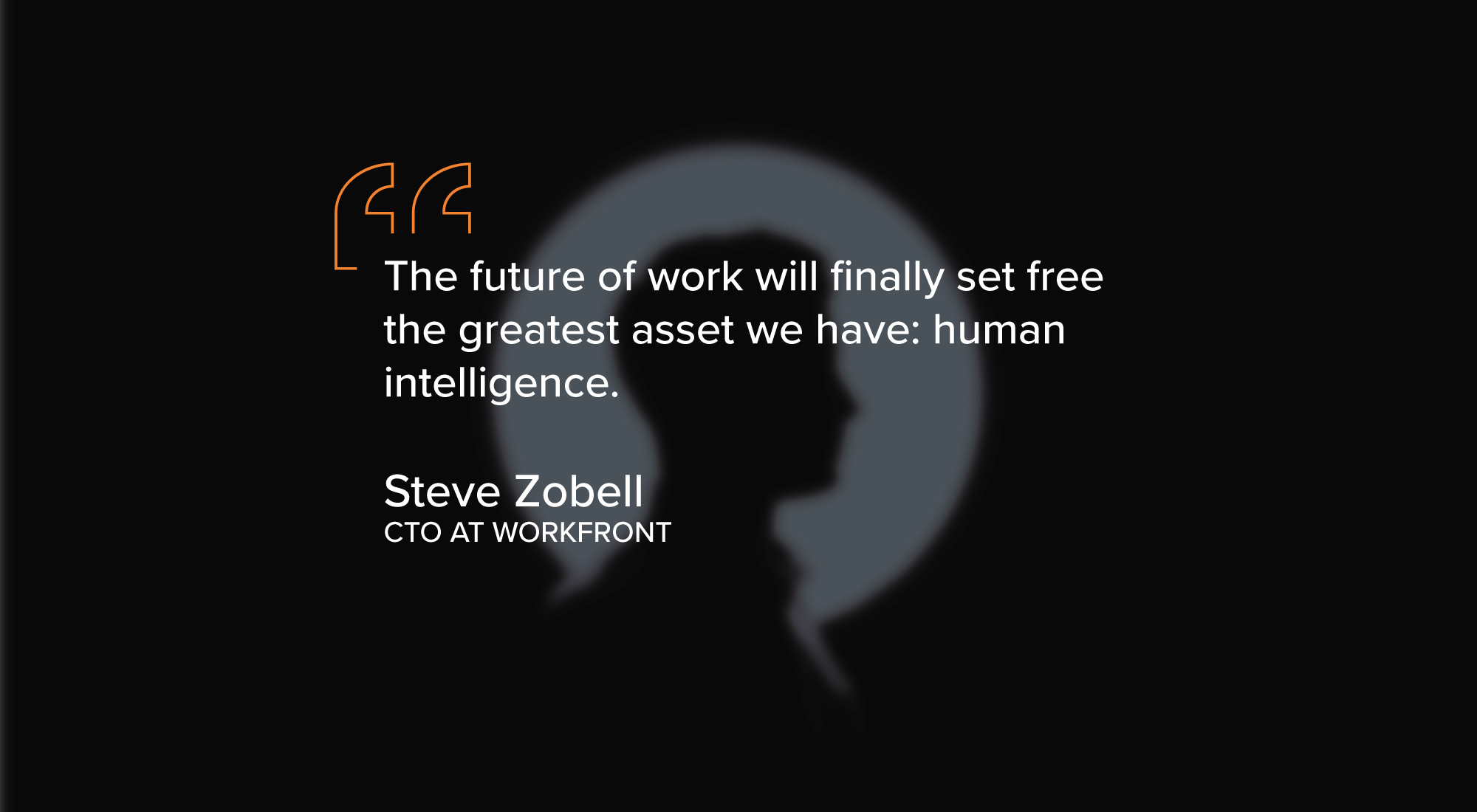 Of course, we also have to prepare for the dramatic shift in the marketplace that will follow in the wake of widespread automation. A report released this month from the World Economic Forum estimates that 1.37 million workers will lose jobs over the next decade because of automation. And the Workfront State of Work report shows that 48% of workers know someone who has already lost a job due to automation.

To create a future that’s more human, we’ll need to invest more heavily than ever in retraining people who lose their jobs because of automation. To do otherwise — to leave people behind simply because their jobs become automated — will lead to widespread disconnection. In other words, all efforts to automate jobs should be coupled with efforts to create jobs that honor human dignity and unleash human intelligence. As Dov Seidman, author of How: Why How We Do Anything Means Everything, writes, “To compete and thrive in today’s reshaped business world, more leaders need to embrace a human approach, answering to the needs of millions of people who are crying out for leadership that can inspire them and elevate their behavior.”

5. Make empathy a rallying cry, both in technology and in work. If you’re building technology and want it to be human, you must care deeply about the emotions people feel when using it. Are they frustrated? Bored? Delighted? Whatever the case might be, you have to start with a clear sense of what they actually feel — not what you want them to feel. What does usability testing show? What does NPS data reveal? What are the long-term psychological effects of using your product? If you’re going to make technology built for humans, make certain you track how it promotes well-being as part of your criteria for success.

Likewise, if you’re going to lead a team in a humane way, you must develop empathy. Brian Carroll, founder of Markempa, advocates that leaders learn to watch their team’s non-verbal cues and micro-expressions to understand how each person is actually feeling. “Stop listening with the intent to reply, and start listening with the intent to understand,” Brian advises. Alex Shootman, CEO at Workfront, says that if leaders want to be heard, they must hear.

This means that before you start spouting off suggestions, ask the person you’re interacting with if you understand what they’re saying (“So, you mean this …” is a useful go-to) and how they feel about the situation. If your team knows you respect their views and feelings (even if you don’t always agree with them), they’ll respect you too. And respect is foundational to making the future of work more collaborative and more human.

Ask Yourself: Does This Action Increase Human Connection?

In the end, the single most important question we might ask when creating a more human future is whether an activity increases or decreases human connection. As Rushkoff writes, “anything that brings us closer together fosters our humanity.”

It’s a useful way to ensure we’re creating a more human future — a future that, while not inevitable, is worth working toward.