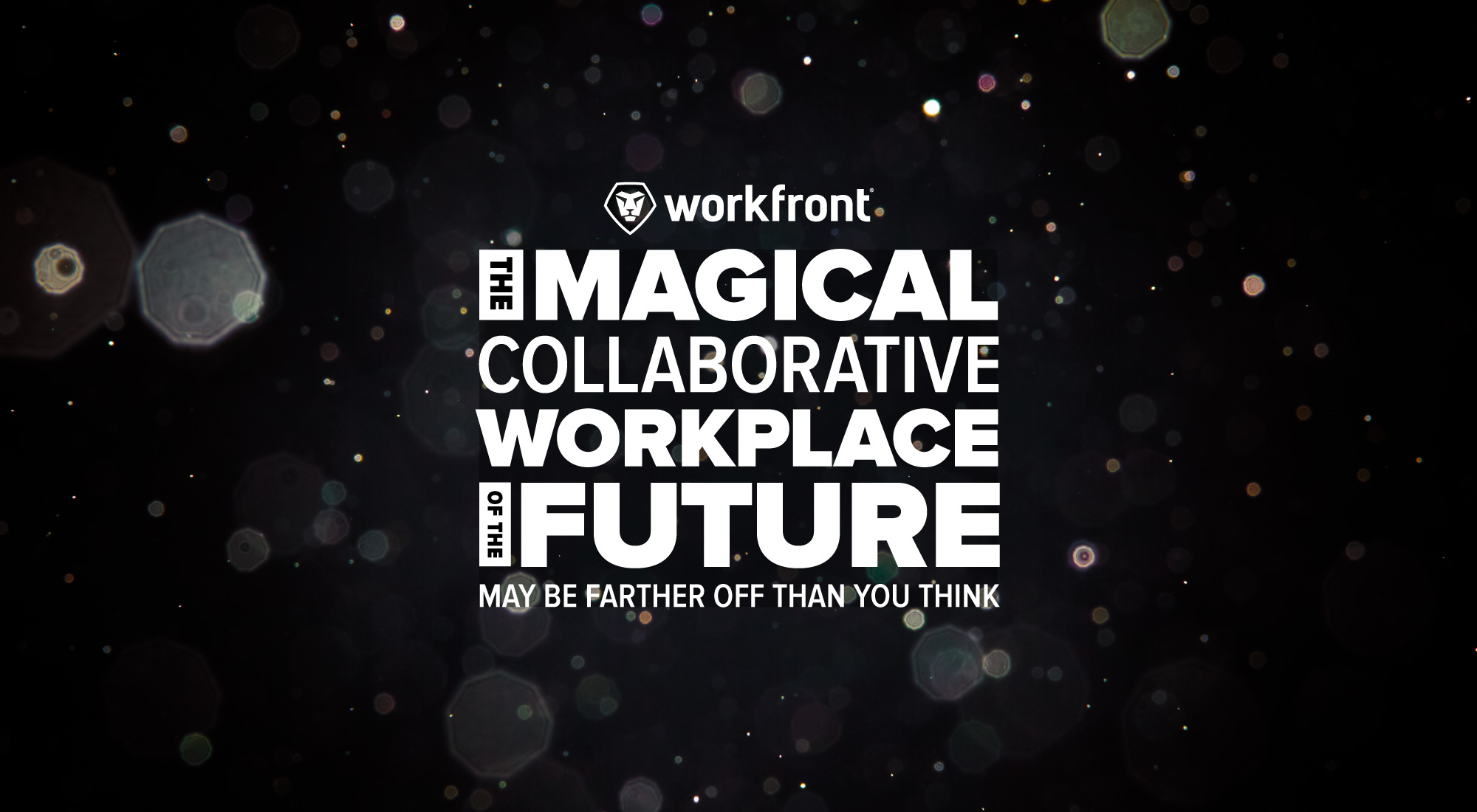 Wasteful meetings and excessive emails are the top hurdles for today's workers, according to Workfront’s latest research, The State of Enterprise Work Report. That’s as much of a newsflash as saying today’s political environment is a little testy.

The research does, however, show that today’s enterprise knowledge worker is quite optimistic about the future of work.

See "A Trip to The Office of The Future With Brian Fanzo" for insight into what the future workplace will be like.

Seems that in five years, the workforce will be a magical land of rainbows and unicorns where everyone works when they want, from where they want, and using fancified collaboration software (like Workfront) to automate most tasks. Email and meetings will be a thing of the past.

When asked what would be different in the office five years from now, 61% said video conferencing will enable remote working. Half said mobile phones will be their office. And 31% said collaboration software will eliminate most conference calls and that social media will be a major work tool.

So why do I think they’re as delusional as a third party candidate picking out curtains for the Oval Office? Almost half also say they do not want to use project management tools. This is kind of like saying, “I plan to visit Australia, but I won’t fly and hate boats.”

To recap: Around half of enterprise knowledge workers (those at companies with 500 or more employees) think they’ll shed emails and meetings while gaining flextime and freedom without using the primary tools and mechanisms to do so.

In their defense, enterprise workers don’t have a lot of individual say-so in how their companies adopt new approaches to work.

Project management software, flextime policies, and even dress codes in some companies are all decisions left to executive teams. (Not so coincidentally deemed the least productive type of worker by those surveyed.)

So while it’s one thing to complain about today and hope for a better tomorrow, it’s going to take a lot of goings on in between to connect one with the other. Still, the 41% who say they don’t want to use a project management tool blows my mind. It makes me question the sanity of those who answered that way. 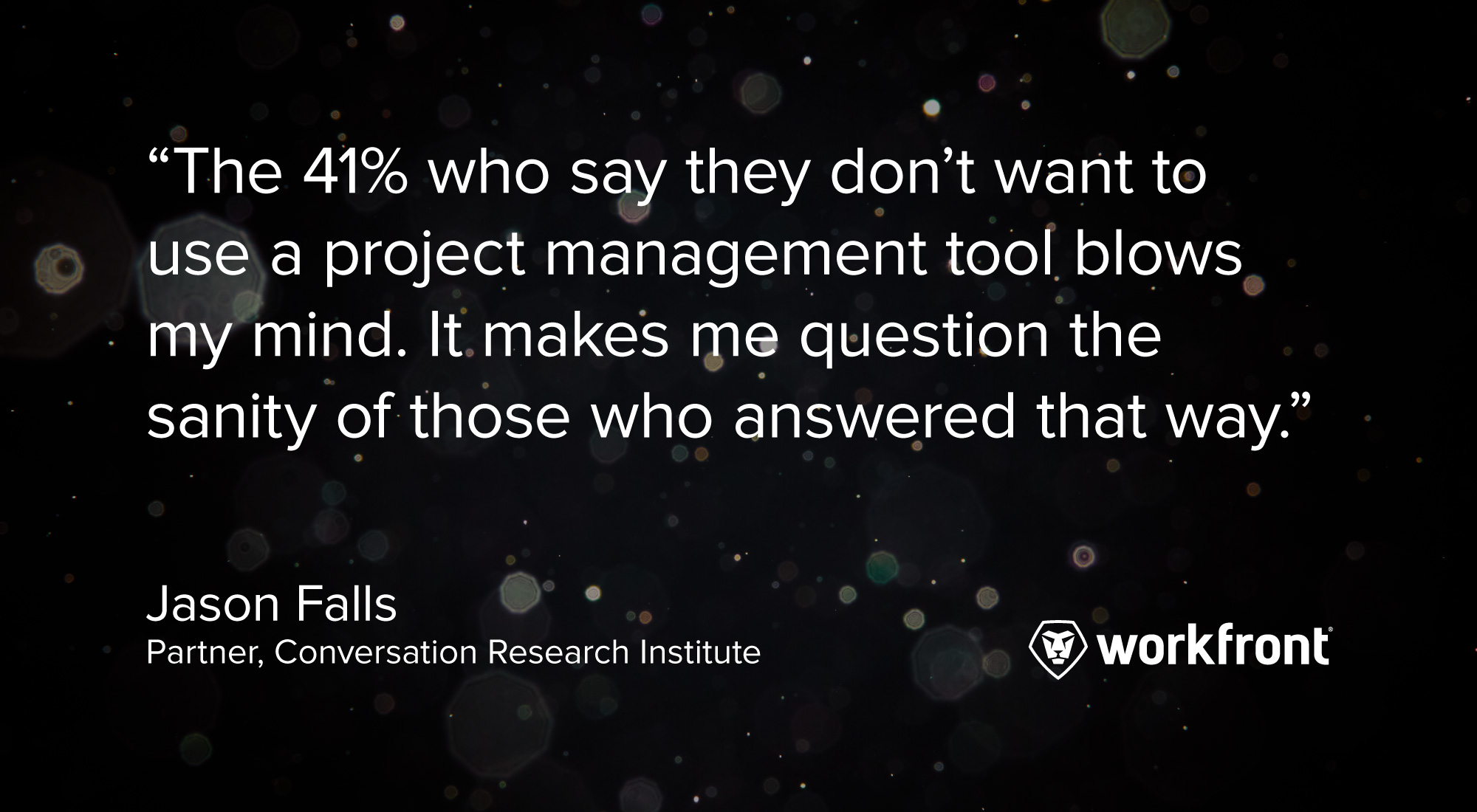 The World: “Would you like to use a tool that will make your work life easier and help you reach the idyllic world you so long for?”

My guess is workers may have a misperception of what project management solutions are. Look at the way the survey question was worded:

“During the course of your day, do you currently use a project management tool that tracks accountability, visibility and assigned work, tasks and/or projects?”

For some, that might read, “Do you use software that lets your boss micromanage your every move?" Accountability is the tricky word. Does that imply you are forced to be accountable to your supervisor or your colleagues are accountable for their work to you and the team?

It means both, but it may not be taken that way in the five seconds someone spends filling out a survey.

There is hope, of course. All the other statistics from the survey point to that ideal. We as a workforce are trending toward a very different construct of “work” and “office.” And it’s primarily because technology fuels greater perspective. 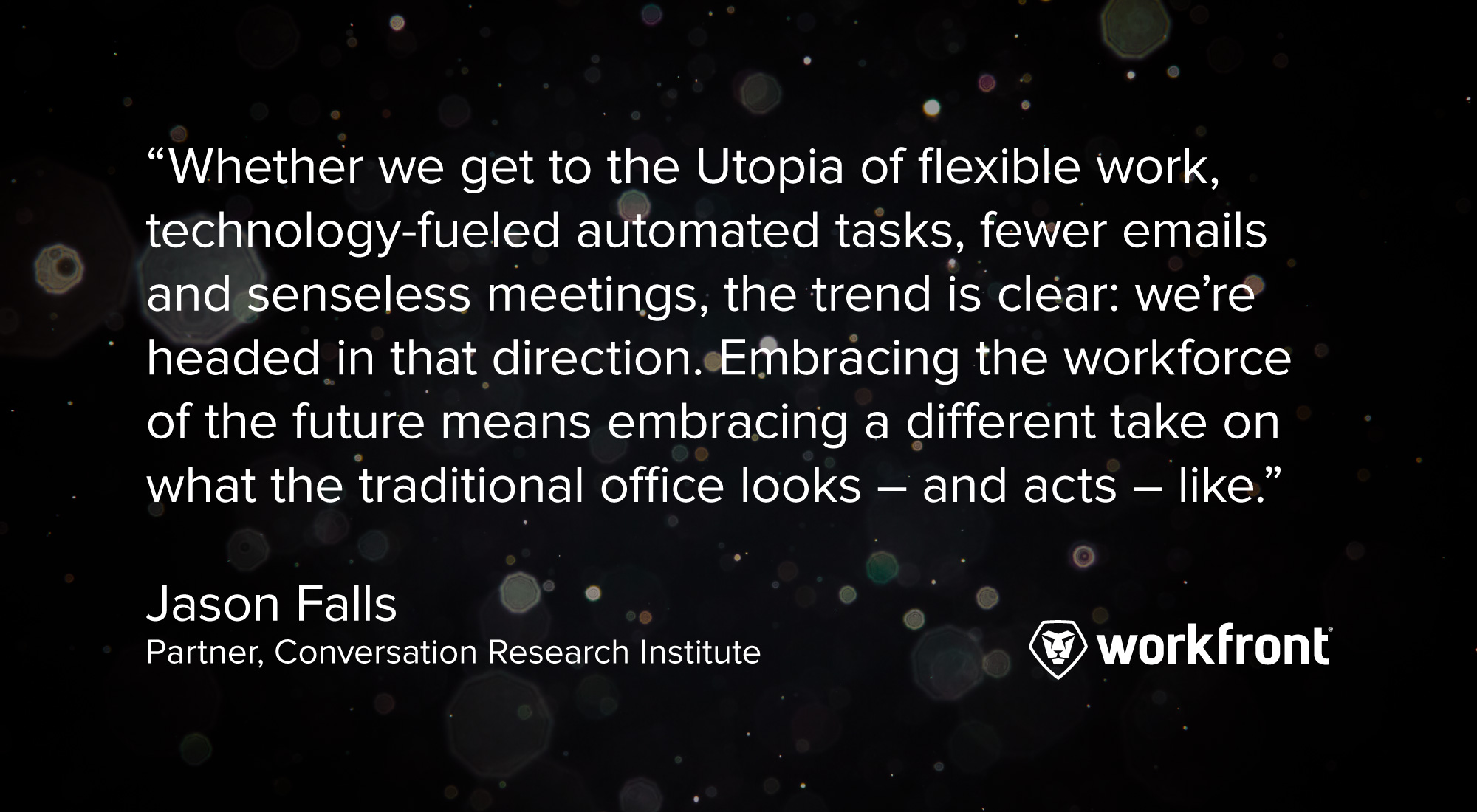 Whether we get to the Utopia of flexible work, technology-fueled automated tasks, fewer emails and senseless meetings, the trend is clear: We’re headed in that direction. Embracing the workforce of the future means embracing a different take on what the traditional office looks—and acts—like.

And a major part of that embrace will be the technology that empowers your workforce to become what it can be.

To see more findings from The State of Enterprise Work Report, and learn how email, meetings, and automation are shaping the future of work, click here.