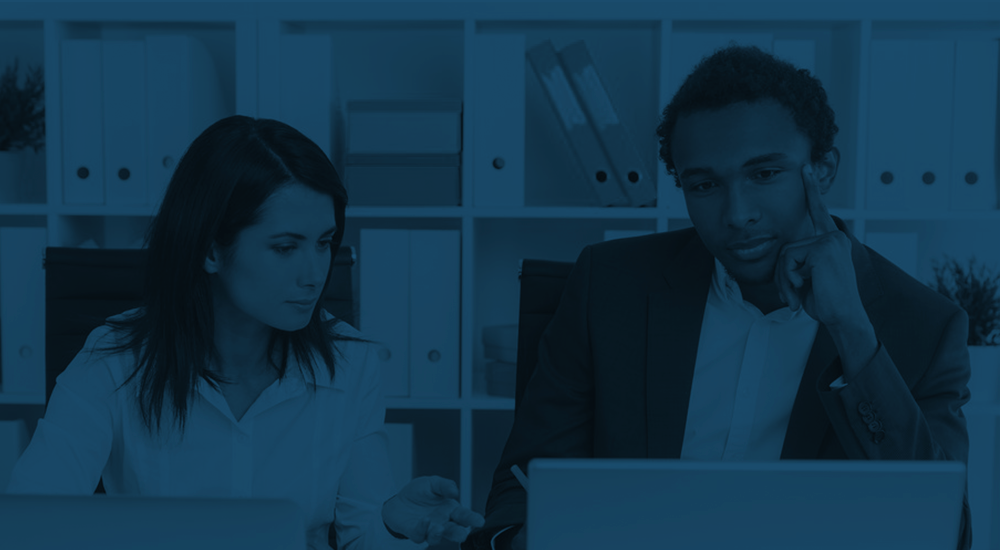 Write the Perfect Report Every Time: A Real World Recipe

First, let’s get past the bad news part of this article: there is no Ultimate Report Template that you can copy and paste each time you have a report due.

Sorry about that, but you probably suspected as much before you started reading.

There is some good news, however.

While we can’t give you a simplistic template to download and follow verbatim, we can offer you the ingredients that make up a great report.

We’ll provide the recipe, but it’s up to you to switch up the spices and customize the presentation of the final results.

We’re going to start with five key ingredients that you should include in just about any report, and then move on to a few optional garnishes. These finishing touches can take a report to the next level, but you should have a palatable final product even if you don’t include any of them.

5 Must-Have Ingredients of a Perfect Report

I understand that the idea of a report is extremely broad, so our ingredient list isn’t going to be super specific (think “flour” rather than “organic whole wheat flour”). Each time you create a report you’ll need to take the unique situation into account and adjust this ingredient list accordingly.

1. Knowing Who Will Consume the Final Product 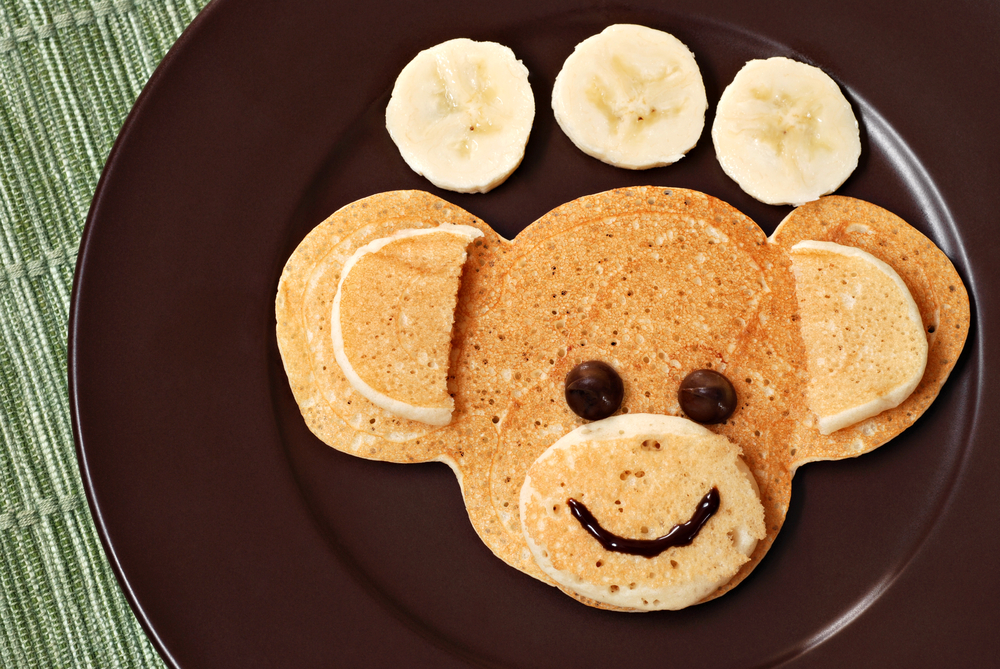 When I make pancakes for my kids, I know I can get away with using some whole wheat flour, as long as at least half is good, old fashioned white flour.

My son likes bananas smashed up in his before they’re cooked; my daughter prefers blueberries. In each case, I make slight adjustments to my recipe to accommodate the audience.

I could, of course, just make ultra-healthy, whole-wheat pancakes with no sugar, but none of the message (or nutritional value) would get through to my target consumers.

Most importantly, consider what each reader might try to do with the contents of your report. What are their goals, needs, and/or frustrations, and how can you help with them?

For example, if you’re rolling up the results of a recent marketing campaign for your colleagues who worked on it with you, their primary objective is most likely to find out whether it worked or not.

If it didn’t, they’ll want to know why (i.e., they want to know if it was their fault). The same thing holds true for successful campaigns: their primary interest will be how their work contributed to the outcome.

In that case, breaking down the data based on each individual’s contribution will help these people ingest the information that’s most valuable to them.

On the other hand, a busy upper level executive isn’t typically going to be interested in the breakdown of who did what. They most likely want to know whether an initiative succeeded or failed at a high level, along with any contributing factors that might explain the outcome.

For many report consumers at this level, an executive summary may prove more effective than even the most well-formatted tables and graphs. Think of it as the amuse-bouche for your multi-course data feast.

If you’re sending a report electronically, the body of an email is great place to include this bite-sized version of what’s contained in the attachment.

If the report is a larger, multi-media document that extends beyond a spreadsheet, you can include a short outline of your findings as the first page. And when I say short, I mean just a couple of paragraphs. An amuse-bouche is traditionally eaten in one bite, after all.

Your goal in the executive summary is to be clear and concise; if the reader isn’t hungry enough to consume the entirety of your report, they should be satisfied with this overview. It shouldn’t leave them with unanswered questions.

3. NOT Everything in the Data Pantry 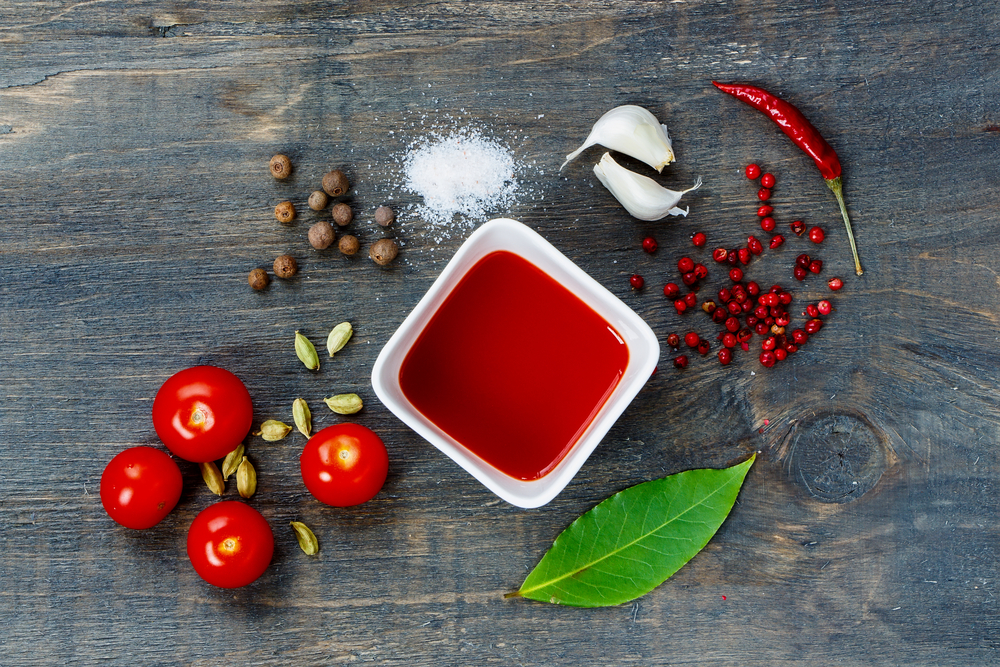 Good cooks know when to stop adding ingredients, and so do good report authors.

Combining every single tasty ingredient in your kitchen will produce an overwhelming mess of a dish. Likewise, cramming each and every data point you’re tracking into a massive spreadsheet will result in an unintelligible jumble.

Just because you’ve got information on a particular metric doesn’t mean it belongs in every single report you provide. Remember our very first key ingredient, and include only what will help your audience achieve their goals or answer their questions.

It’s tempting to use reports as an opportunity to show off how much you’ve been doing, but the most powerful reports sometimes contain only a handful of insightful formulas.

Some chefs have built their careers on producing amazing meals with a few simple ingredients; use their success as your inspiration and resist the urge to clutter your reports. 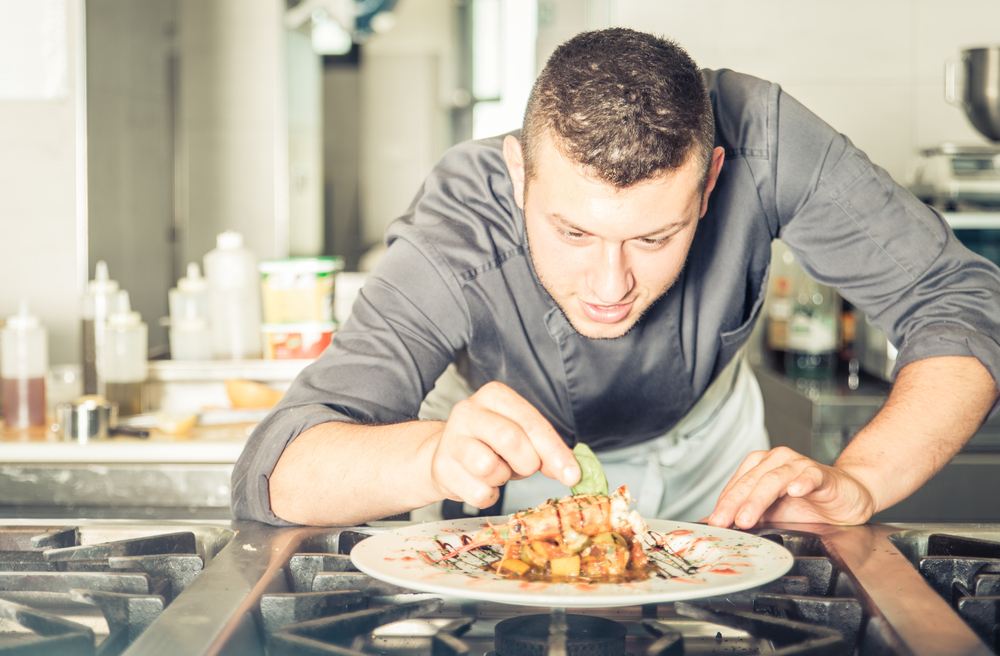 If you have two identical meals, one that has been lovingly placed on a beautiful dish, and one that has been tossed haphazardly onto whatever plate was handy, which one do you think will look more appetizing?

Once again, the same holds true for reports.

But there’s no need to despair if you’re not a graphic designer. A few straightforward adjustments (courtesy of DesignShack.net) can take your report spreadsheets from painful to pristine:

● Clear headers: Limit bolding to your headers to help them stand out as important components of the document. You can also slightly increase their font size for added emphasis.

● Limited use of color: The temptation to fill each section with its own snazzy hue can be hard to resist, but please try. Limit your colors to areas you really want to emphasize, like headers or formula results.

● Zebra stripes: If you have long data sets that run horizontally for more than a few columns, consider filling every other row with a very light gray. Known as zebra striping, this helps a reader’s eyes follow the data from one side of a spreadsheet to the other.

● Extra padding: Always err on the side of having cells that are too wide and too tall. Trying to reduce scrolling or cut down on the number of pages that need to be printed seem like noble goals, but they often create cramped, hard to read reports that look unprofessional.

First impressions matter, in both dining and in reports, so take a few minutes to help your data look its best.

Critical restaurant reviews can be harsh, but they can also spur chefs to step up their game. Before sending in a report, tap into your own trusted critic and get their unfiltered opinion.

Ideally, your critic should be someone who isn’t familiar with the data or the project it came from. This outsider’s perspective will reveal whether or not you’ve achieved the simplicity and clarity that are the hallmarks of great reports.

Also, be sure you’ve built in time to make adjustments based on this feedback. It doesn’t help if you get great ideas that you can’t act on because your report is due in an hour.

Sometimes you want to go the extra mile on your report. Maybe it’s your first in a new role, or you’ve got a new boss who needs some background on your projects. Or maybe you’ve identified a potential change that could make the report more effective.

Anytime you want your reports to go from good to gourmet, try adding one (or all) of these report garnishes.

This garnish is ideal if you and/or the person consuming the report are new to the role.

It provides background on the who, what, and why of the report itself. For example:

● Who produces the work being reported on?

● Who is the author (or authors) of the report, and why are they the ones who put it together?

● What (if any) actions are expected based on the contents of the report? (If the answer to this is “none,” you may want to jump ahead to the next garnish and suggest something.)

● Why is the report coming out at this time? Has a project ended, or does the report occur at standard intervals (e.g., every quarter, every month, etc.)?

Unlike the executive summary, which is an overview of the report’s data, an introduction is meant to set the stage for the information being shared. 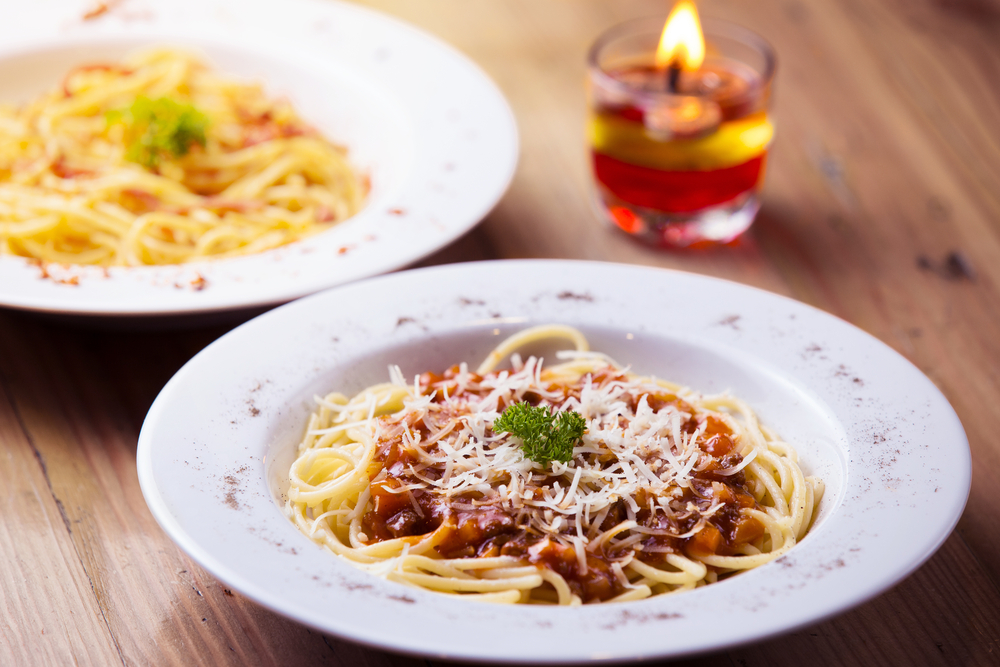 Think of it like establishing ambiance in a restaurant. It may not change how the food actually tastes, but it makes diners more receptive to what’s about to be served.

2. Proposed Changes to the Report

Once you’ve done the same report multiple times, you may start having ideas about changing the frequency, format, or contents.

Maybe it should be done more often in a less-detailed format, or maybe a quarterly roll up would be just as useful as the monthly reports you’re currently producing. Including such a proposal with your next report can show that you’re thinking critically about your work, not just going through the motions.

Go back to our first key ingredient when crafting this garnish: make it about your audience, not about you. Focus on how making a change to the report will produce better results for the reader and/or the organization. 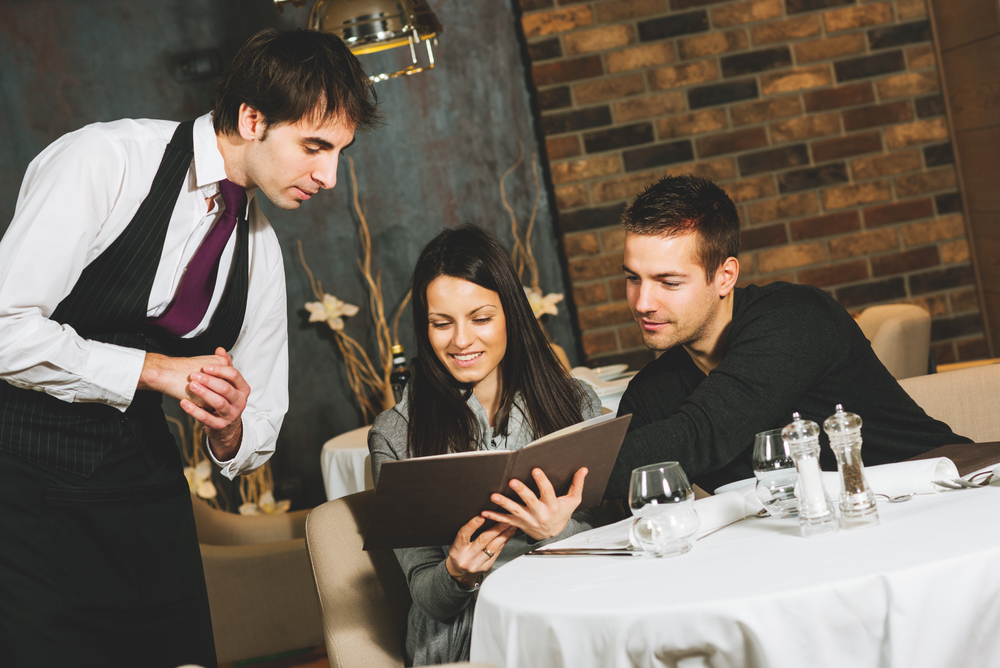 A waiter who suggests a new vegetarian entree because his tables keep requesting it has a much better chance of being heard than one who makes the same request because he’s personally trying to cut down on how much meat he eats.

3. A PowerPoint Version of the Report

This is the ultimate report garnish, and although it’s labor intensive, it can help you a lot in the right situation.

If you have any inkling that you, your boss, or anyone reading the report might find themselves talking about it in a presentation format, create a PowerPoint deck based on your results.

To be clear, this isn’t just cutting and pasting things from your full report. It’s a unique piece of content that has been fully customized to the medium.

Slides can be time consuming to produce from scratch, but you should be able to reuse your first version for subsequent reports. Then you’ll always be able to produce a handy presentation at a moment’s notice.

Have you ever had a fancy cocktail garnish in your drink? Those take a lot of time to create, but when they show up in your beverage, it makes you feel like you’re having a special treat, even if the drink itself isn’t extraordinary.

A nice PowerPoint presentation can do the same thing for your report.

A Final Word About Report Recipes

I urge you to remember that what we’ve covered here are ingredients only; it’s up to you to combine and customize them to fit your unique situation.

And don’t be afraid to mix things up when the situation calls for it. If a diner asks a chef to leave the onions off their meal, it won’t go well if the chef insists that the onions stay because the recipe calls for it.

And, of course, these aren’t the only ways to produce great insights into data. We’d love to hear about your go-to report ingredients and garnishes in the comments.