With the popularity and proven success of Agile Manifesto, businesses and a wide range of project management professionals beyond the world of software have adopted its methods. In embracing the Agile Manifesto’s principles, organizations must ask themselves, “How can we structure ourselves to deal with uncertainty in product development effectively?” 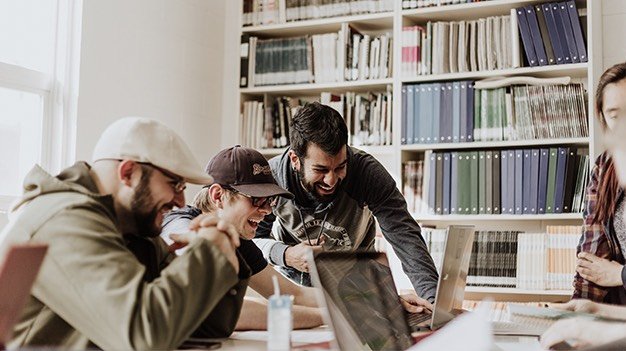 What is the Agile Manifesto?

The Agile Manifesto for Software Development was a declaration of a unifying philosophy for frameworks like Scrum, Extreme Programming, and Feature-Driven Development (FDD). The Agile Manifesto greatly departed from the waterfall-style project management approaches that were widely in use prior to that time.

“We are uncovering better ways of developing software by doing it and helping others do it.

Through this work, we have come to value:

Agile solutions come about as self-organizing, cross-functional Agile teams employ the appropriate practices for their context. But that doesn’t mean they do without managers. Managers are still needed to:

Who created the Agile Manifesto?

With the Wasatch mountains towering over them in Snowbird, Utah, 17 people gathered in early 2001 to discuss the future of software development. They included proponents of Extreme Programming, Scrum, Dynamic Systems Development Method (DSDM), Adaptive Software Development, Crystal, FDD, Pragmatic Programming, and others who saw the need for an alternative to “documentation-driven, heavyweight software development processes.”

From this group, 14 people became signatories of the Agile Manifesto, including:

In the 1990s, before the Agile Manifesto meeting, software developers started looking for better, more responsive ways to work, mixing old and new ideas about development and attempting to find the best combination for their purposes.

Their different methodologies focused on:

They started to develop frameworks that other teams could use, including Scrum, Extreme Programing, FDD, and DSDM.

The Agile Alliance was formed in late 2001, acting as a place for software developers to explore and share their ideas and experiences. Development teams were the first to use the Agile methodology, but it has since been adopted by other teams, particularly those who execute on projects that don’t have a clear scope and requirements at the outset.

As Agile became more widely adopted, an ecosystem developed that included the people doing Agile software development and others who helped them via consulting, training, frameworks, and tools.

The values behind the Agile Manifesto.

The four Agile Manifesto values are:

1. Individuals and interactions over processes and tools.

It is people who drive the development process and respond to business needs on the fly, so they take precedence over processes and tools. If the latter things drive development, the team becomes less responsive and able to meet customer needs.

The Agile Manifesto deemphasizes the documentation of the development process, which historically took a huge amount of time and often bogged down the team. By avoiding unimportant minutiae, Agile shifts the team’s focus from the process itself to the results of the process (actual working software).

In traditional project management methods, such as Waterfall, customers negotiate the product requirements in great detail before any work starts, and they’re typically involved only at the beginning and at the end. In Agile, the customer becomes an important collaborator throughout the development process, ensuring their input is incorporated, and the result meets their needs along the way.

4. Responding to change over following a plan.

Because ongoing adaptation isn’t built into the traditional software development process, change is an expensive headache. Agile embraces change, focusing on releasing a minimum viable product that can be evaluated and adjusted from iteration to iteration.

The principles behind the Agile Manifesto.

The 12 Agile Manifesto principles, expanding on the original manifesto, include:

Since the signing of the Agile Manifesto, the widely adopted product development approach has boasted many successes. It has given rise to other scaled Agile development processes, such as the Scaled Agile Framework (SAFe) and Large-Scale Scrum (LeSS), which help move Agile out of the software development arena and into other teams within the enterprise. According to Harvard Business Review, roughly 80% of companies are using at least some aspects of Agile in all of their principal business functions: research and development; production and operations; customer service and support; marketing and communications; sales; and even HR, finance, and administration.

The Advanced Guide to Agile