The Five Whys strategy helps professionals understand the root cause(s) of organizational problems. It requires people to continually ask what causes a particular problem— rather than just assuming. It helps organizations better understand the issue and identify a solution that will prevent the situation from happening again.

This article explains how the Five Whys can improve organizations’ problem-solving, decision-making, and, as a result, outcomes. 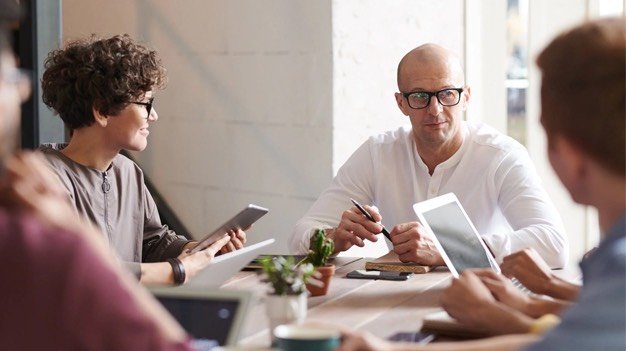 What is the origin of the 5 Whys technique?

The Five Whys technique is nearly 100 years old, but its usefulness in solving problems and encouraging innovation makes it highly relevant and important today.

The method started with Sakichi Toyoda, the industrialist and inventor famous for Toyota Industries, in the 1930s. Toyoda recognized the value of this strategy when it came to problem-solving issues while running his company. As the architect of the Toyota production system, he wanted to keep the lean product production process running as smoothly as possible. The Five Whys system played an important role in the basis of Toyota success.

Rather than allowing people in the boardroom to sit around and develop theories about why a particular problem might have happened, they had to investigate in person to determine why a particular problem occurred. They then continued investigating until they found the origin of the obstacle. This helped eliminate human error and take into account human factors, such as personal opinions that could color perceptions about what caused a problem without proper analysis. The Five Whys technique brings a more scientific approach to the discovery of an underlying cause.

This led to superior processes that allowed the business to continue to grow and expand. The Toyota organization uses this strategy today to overcome obstacles and identify the nature of the problem as it arises.

This strategy quickly became popular outside the Toyota company, with many companies picking it up in the 1970s. Businesses and professionals continue to adopt it to improve their problem-solving skills and internal processes.

What does the 5 Whys mean?

The Five Whys technique is the practice of asking five times why a problem or failure has occurred.

By continually asking “why” and investigating the obstacle, the team uncovers the root cause(s) of the problem. Rather than working at a surface level of what happened and coming up with a quick fix as a workaround, organizations employing this strategy improve their overall processes and prevent recurring problems.

This strategy can also help businesses uncover multiple causes of a problem. By repeatedly asking why, professionals might find that the problem resulted from multiple core causes. They can then take an appropriate multifaceted approach to find a solution.

When should you use a 5 Whys analysis?

The Five Whys methodology can help you professionally in various situations. For example, many people find it helpful when:

The Five Whys strategy often works best when used to solve simple or moderately difficult problems. It does not have the intricacy of other problem-solving strategies, and this strategy may not work as well with extremely complex problems. But it is effective in helping professionals better understand the root causes of issues and take a first step in problem-solving.

How do you complete a 5 Whys analysis?

Completing a quality Five Whys analysis requires carefully walking through seven main steps. These steps will keep the team working efficiently while uncovering the sources of their struggles.

Assemble a group of team members.

First, bring together a team of professionals who are familiar with the issue. Include people from across different departments that might impact the problem. Each team member will have a different perspective and fresh ideas that can help the team better uncover the root cause of a problem.

To keep the team motivated and moving forward, select a leader who will organize the group. Having a leader will ensure that the team continues to work their way through the Five Whys strategy and properly evaluate each question.

The leader should focus more on their role as a facilitator. All team members should feel the freedom and flexibility to speak their thoughts about the dilemma and what might have caused the problem.

Write down the problem on a whiteboard or paper.

Next, the team should record their problem statement to ensure everyone is on the same page. Taking notes as they progress through the evaluation levels will keep thoughts and ideas organized. It will also help the group appropriately implement the changes that need to happen to prevent the problem from recurring.

Ask the first “why.”

Now, the group needs to articulate the question they want to solve and answer their first “why.” For example, if they want to know why a software update occurred late, they will pose a question, such as, “Why did this software update occur behind schedule?” The team will then want to brainstorm their answer to this question and record their notes.

Following this first ask, the team needs to follow up with four more rounds of “whys.” Once the team has answered the first question, they need to ask why that particular event occurred. Repeat this three more times to arrive at the fifth “why.”

Determine the root cause of the problem.

Once the team has gone through the five stages of “why,” they need to articulate what they understand to be the root cause of the problem. Look at the final answer derived from this process and use that to begin articulating the cause and effect that resulted in the original problem. The group can then begin brainstorming ideas for solving this problem.

Finally, the team should share with the larger department or company the outcome of their analysis. Describe the answers to the questions found, the believed root cause, and the solutions articulated. As the group moves forward, watch for progress and continuous improvement and see if the solution does its job of alleviating the chain of events that led to the initial obstacle.

What are examples of the 5 Whys technique?

Sometimes, the easiest way to understand the application and possibilities of the Five Whys strategy is to go through a few examples. Here are three situations where businesses might use this strategy to better ascertain the root cause of their problems.

One opportunity to use the Five Whys process is if a business looks at its sales numbers and realizes they have declined over the past quarter. Comprised of marketing, sales, and customer service personnel, the team might go through the analysis like this:

In this situation, the team recognizes the importance of valuing employees and creating a desirable work situation to build loyalty. Quality employees produce quality customer experience. They can develop an action plan to better train new hires and improve their benefits packages to ensure they attract and retain the top talent.

Another opportunity for a Five Whys analysis might arise if a manufacturer does not finish filling orders for companies who paid for their products.

This team discovered that the desire to avoid a small delay in production to perform routine maintenance resulted in a large delay to fix the machine, causing missed deadlines. This team should develop an action plan to enforce regular maintenance and investigate slower times to schedule the maintenance. They will also need to make sure no manager gets penalized for missing quotas when they take the time to maintain their machines.

Businesses might also encounter situations where their teams fail to meet project deadlines. This can delay deliverables to clients or otherwise disrupt the rest of the organization. To solve the problem, a team might ask questions such as:

This team might focus on the importance of doing a better job of building team culture through regular meetings, encouraging discussions and asking questions, and nurturing leaders who guide others by example and welcome outside-the-box thinking.

Let the 5 Whys help you with workplace problem-solving.

Project management professionals who oversee deliverables will find that using the Five Whys analysis can greatly enhance their effectiveness at work. This simple technique can help them understand the root cause(s) of problems and inefficiencies so that they can course correct and continually improve their performance. Managers who take these principles to heart—asking questions to find the real cause of problems and obstacles—will find it easier to adapt and thrive.