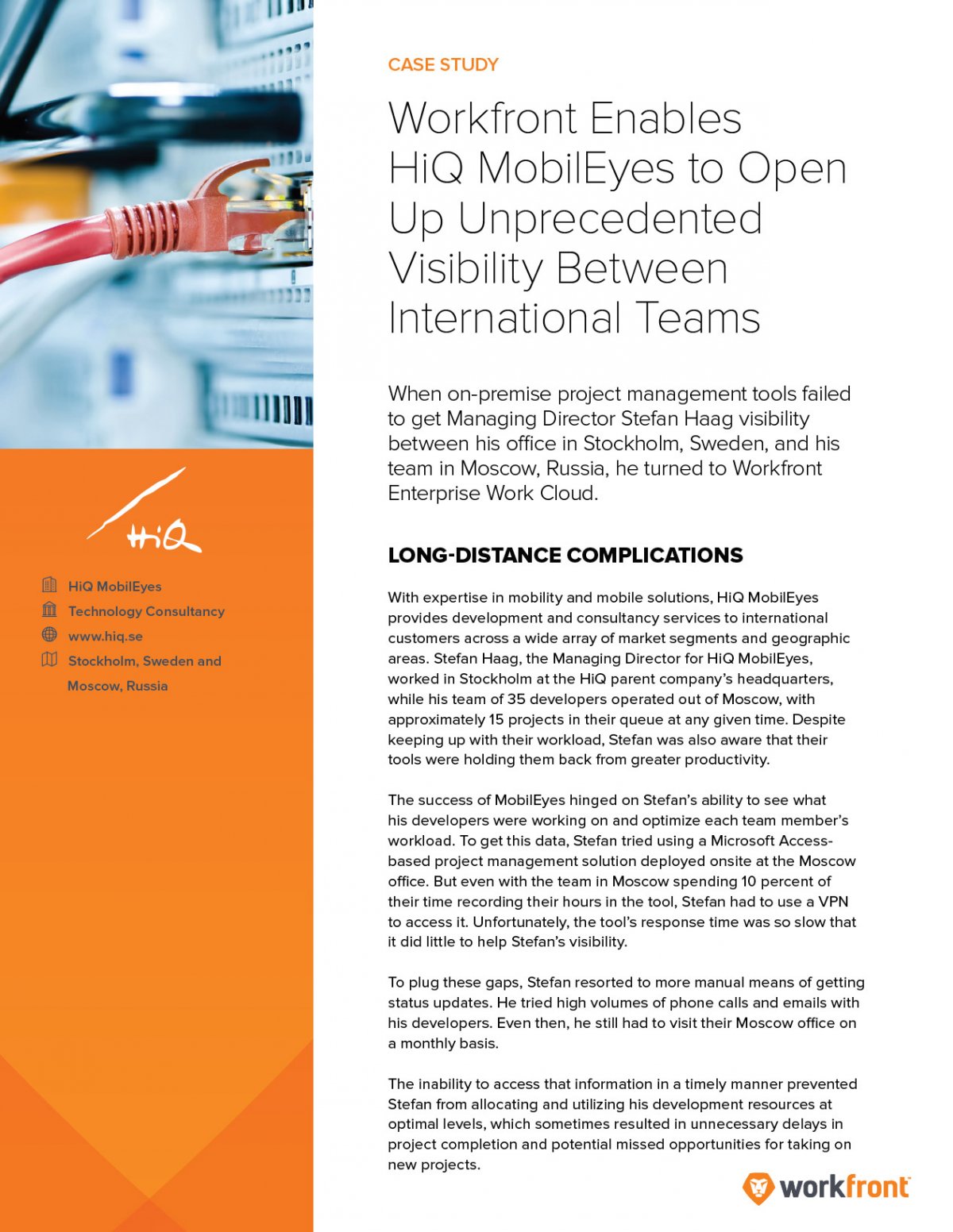 With expertise in mobility and mobile solutions, HiQ MobilEyes provides development and consultancy services to international customers across a wide array of market segments and geographic areas.

Stefan Haag, the Managing Director for HiQ MobilEyes, worked in Stockholm at the HiQ parent company’s headquarters, while his team of 35 developers operated out of Moscow, with approximately 15 projects in their queue at any given time. Despite keeping up with their workload, Stefan was also aware that their tools were holding them back from greater productivity.

The success of MobilEyes hinged on Stefan’s ability to see what his developers were working on and optimize each team member’s workload. To get this data, Stefan tried using a Microsoft Access-based project management solution deployed onsite at the Moscow office. But even with the team in Moscow spending 10 percent of their time recording their hours in the tool, Stefan had to use a VPN to access it. Unfortunately, the tool’s response time was so slow that it did little to help Stefan’s visibility.

To plug these gaps, Stefan resorted to more manual means of getting status updates. He tried high volumes of phone calls and emails with his developers. Even then, he still had to visit their Moscow office on a monthly basis.

The inability to access that information in a timely manner prevented Stefan from allocating and utilizing his development resources at optimal levels, which sometimes resulted in unnecessary delays in project completion and potential missed opportunities for taking on new projects.