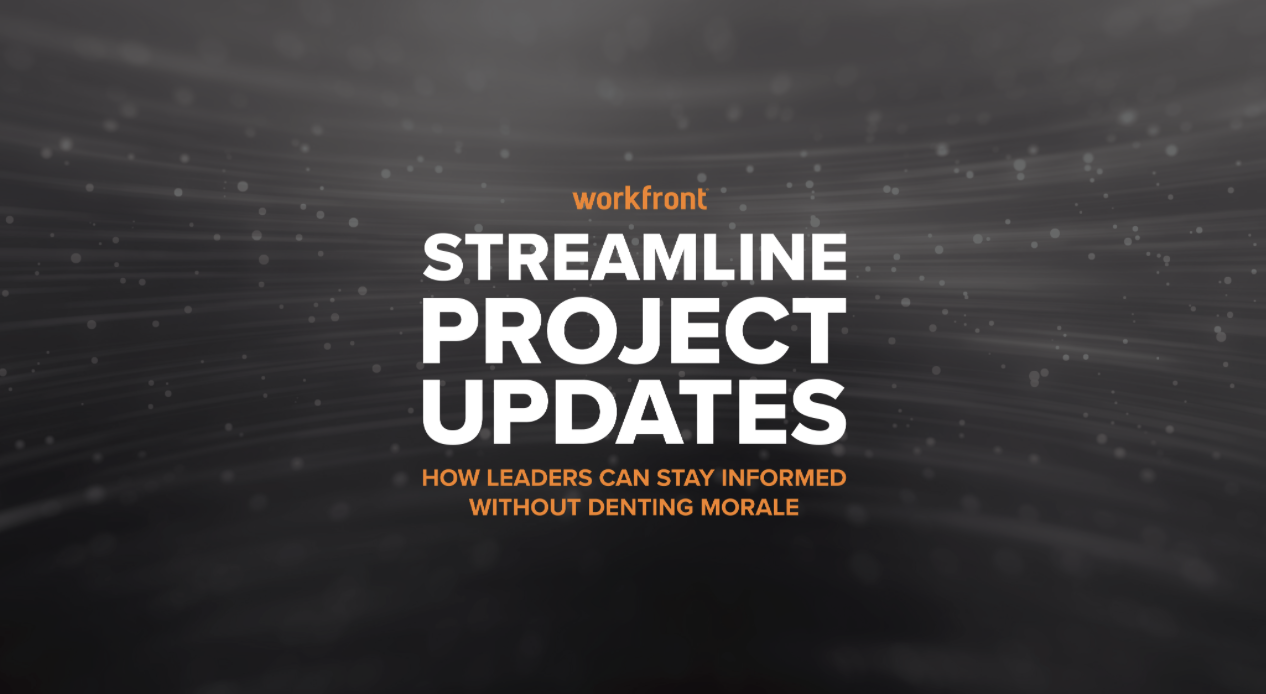 By Alex Shootman | CEO at Workfront

One of the fastest ways to throw away money in a business is to communicate poorly. Distractions and diversions caused by the wrong words, bad timing, or ineffective tone cost an average of $26,041 per worker per year in lost productivity, according to the Holmes Report.

Do the math: multiply the productivity loss by your headcount and you could be counting the cost of poor communication in the hundreds of thousands, even millions of dollars each year.

On the flip side, research into how companies performed at the beginning of the 21st century found those with the best communication culture “had a 47% higher return to shareholders over a five-year period (mid-2004 to mid-2009).”

Get it wrong, it costs. Get it right, it pays off.

You will always need to know what’s happening in your business to keep everyone focused in the right direction and to maintain forward momentum. You’re going to be asking questions and listening to answers every day — and you need to get to the facts fast.

So how do you get fact-finding communication right?

Here are three strategies that masters of modern work implement:

First, you need to recognize the most common symptoms of a poor communication culture. As Benjamin Franklin once quipped, a person “who is good at making an excuse is seldom good at anything else.” More than two centuries later, you can say the same about managers who are good at blaming others when things go wrong.

Nathanael J. Fast of the Marshall School of Business at the University of Southern California believes that laying-blame and making excuses are like a virus in a business. One employee sees someone doing it, and the contagion spreads.

“All you have to do to ‘catch’ the blame virus is to be exposed to someone else passing the buck,” says Professor Fast.

The germ being spread by the virus is all about self-image. “When people observe others protecting their egos, it spreads,” he adds. And the consequences of this infection play out personally and collectively.

Professor Fast explains, “People who blame others for their mistakes lose status, learn less, and perform worse relative to those who own up to their mistakes …  the same applies for organizations. Groups and organizations with a rampant culture of blame have a serious disadvantage when it comes to creativity, learning, innovation, and productive risk-taking.”

If you want to get work done right, you need an antidote to inoculate your business against blame and excuses.

And that starts with how people see you communicate.

Let’s break down what you are trying to do when chasing for an update on progress. You just want the facts. How you frame your questions makes all the difference.

“Why hasn’t this been done?” will get a different response to “Why haven’t you done this?”

The latter is loaded with a presumption of fault. The other puts the problem, not the person, at the center of the enquiry.

Better still: “How likely is this to get done?” or “What quality of work do you think is happening on this?”

Instead of phrases like “Why didn’t you do that?” try:

“Where do you think we are now?”

“Is that where you think we should be?”

“What do you think the next steps ought to be to get us to where you think we should be?”

“What do you think the next action should be?”

Just taking out “why” from an initial round of fact-finding questions will mitigate against excuses and blame. You are stripping out emotion and an undercurrent of accusation and striking a neutral tone.

There are two questions I ask every day at Workfront to junior and senior colleagues: “What do you think we should do next?” and “What do you think we can achieve in the next week or two?” There’s no need for guilt, praise or blame and no room for caveats or tentative “maybes”.  I just want to know what’s happened and what’s happening next. And, crucially, I want to hear the answers come from the team or the individual. And be aware that the bigger the gap between you and the people who are doing the work – the more intervening links in the management chain – the more neutral language can help. When people worry that a leader is looking at them and their work with a critical eye, there’s a temptation to deflect blame. Neutral language stripped bare of emotion removes that temptation.

So, you’ve taken out “why” from your initial round of fact-finding questions. But you still need to hold people accountable for their successes or failures.

In their book, How Did That Happen?, business consultants Roger Connors and Tom Smith set out three principles — the Accountability Assumption, Accountability Fallacy, and the Accountability Truth. These principles remind us that (a) most people want and aim to do a good job; (b) failure to accomplish tasks is a different problem than accountability, and (c) leaders who fail to set clear expectations or follow-through on promises are culpable when things go wrong for their team.

Connors and Smith concluded, “True accountability is not about punishment. It is not about taking revenge against someone who has failed to meet your expectations.” Instead, it’s about understanding accountability as a valuable and positive personal attribute in your team. Instead of “How did that happen?” Connors and Smith suggest leaders should ask: “How did I let that happen?”

Technology for the 21st Century

You can’t automate accountability, but you can automate the first round of fact-finding enquiry.

If tasks are planned, allocated to the team, and tracked as progress is made using an operational system of record that spans the business, you will be able to see what’s flying and what’s red-flagged — and those red flags are your cue to ask the team more questions.

Today, most companies are still trying to do this with 20th century tools and methods: spreadsheets, email, and gathering people together for progress meetings.

That might have worked before information moved as it does in today’s digital age. But right now, too many systems to record and track progress are hindering clear communication.

An operational system of record will help you get a quickly to a view of the truth about your most critical work.

So, your next question is right there. How much is automation helping to improve communication in your business? Sure, unemotional, neutral language will help you to quickly establish the facts in the areas where you need to concentrate attention … but you need to know where to concentrate attention first! You should be asking technology to help you with that first step. Remember, bots don’t praise or blame.